IBG first launched two versions of the PZL P.11 kit. We tested the model, including its construction, on the pages of the magazine Plastic Planet - No. 5/2019 and No. 6/2019. It is necessary to say that the model PZL.11G captured our colleague and the building review in the magazine has been very positive. 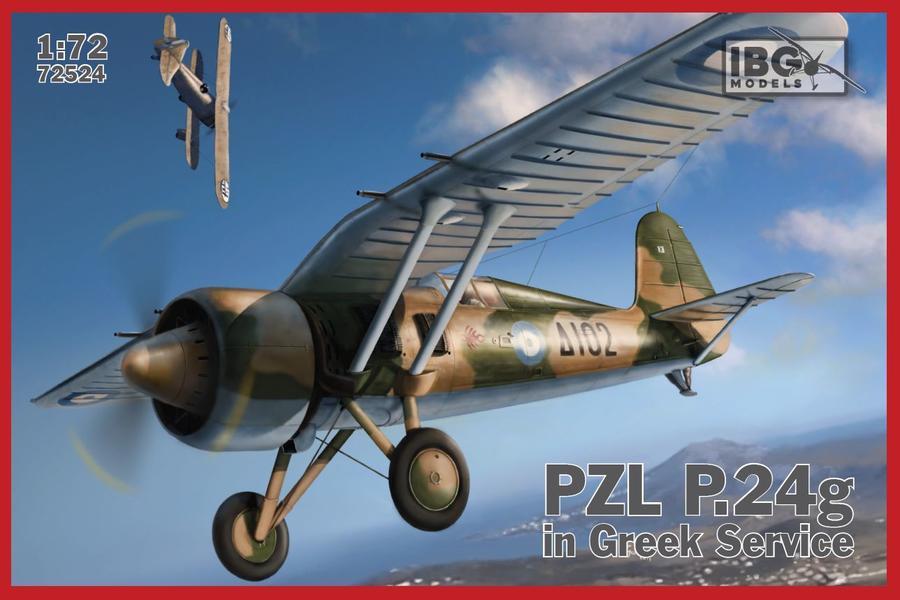 Fighter P.24 has been culmination of the development of Polish fighter high-wing fighters designed by Z. Pulawski and state company PZL. It was based on machines P.7 and P.11, which formed in the thirties the basis of the Polish fighter air force. He got a more powerful engine Gnome-Rhone and armament of four weapons in the wings. Machines were not purchased by Poland, relying on the development of the new fighter PZL P.50, but it celebrated export success and it was delivered to Bulgaria and Greece, in Romania and Turkey, in addition to supplies from Poland, this fighter was produced under license.

The most famous became the deployment of fighters by the Greek Air Force. First against the Italians. Greece had received machines in three different versions: five of the initial version P.24A, the most numerous 30 pcs of the version P.24F armed with a pair of Oerlikon guns and a pair of machine guns and finally six machines of the version P.24G with armament of four machine guns. With the Greek pilots, the machines have achieved great success. From the initial days of invasion by Italy to the bitter defeat after Germany's entry into the war against Greece, the Greek pilots fought against the superiority of the enemy. Despite this, they managed to stand up in the beginning and flooded the Italians badly. Only the overwhelming predominance - quantitative and qualitative - after Germany's entry into the war led to the final defeat of the Greek Air Force. PZL P.24 is a symbol of this heroic struggle.

IBG first launched two versions of the PZL P.11 kit. We tested the model, including its construction, on the pages of the magazine Plastic Planet - No. 5/2019 and No. 6/2019. It is necessary to say that the model PZL.11G captured our colleague and the building review in the magazine has been very positive.

Today we bring you a photo review of the latest news - model PZL P.24G. Version G was less numerous and the machines from the beginning had only four guns calibre 7.92 mm in the wings. The manufacturer tried to show all the differences of this version. The parts are divided into a total of 9 grey frames and one with transparent parts. In addition, there is one sheet of etched metal parts and a sheet of decals in the kit. A special feature is the added transparent foil, which in combination with etchings make an alternative thin cockpit. A comprehensive guide on 12 pages leads through the construction step by step and at the end we find three alternative camouflages. One is pre-war silver, the other two then camouflaged from the fighting. The last machine 109 was found damaged by the Germans after the end of the campaign at Argos airport. 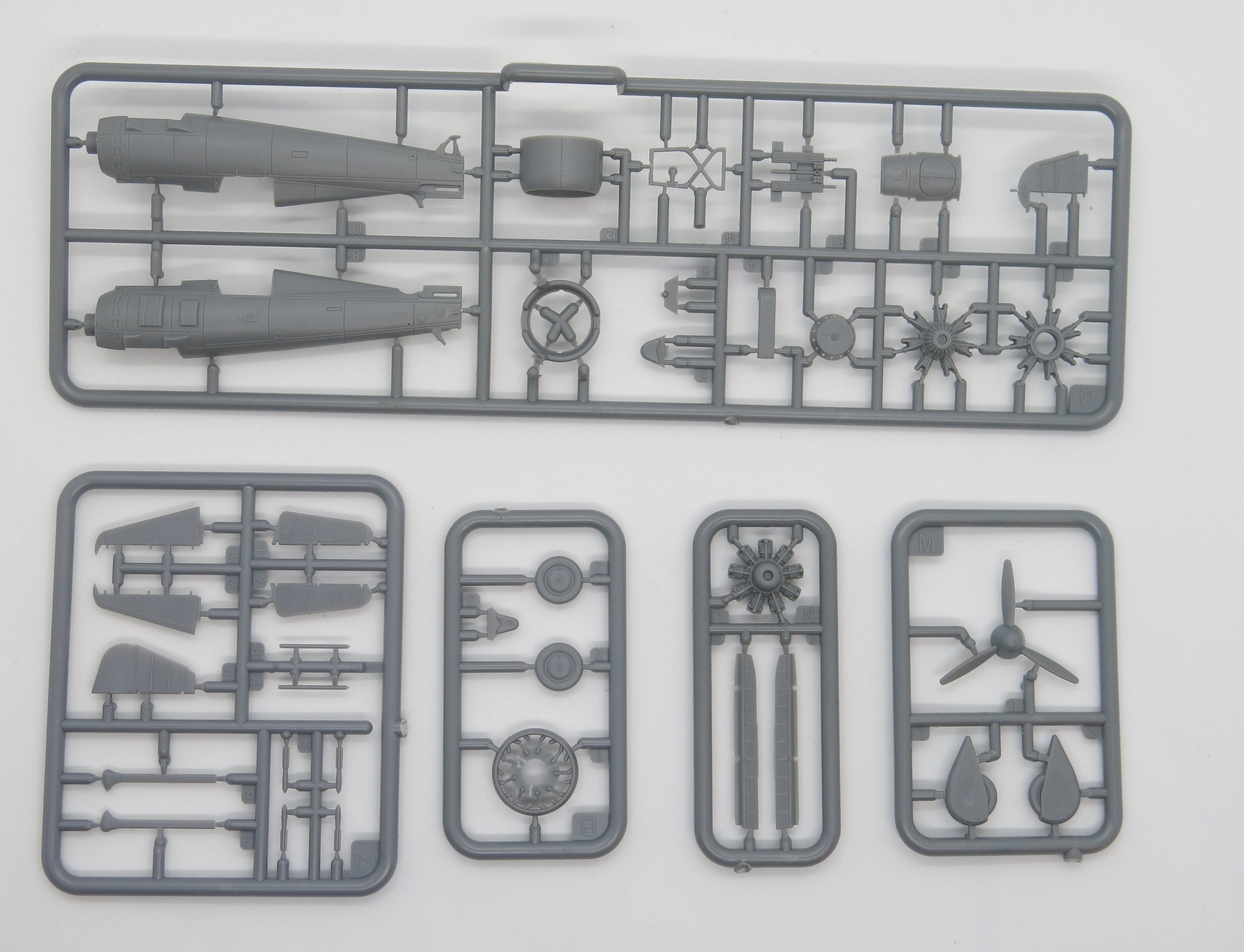 The kit has been divided into a total of six dark gray frames. The basis of the fuselage is a frame Q with halves of the fuselage, engine and other parts. Frame B is somehow special. Only wheels will be used, but you will not find them in the instructions. At the same time for both camouflages from war period are needed. Similarly, you will not use the motor from the N frame, only the ailerons. 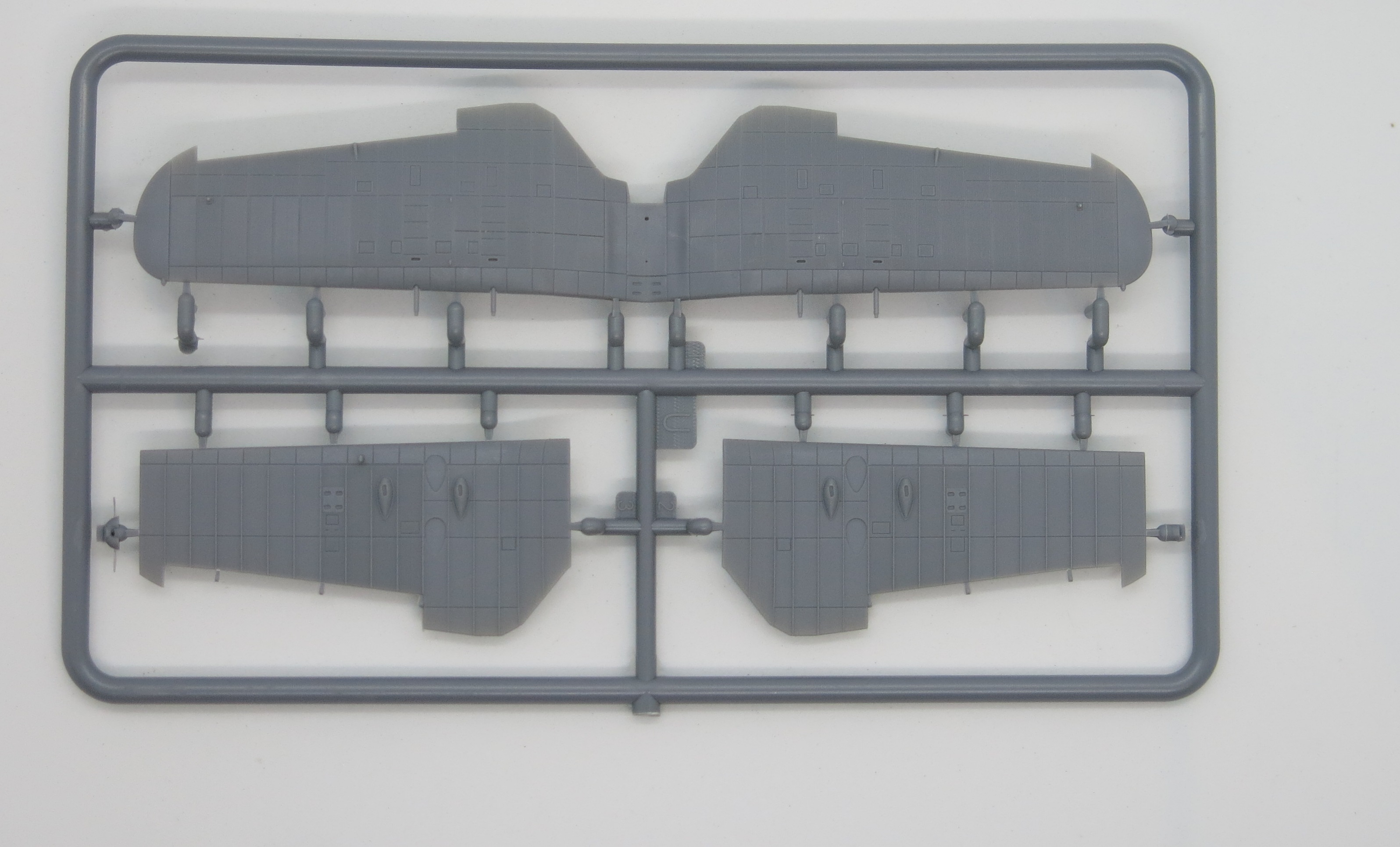 The wings are available on the separate frame. They have four machine guns built into the wing. This is a difference of the version P.24G. 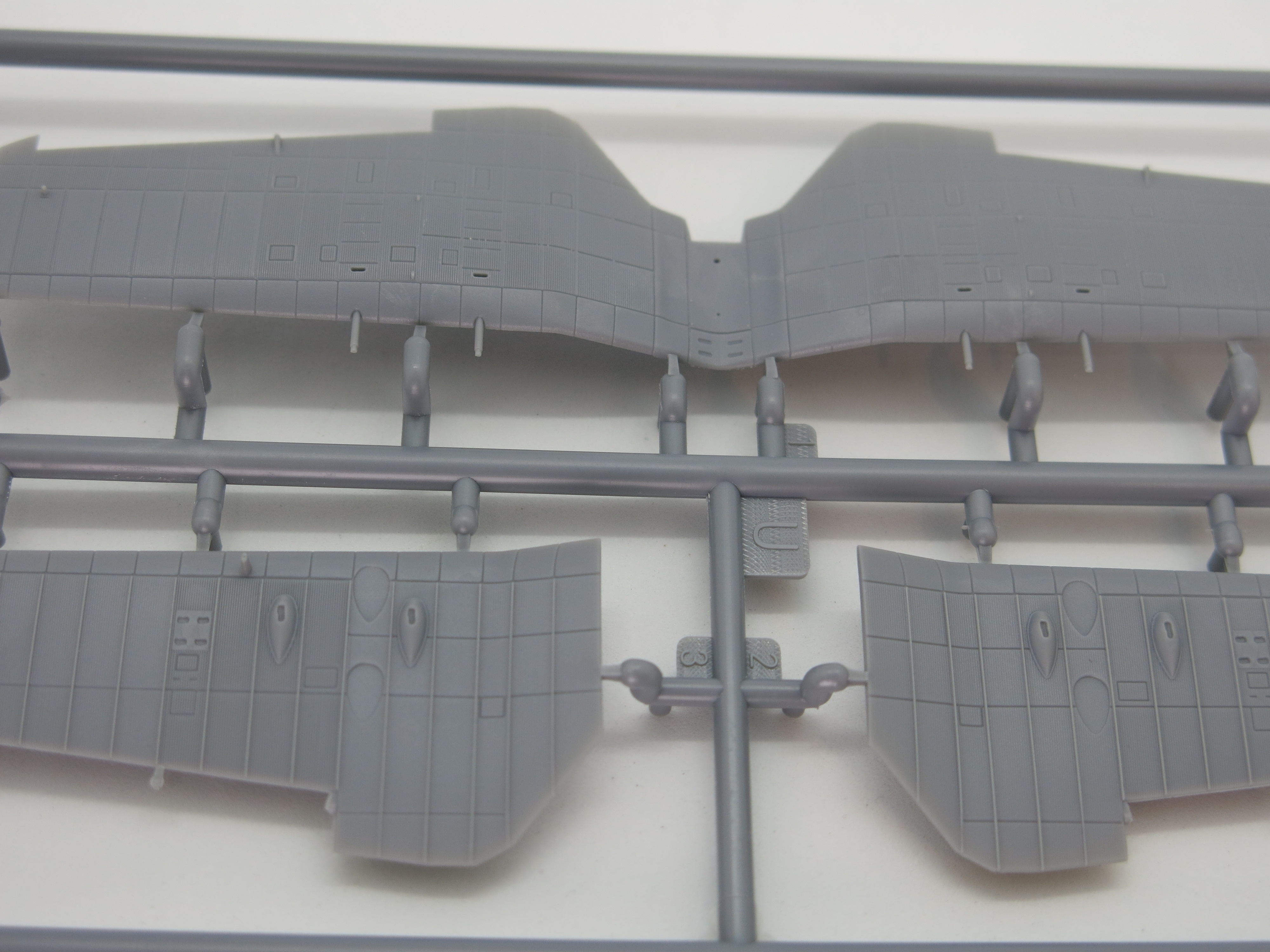 Wing surface in detail. Nice surface and note the cover of machine gun mechanisms and holes for the casing dropping. Everything is sharp. I'm looking forward to the P.24F version. It will certainly have a different frame with wings, as usual with IBG. 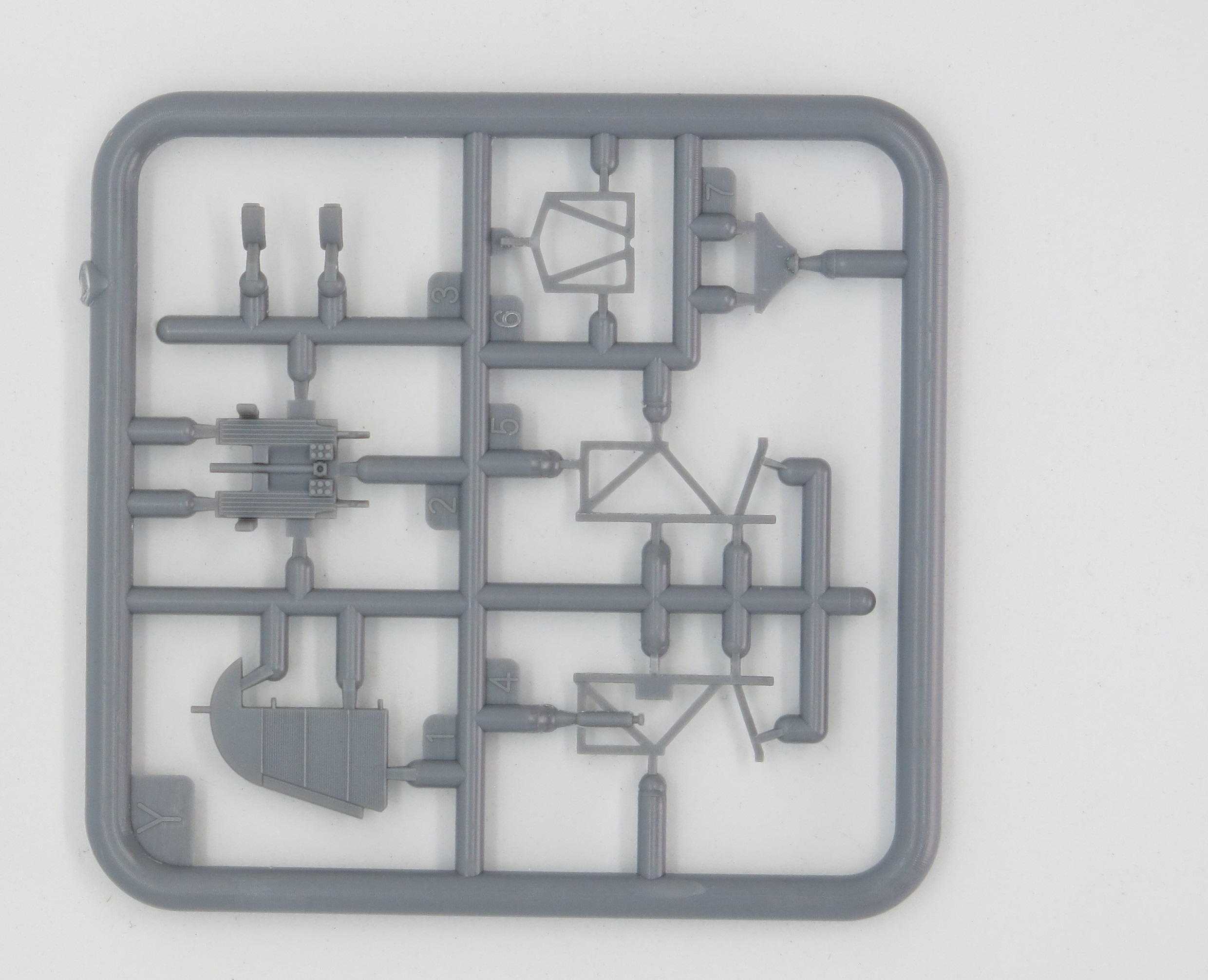 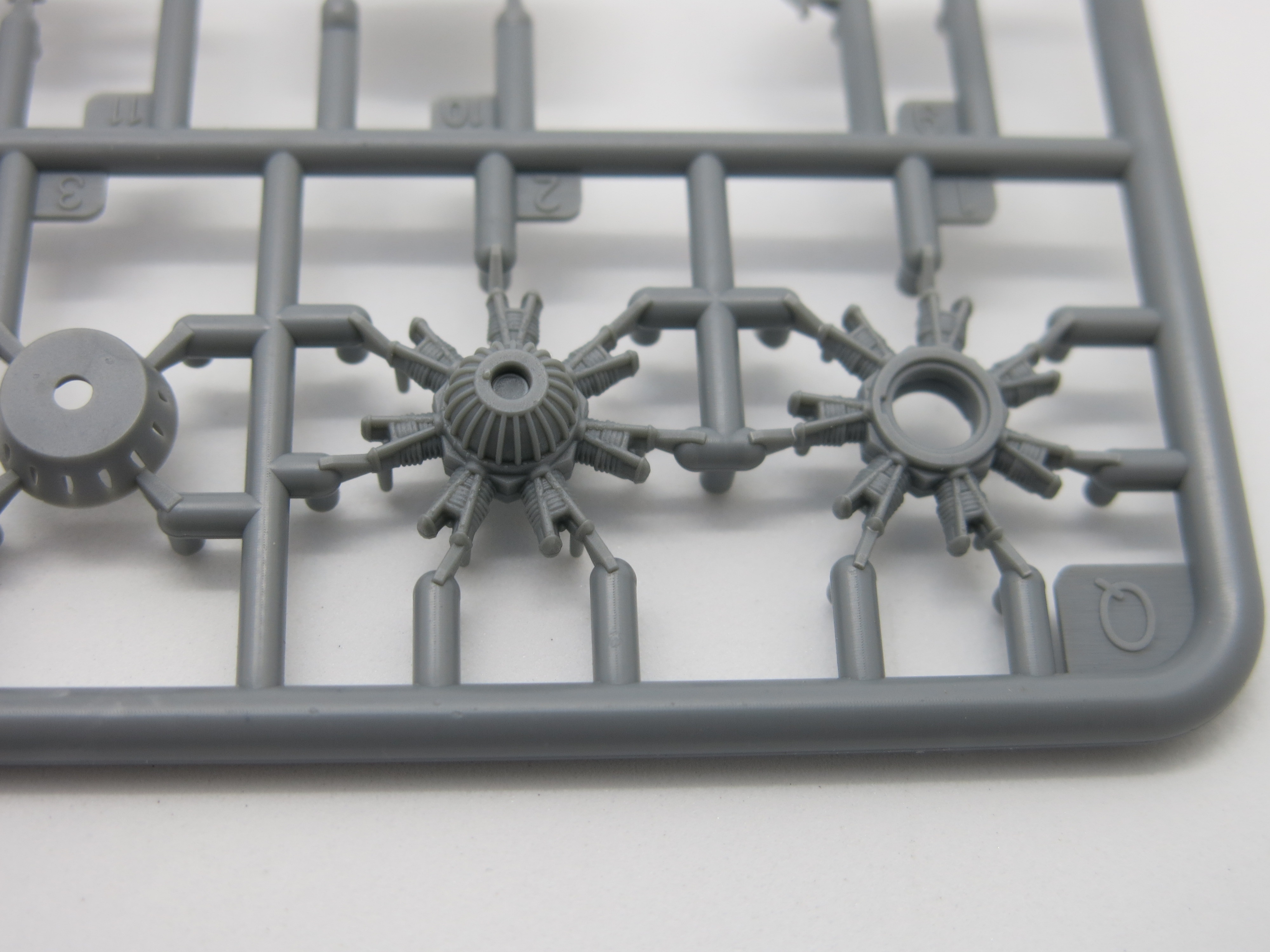 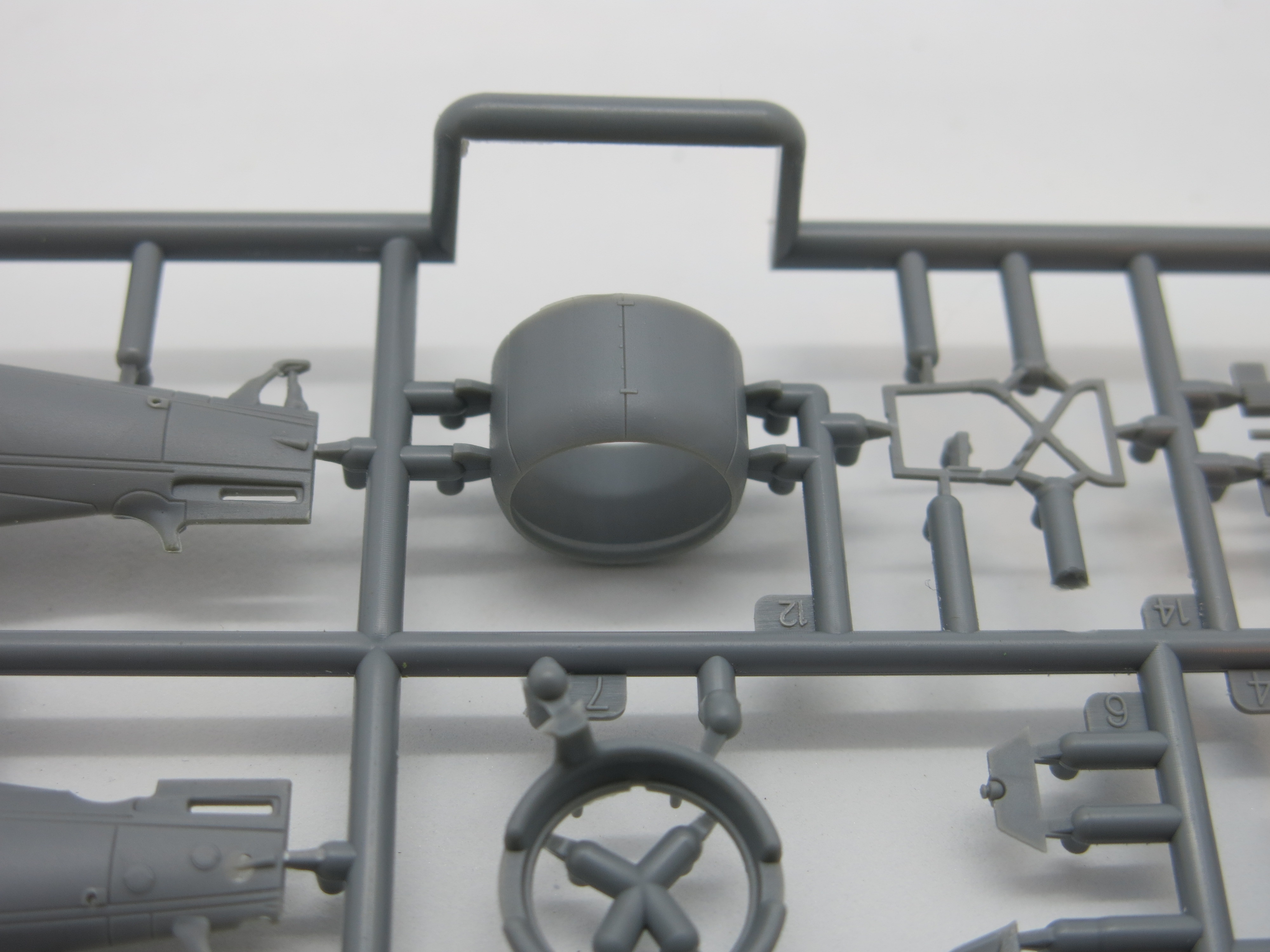 The engine consists of several parts. Photo Etched details are also available. The cover is then molded integrally by means of a core-insert mold. 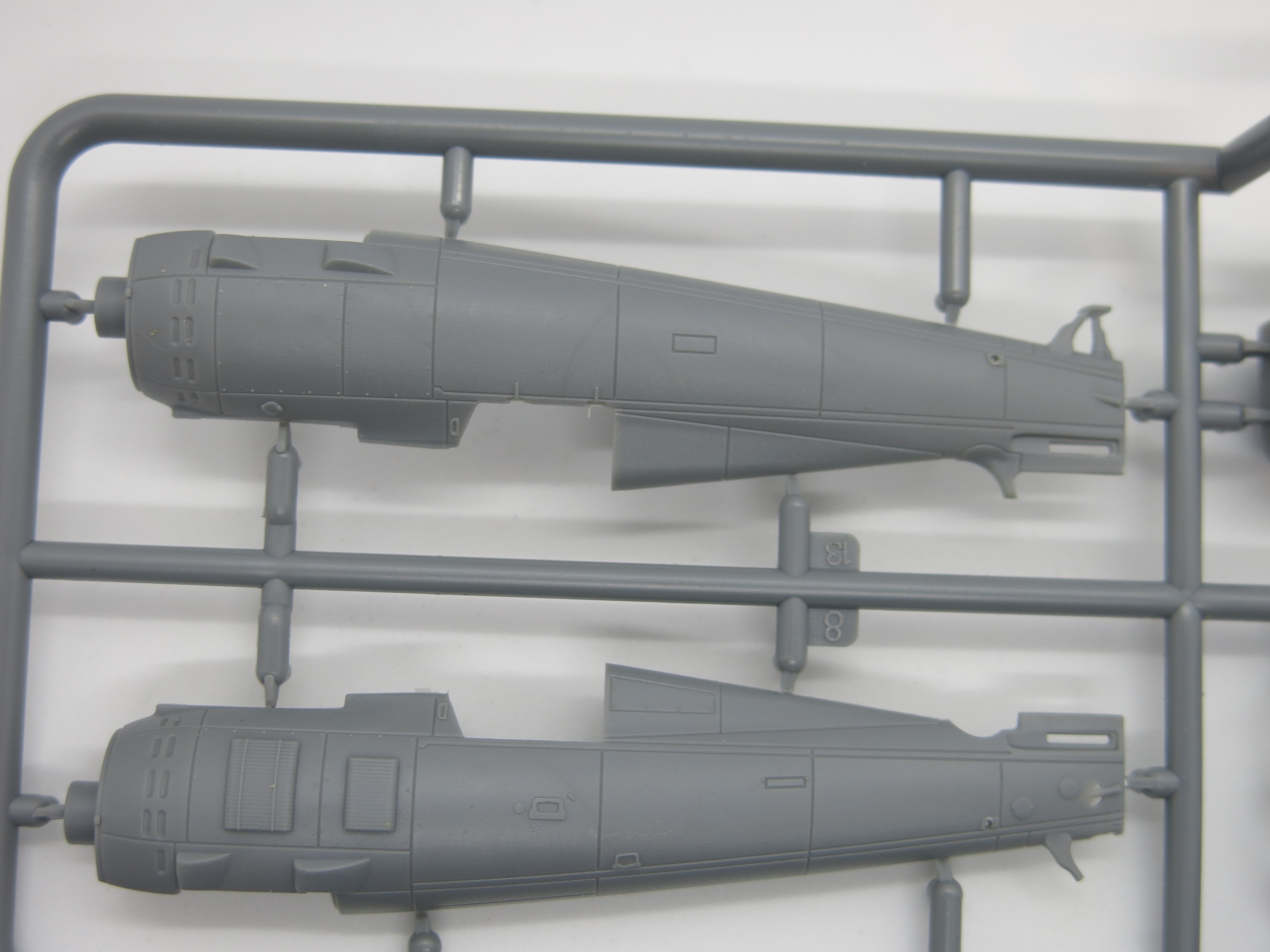 The quality visible on fuselage - in detail. 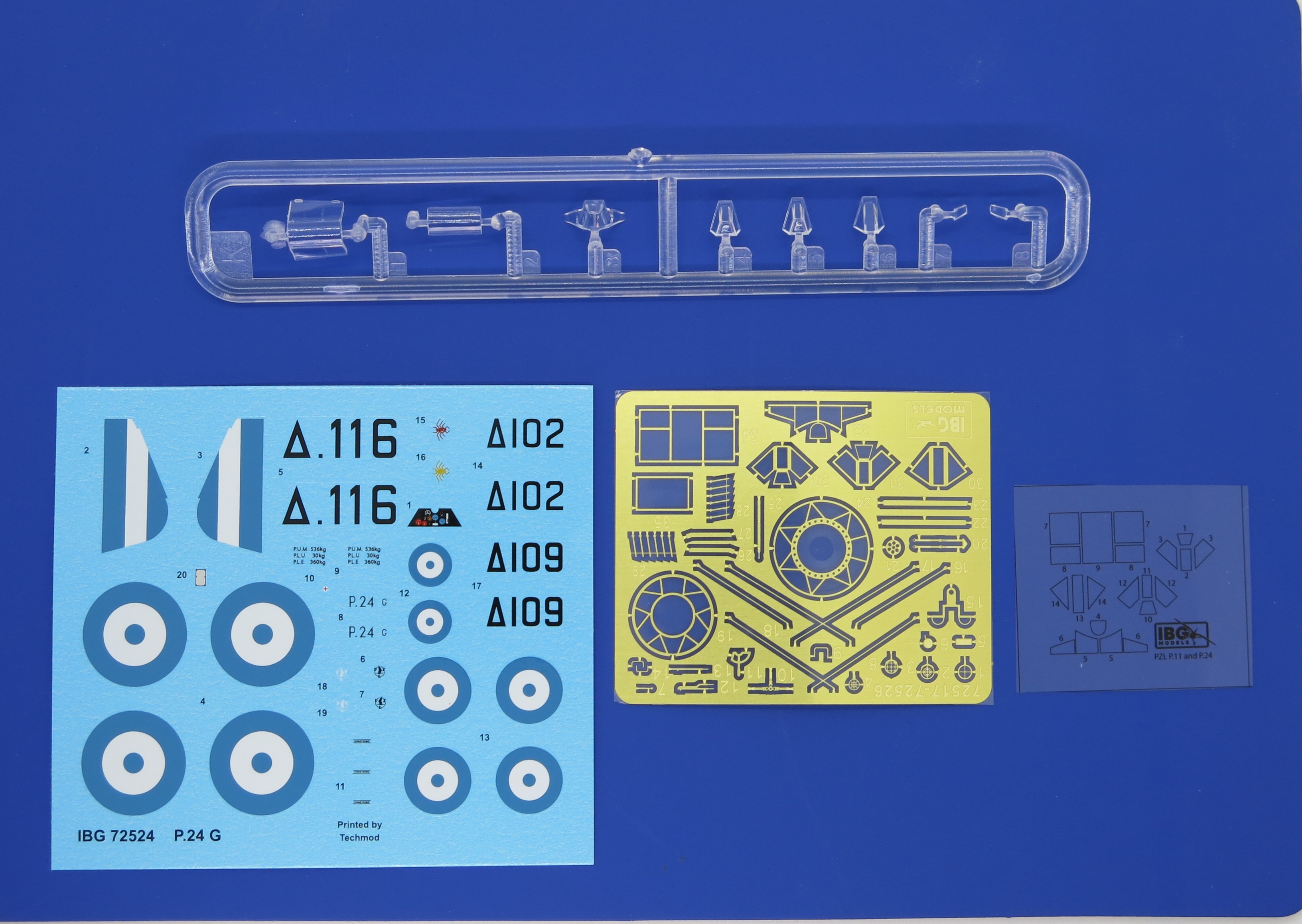 Transparent parts are a bit thicker, but still usable. As an alternative, a transparent foil with printed cab parts and etching frames is included. Decals contain three camouflage versions.

IBG is a kit again. Arrangement in smaller frames is unusual, but it does not reduce the quality of the model. On the pages of the magazine Plastic Planet No. 6/2019 we showed the construction of the model PZL P.11g by Mr. Lukáš Mekini. We will definitely return to the P.24 and check, if the quality has been the same. 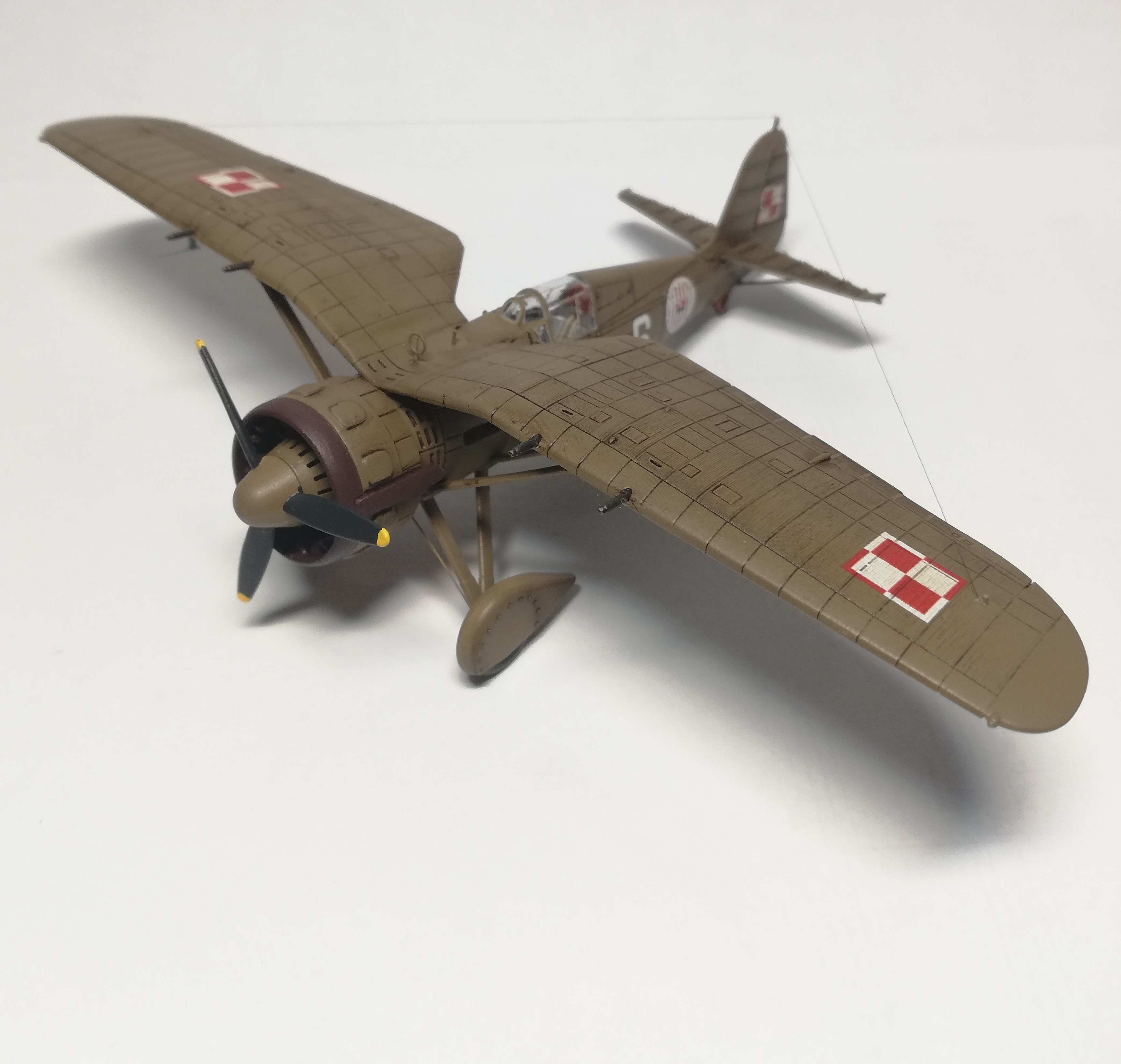 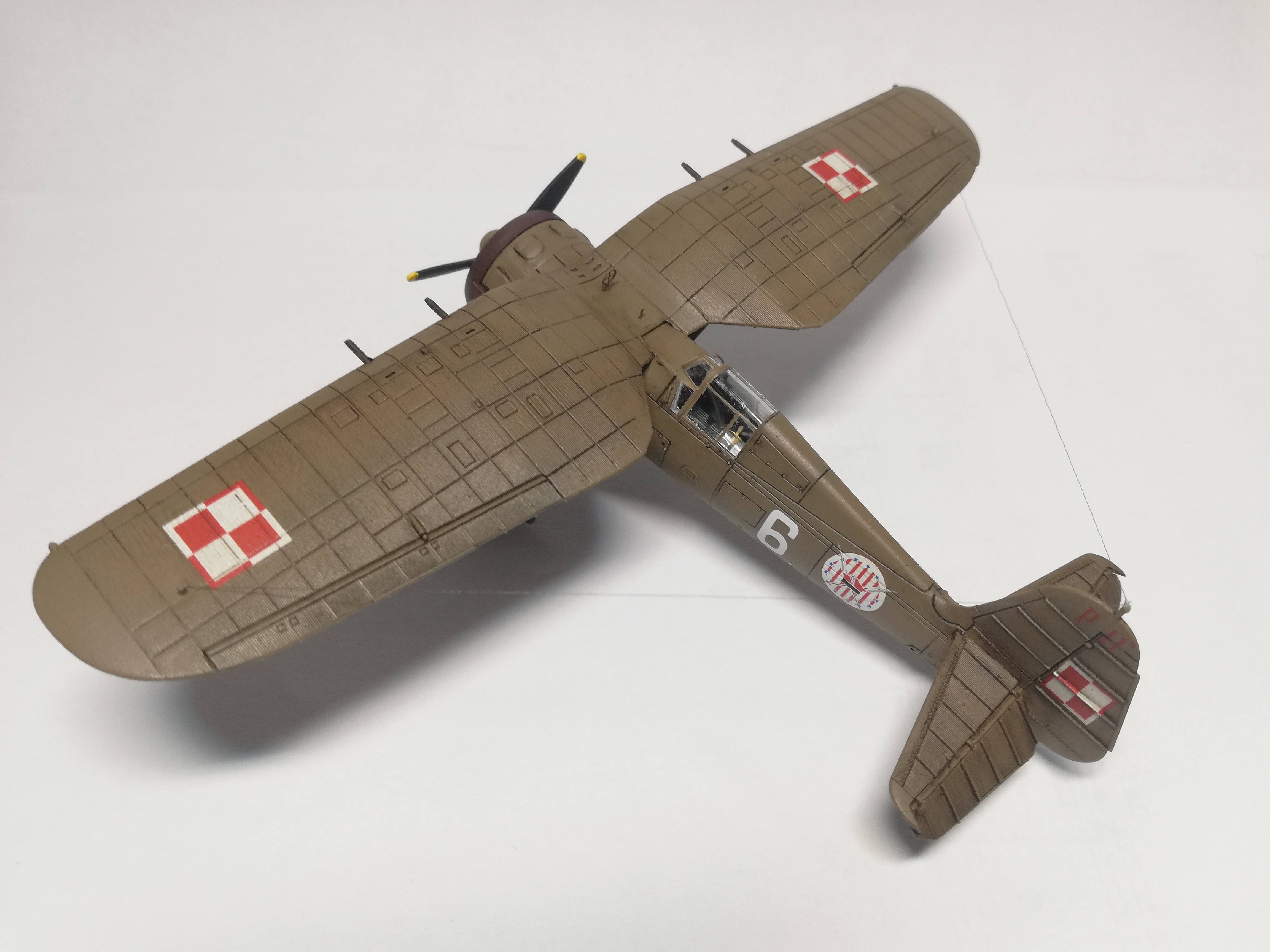 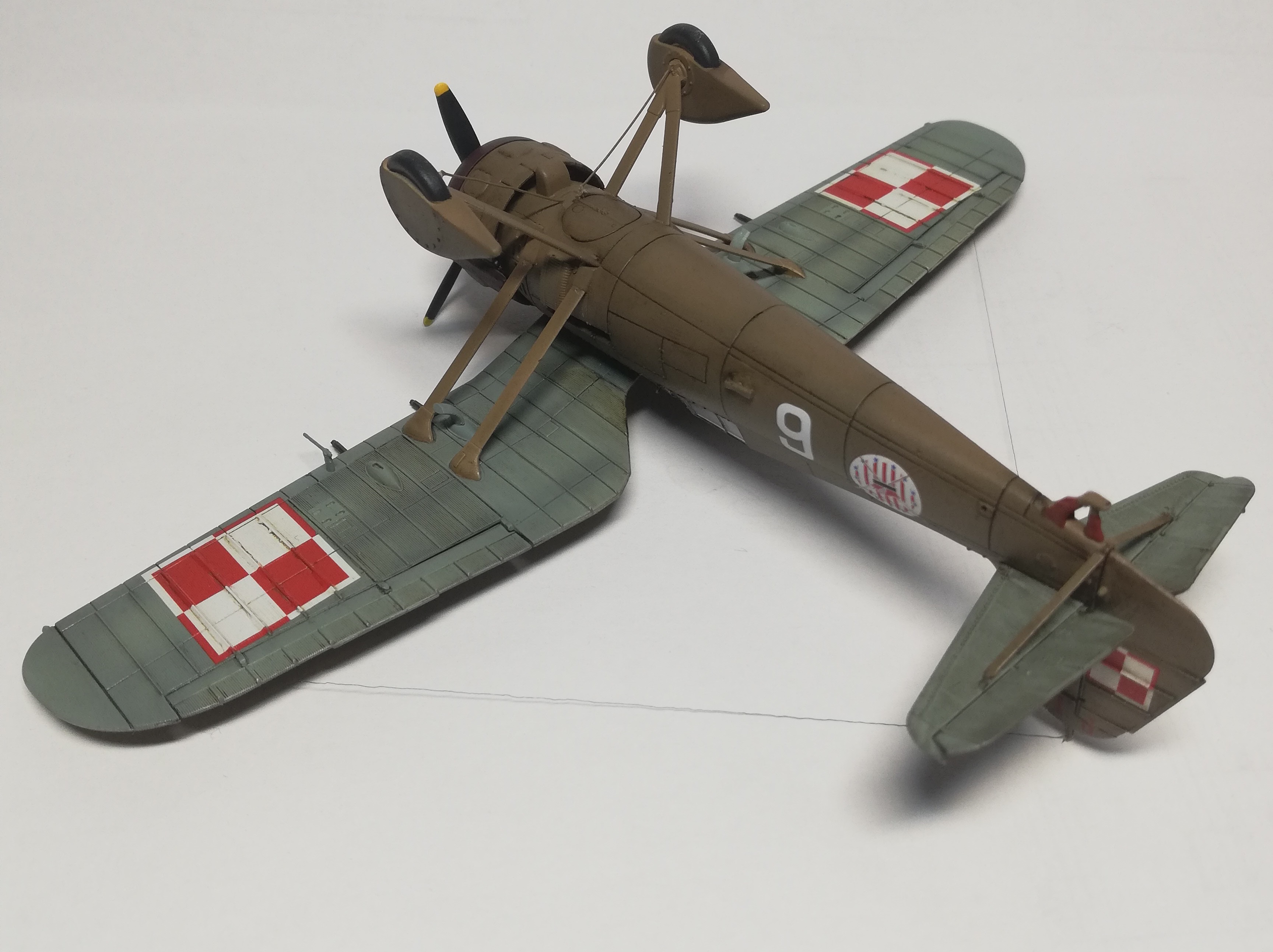 Plastic Kits from IBG you can buy here:

More about history of PZL P.24G: