We use cookies
This website uses cookies and other tracking tools to improve the user experience, display customized content and ads, analyze website traffic and determine the source of traffic.
Edit my preferences I agree to the use of all cookies
You can deny consent here
Home / News / Photo review of Pz.Kpfw.IV Ausf. J Nibelungenwerk Late Prod. (Jan – Feb 1945) INTERIOR KIT 1:35
Manufacturers
Information
Shop Plastic Planet 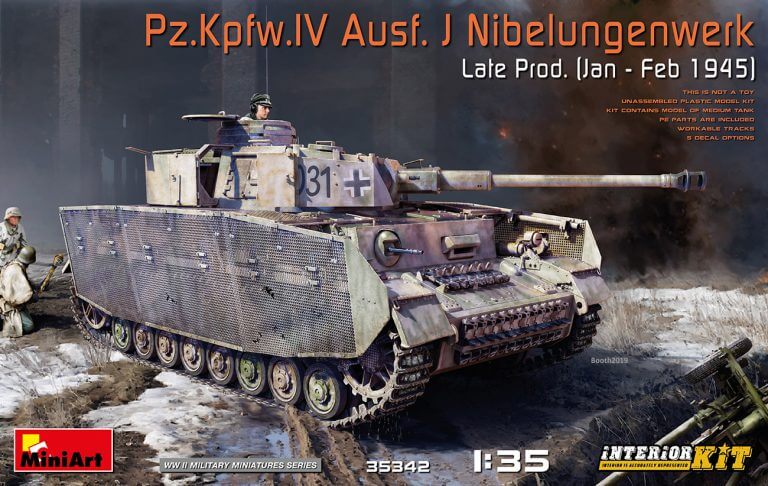 Panzerkampfwagen IV (SdKfz 161, PzKpfw IV or Pz IV) was a true "German draft horse" of World War II. This German tank was was developed since 1933 in Germany as a medium tank designed to support infantry. The first prototypes were created at the turn of 1935/1936 and used throughout World War II.

Originally, the Pz IV tank was designed to support the attacking infantry, while the Pz III was designed to combat the enemy's armored vehicles. In the first variants of the Pz IV, the main weapon was a short 75mm cannon (7.5 cm KwK 37 L / 24), which, however, was not exactly ideal for combat with the enemy's armored vehicles. In addition, he was armed with two machine guns. That equipment showed variants PZ IV A to F1. The deployment of Pz IV tanks on the Eastern Front, where they clashed with heavily armored and better armed T-34 and KV-1 tanks, showed the urgent need to develop a tank capable of at least a little balanced fight with these enemies.Since the Pz III tank did not allow the installation of appropriately strong armament and the development of new types would be lengthy, only the Pz IV tank remained, which was quickly armed with a long 75mm cannon (7.5 cm KwK 40 L / 43 for versions F2 and G, 7.5 cm KwK 40 L / 48 for versions H and J).Production of the first F2 tanks began in March 1942. In total, by the end of World War II, about 9,000 of these tanks were produced, of which just over 7,850 with a long cannon. Tanks were used after World War II. They were used, for example, by the Czechoslovak army or the French army, which then sold the discarded tanks to Syria, which deployed them against Israel during the Six-Day War in 1967. 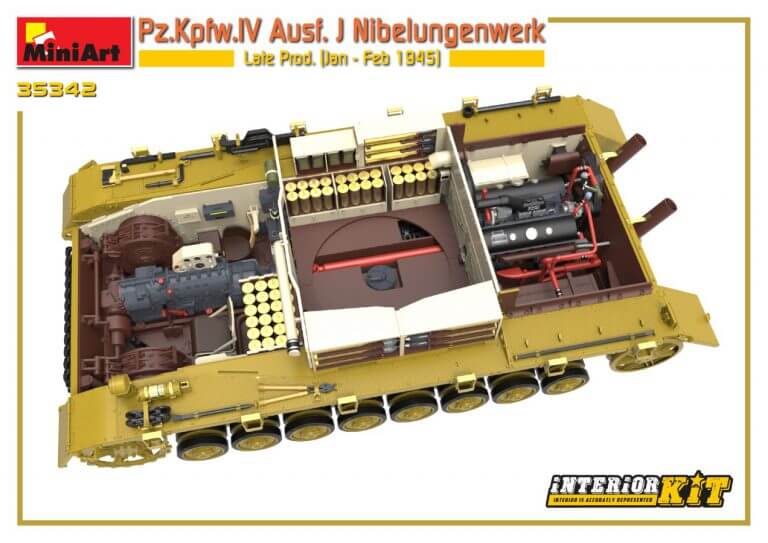 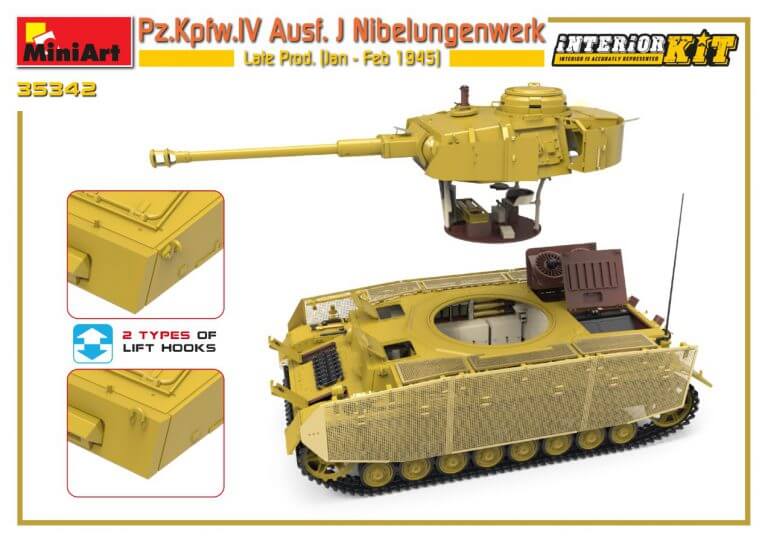 The year 2020 was really strange, we fought in the world, and we are still fighting with a small twist, and on the modeling scene it was marked by unexpected duels of manufacturers. The Bumblebee duel was not even a duel, but then a 109E duel followed, and even such rarities as the SIAI-Marchetti SF-260. At the end of the year, we also have Pz.IV Ausf.J from MiniArt, which also called for the recently released J čka from RFM and Border. Really unconventional. It should be noted that MiniArt again brought an extremely detailed and sophisticated model - sometimes I feel that it could put the name of the manufacturer of the final models… 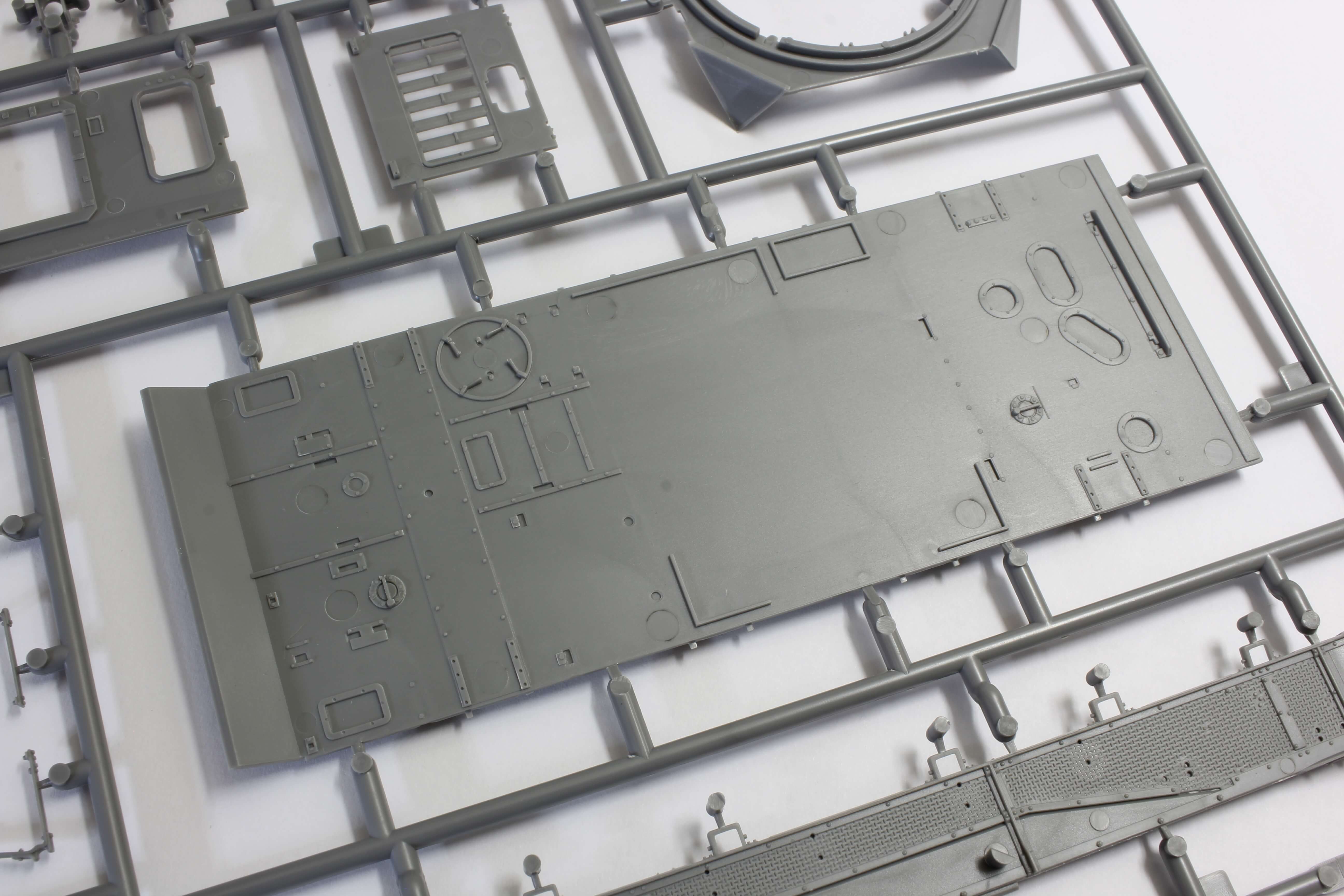 The parts are extruded absolutely precisely, without displacement of the mold or other defects. The fine dividing plane is obvious, but I didn't find any parts where it would be extreme. We will sometimes have to seal the ejectors, but they are always on the interior parts - or the interior of the part, because of the completely modeled interior. But a large number of them will not be visible when folded - they will be hidden behind the equipment - but something will need to be sealed. 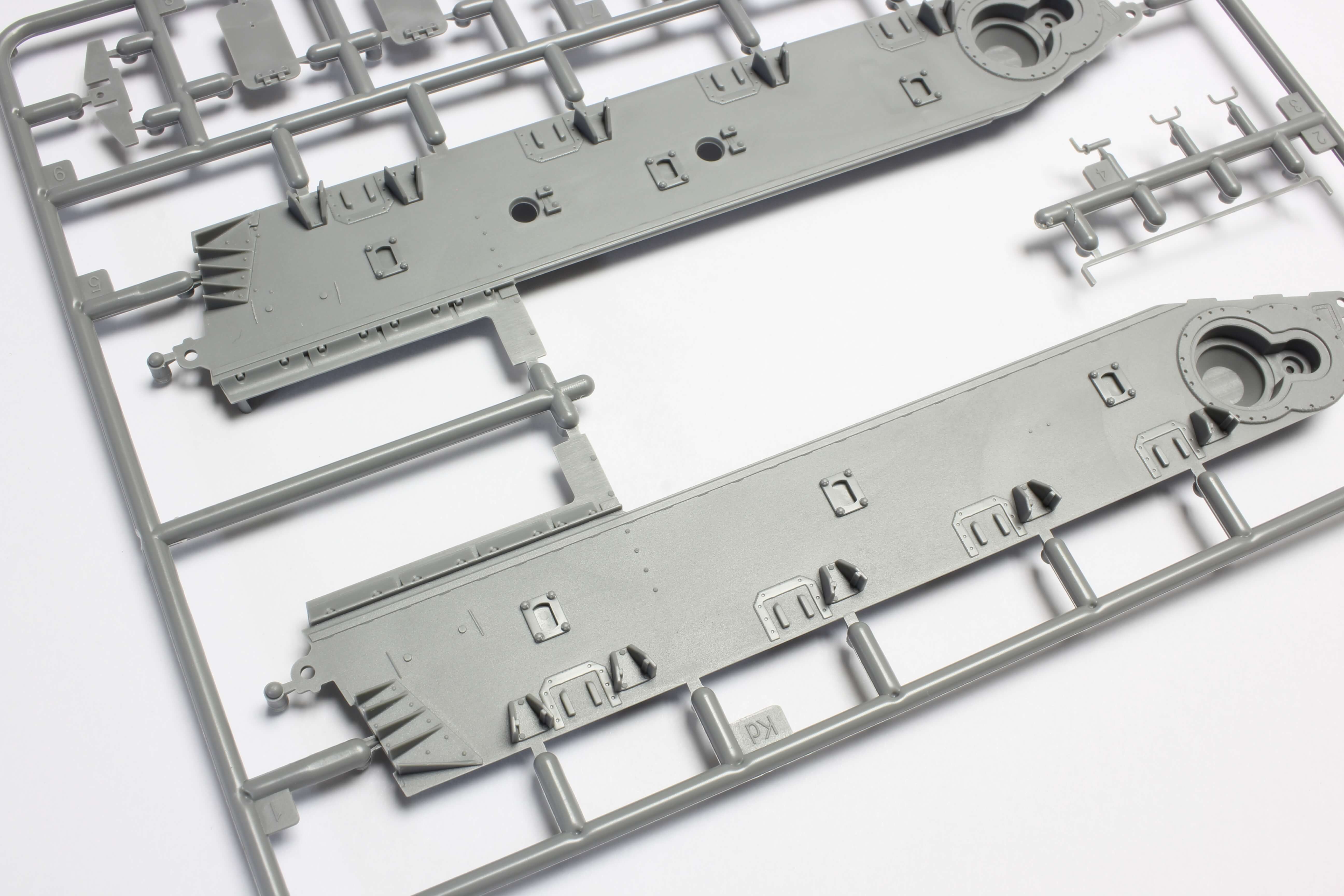 The design of fine details is really beautiful - here the outer face of the sides. 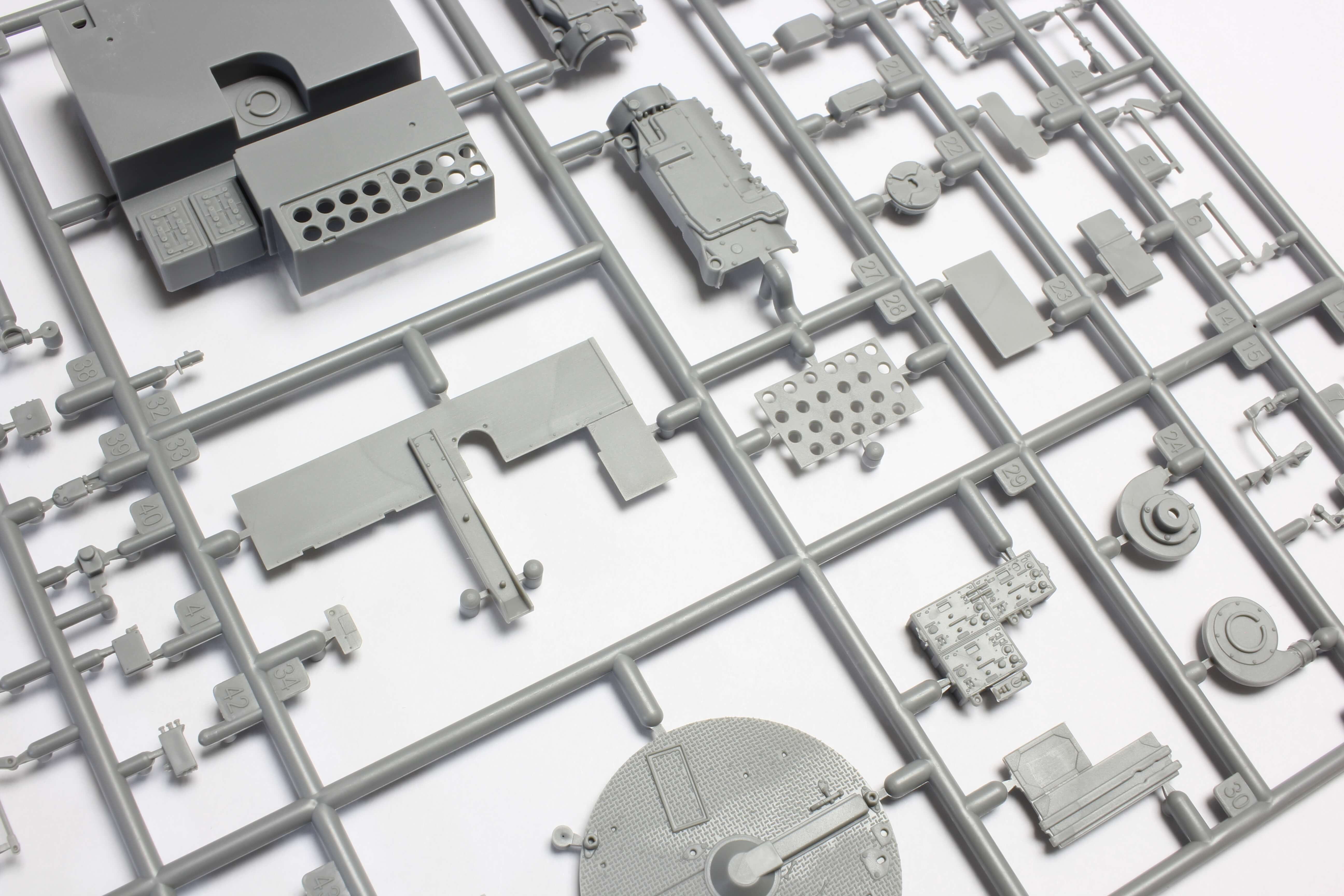 The complete engine with gearbox is matter of course, and such details as the storage of amunnition are done correctly to scale - the delimiting plates are in etchings. Detailed equipment, including a compass, is then a matter of course. And the modeller will find out where he had Pz.IV batteries... 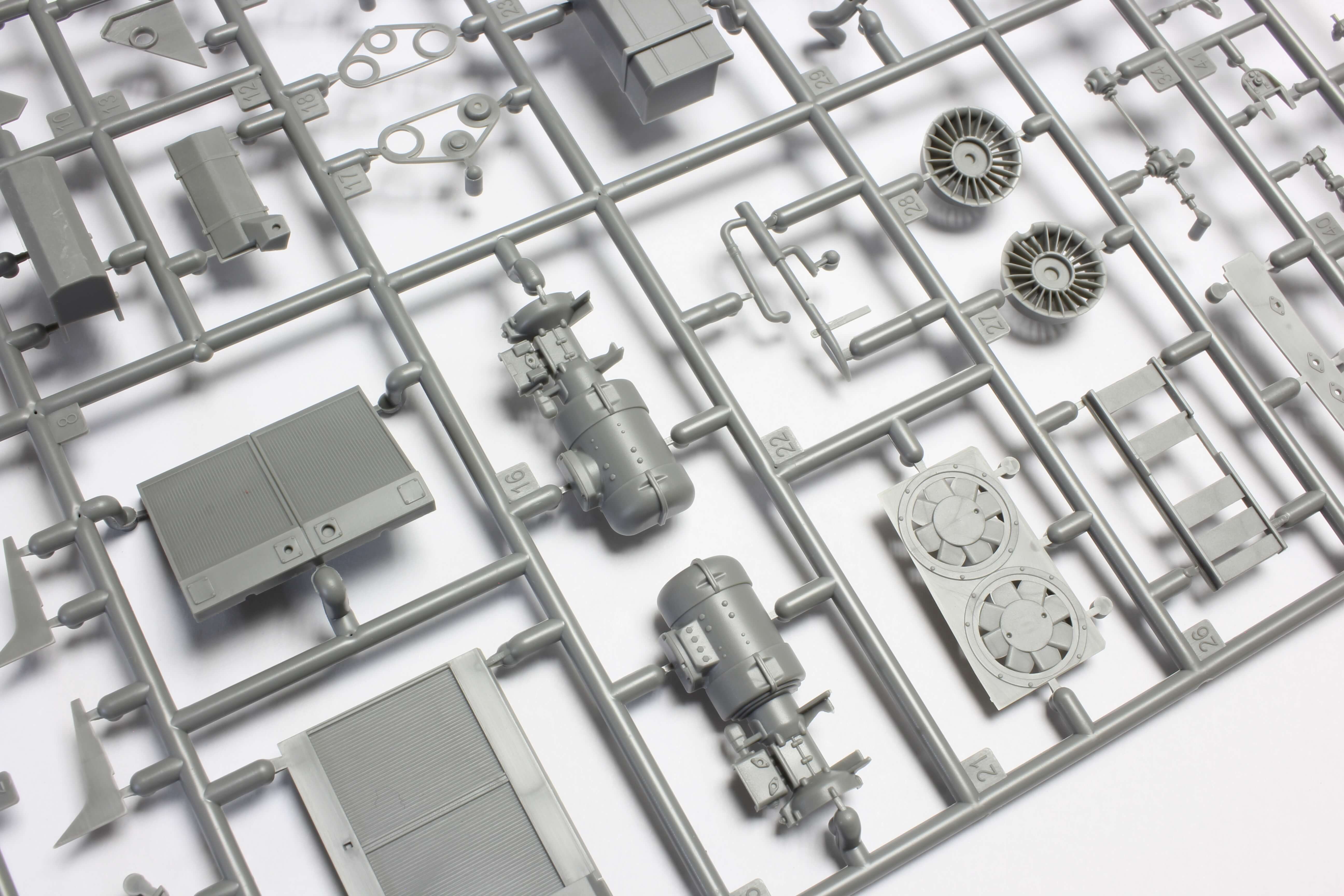 I don't remember better design of the fans ... 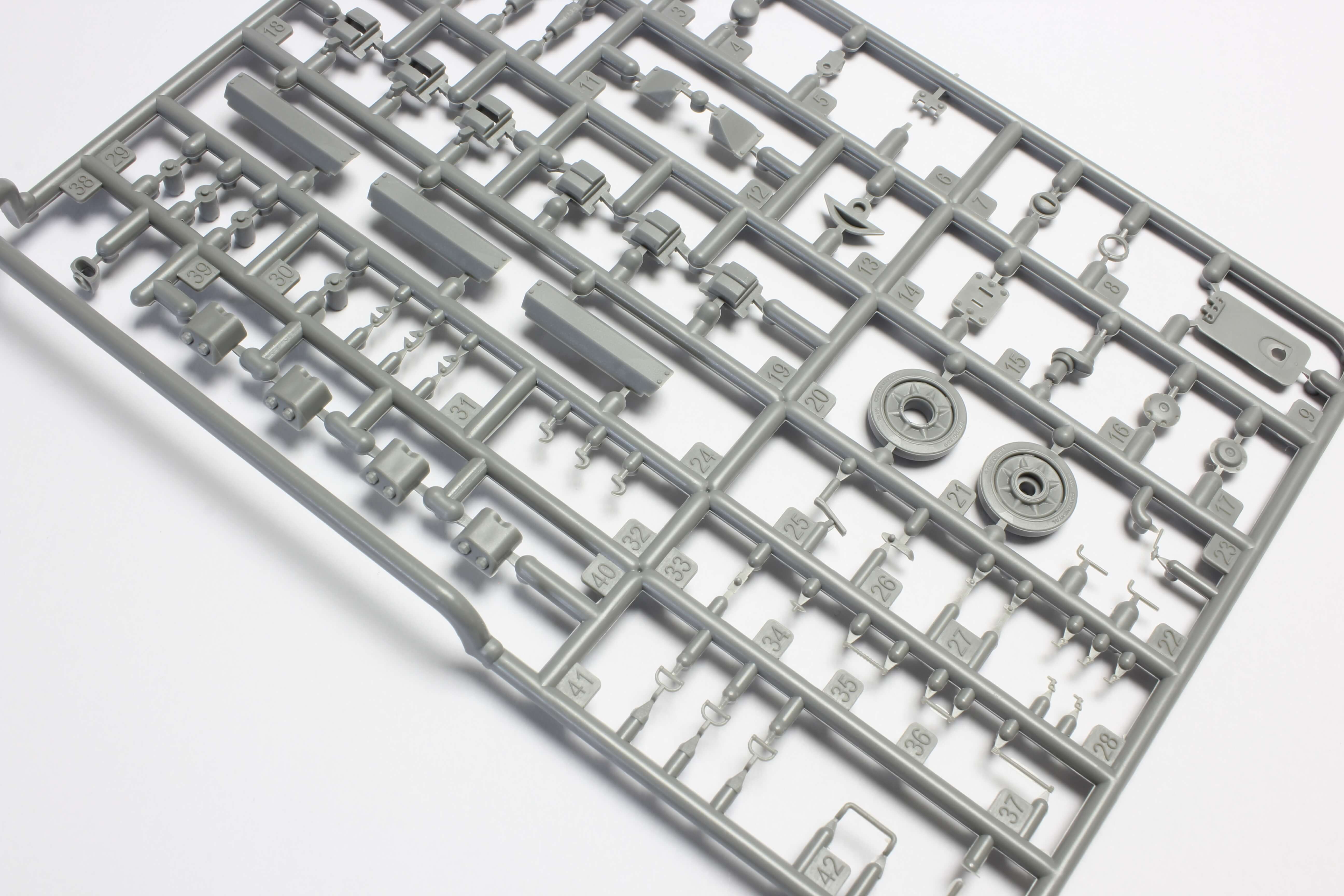 The wheels also have such a detail as the logo of their manufacturer - here Continental and the marking of their size. 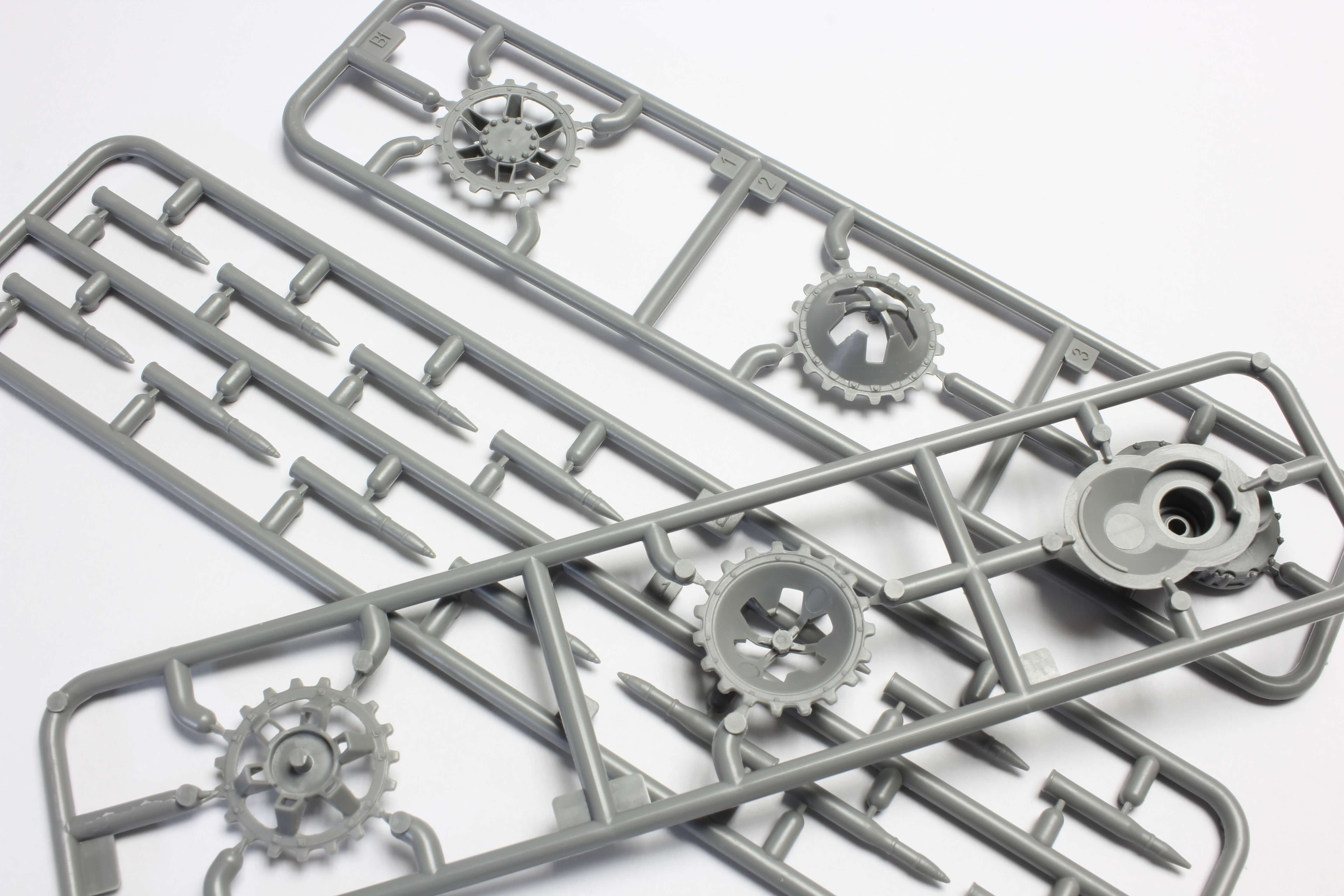 The design of the wheels is also perfect for the main wheels. Ammunition is also obliged ... 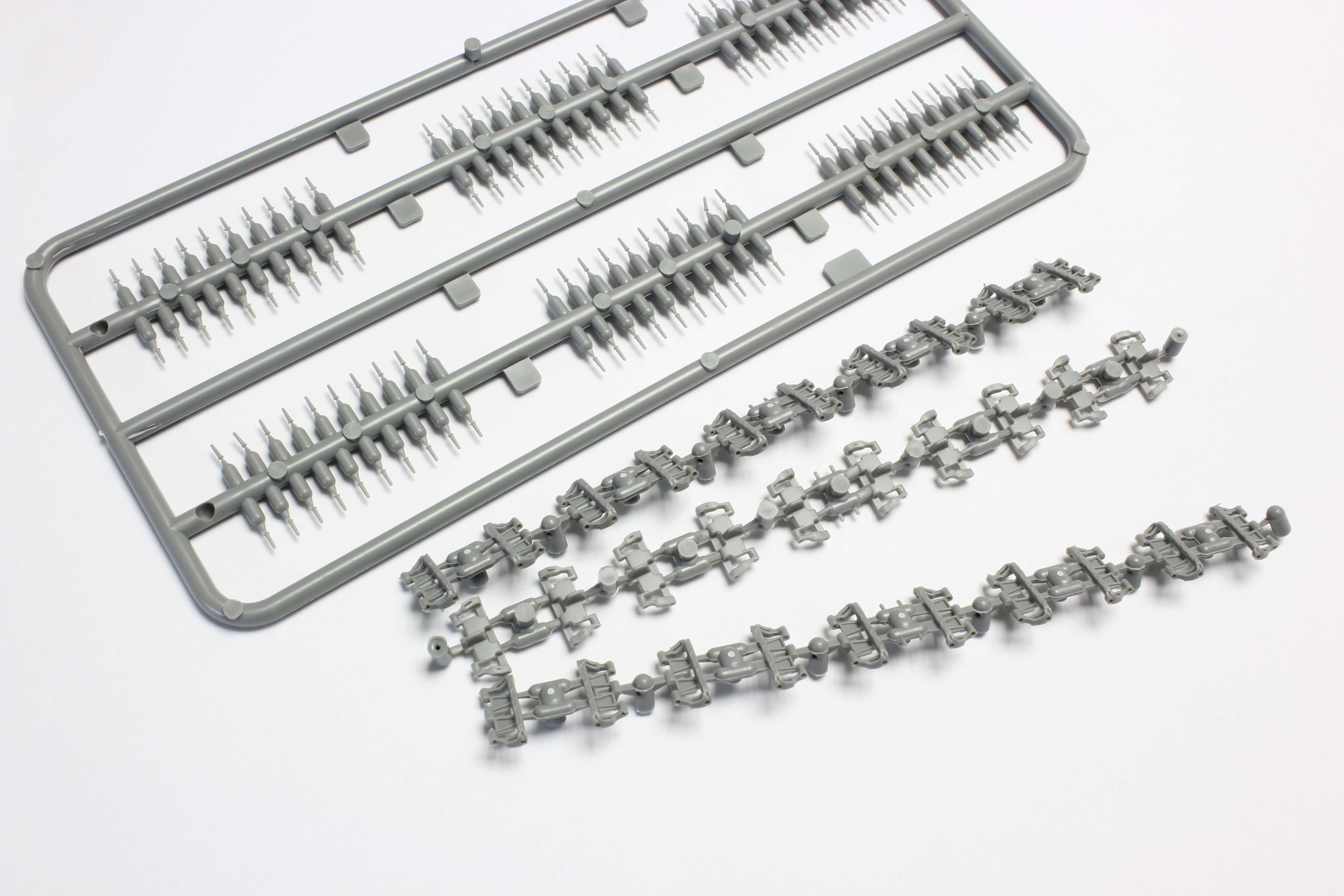 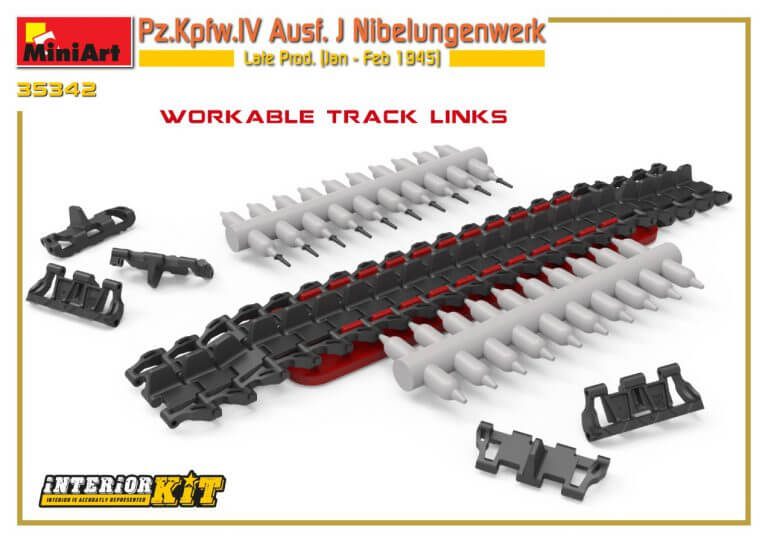 The belts are made of individual parts and pins, but the construction is facilitated by a clever jig and design solution, where the pins are already spaced on the frame. 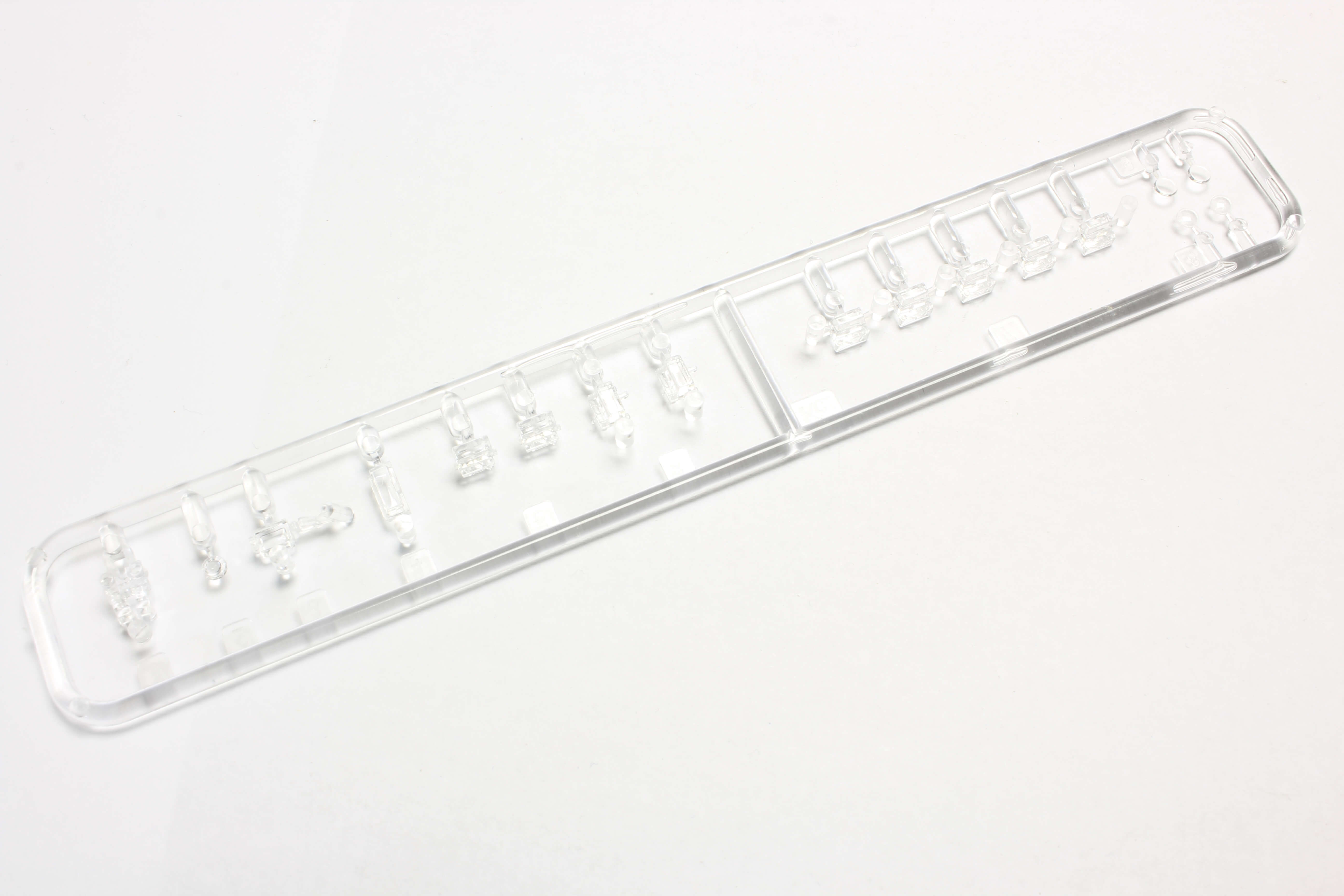 Clear parts are made with precision. 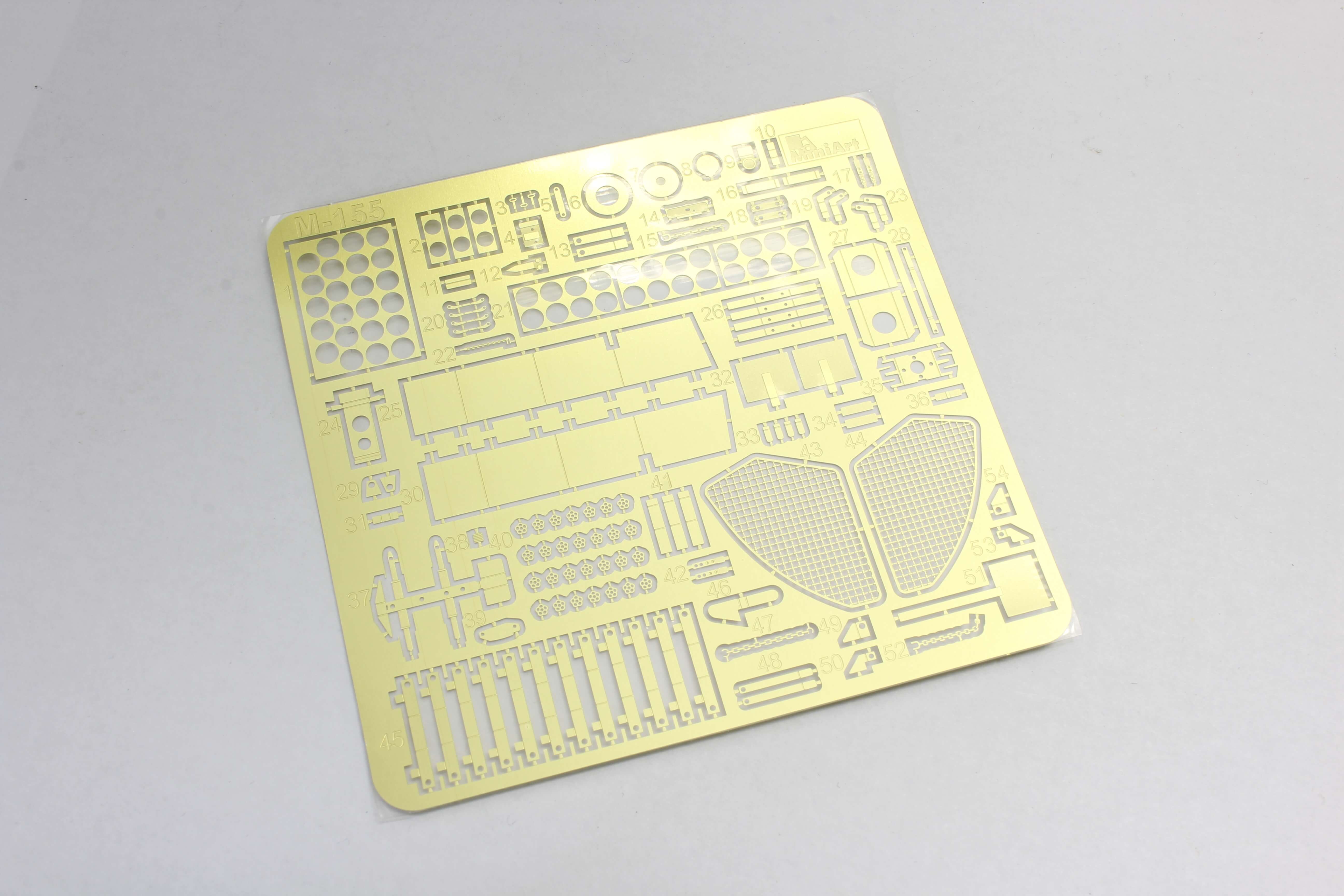 This time there are more etchings, due to the side "nets" - "schürzen" suspended protection against cumulative bullets, especially from anti-tank rifles. 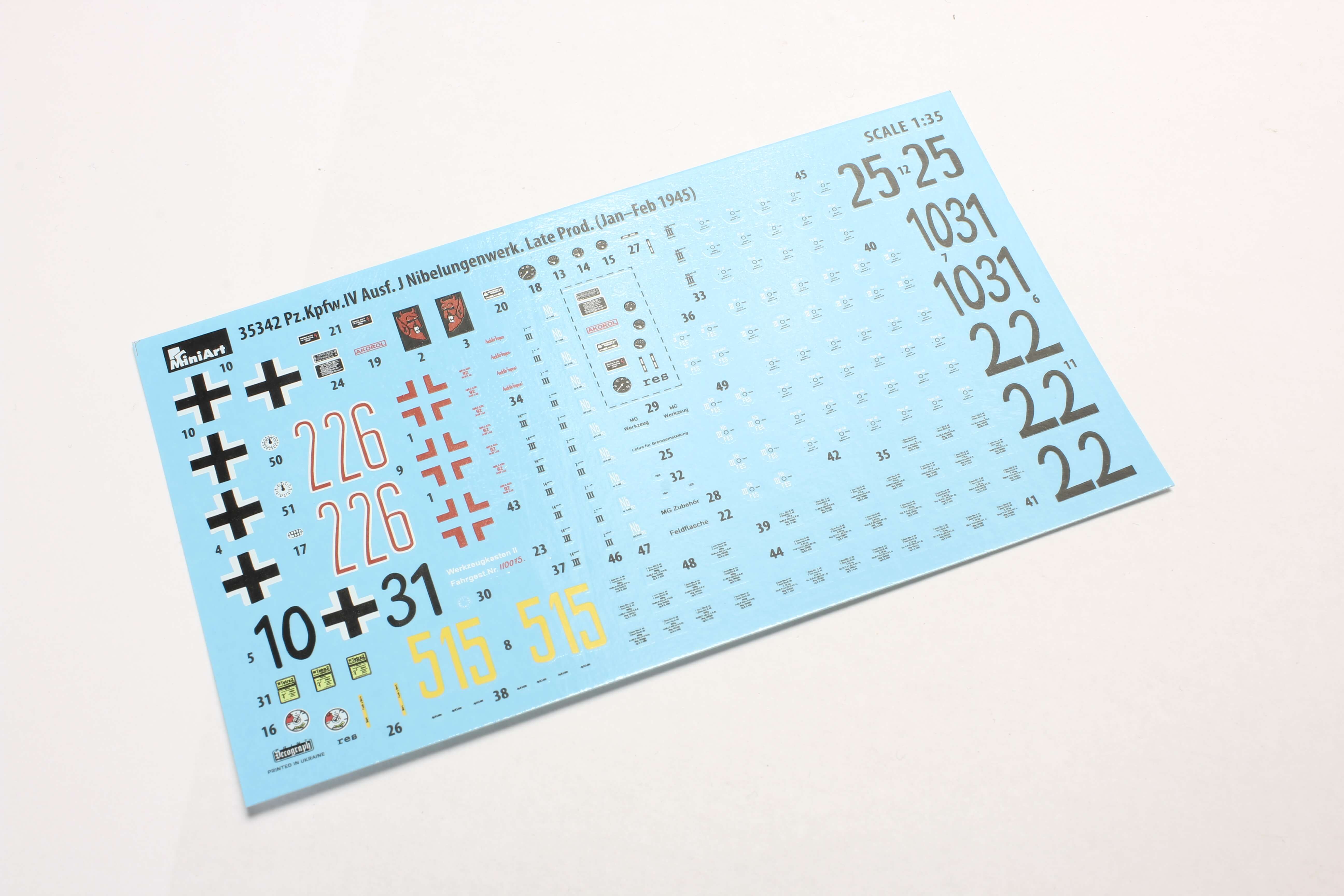 Decals have a good registration and also contain a large number of labels, devices, etc ... 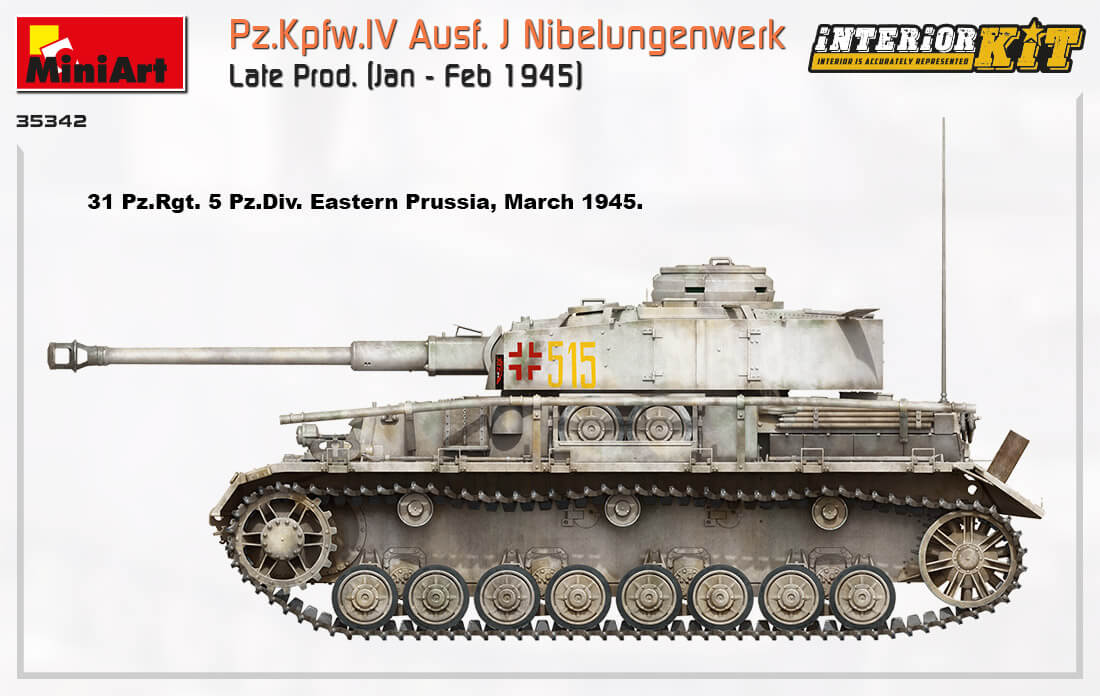 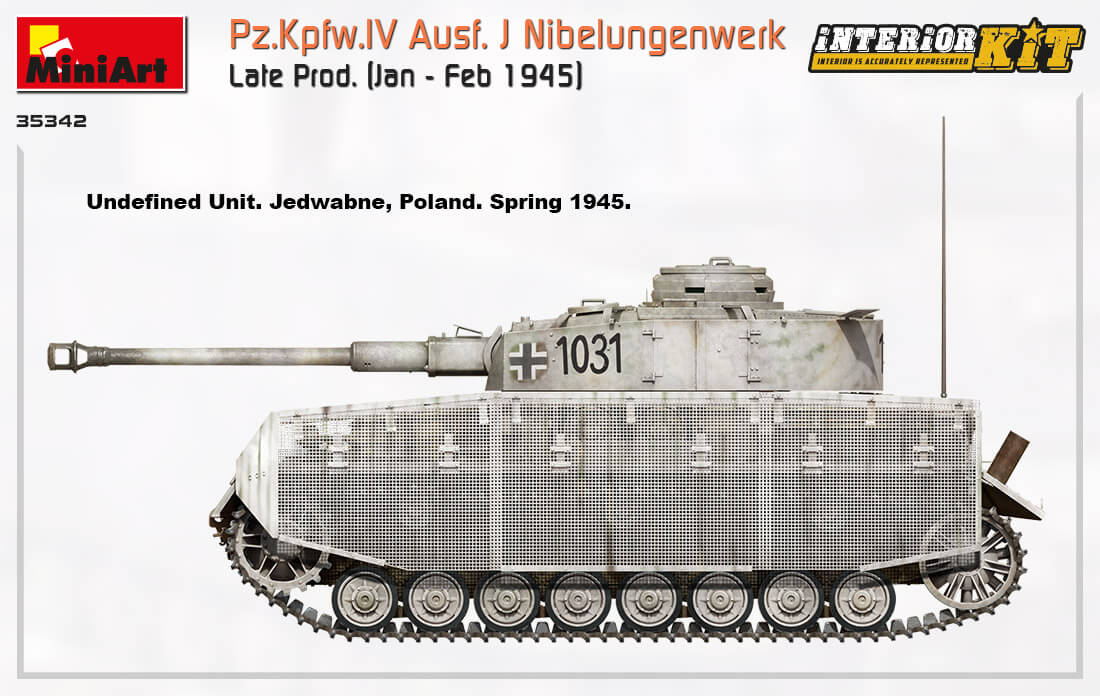 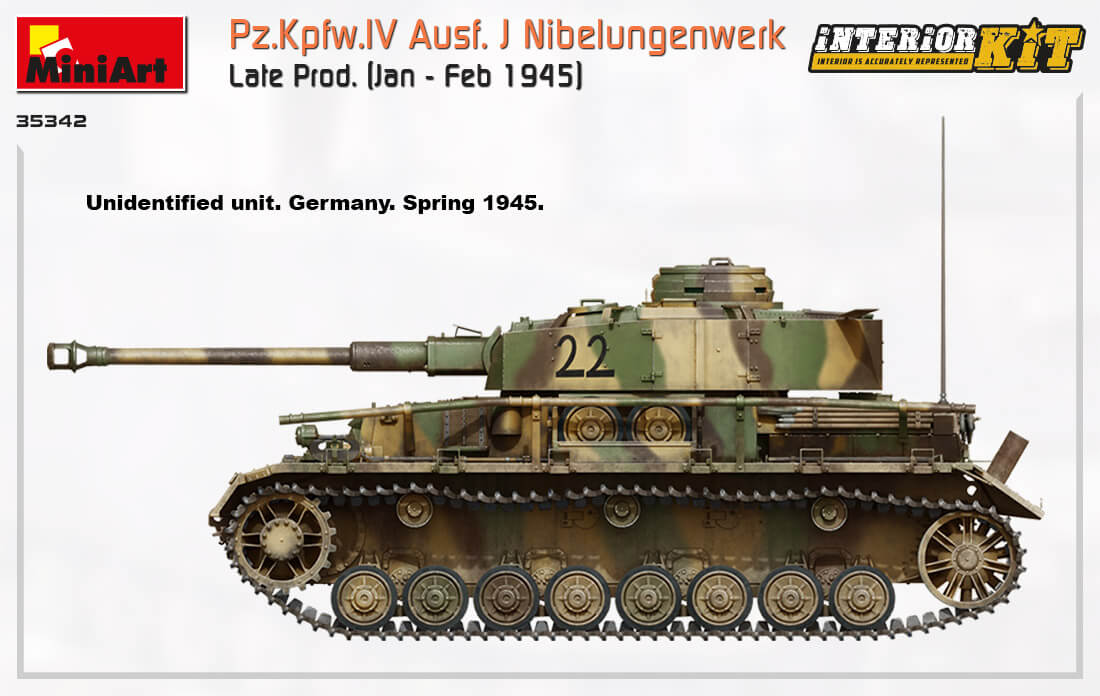 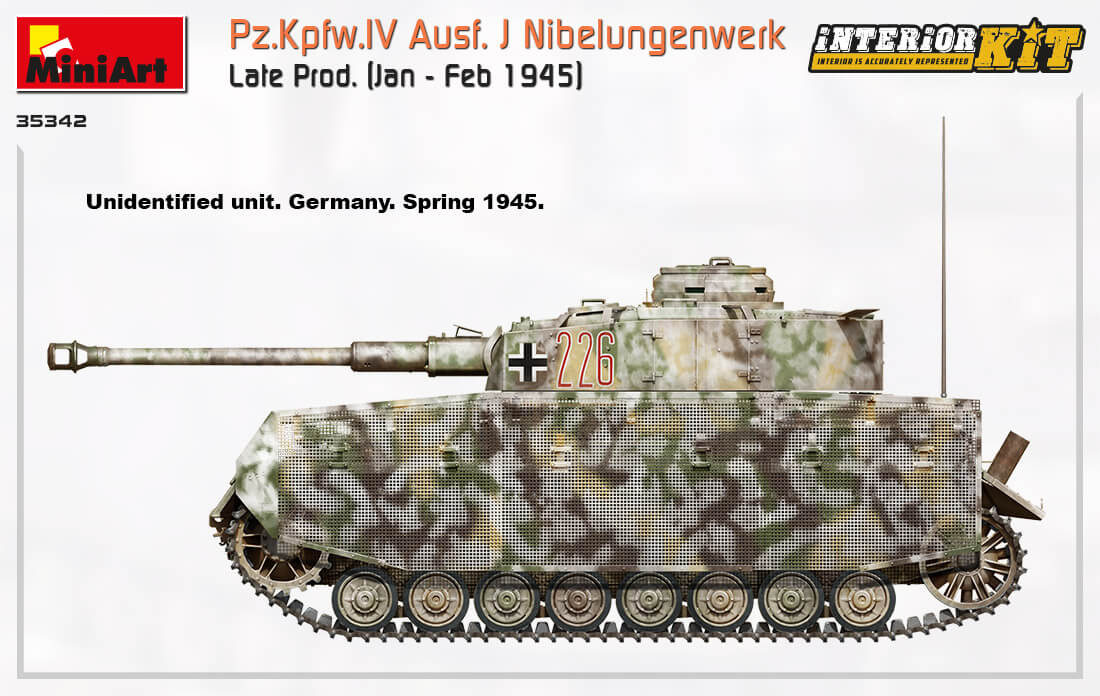 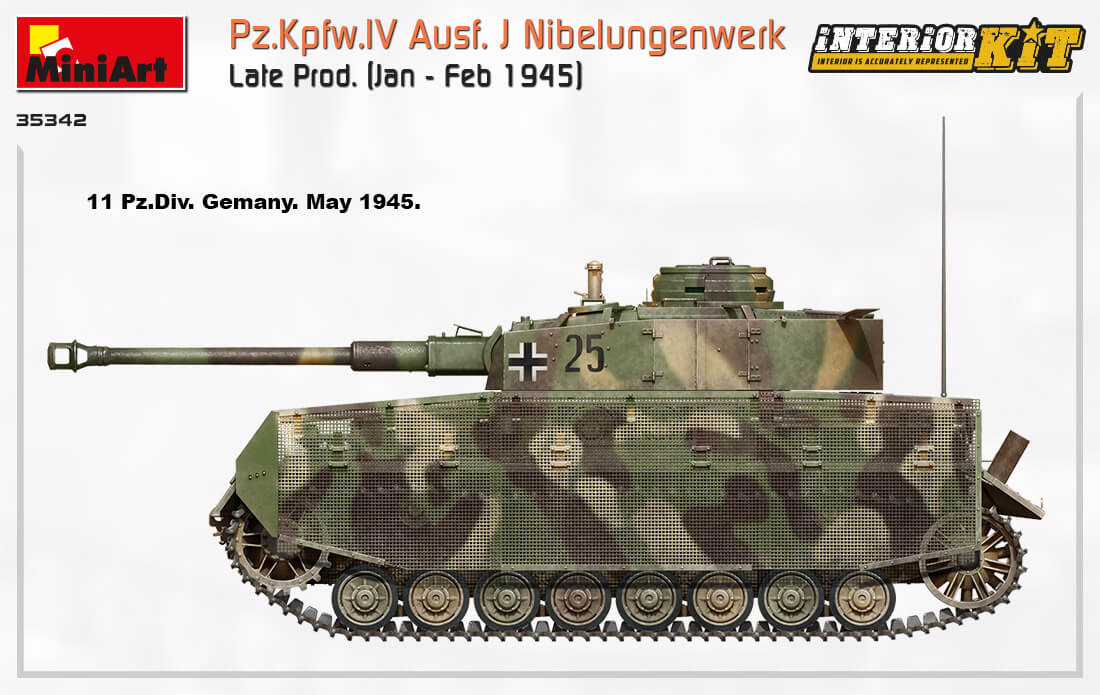 The number of camouflage variants is really rich - a total of 5 varied - diverse.

You can read about this plastic model here: