We use cookies
This website uses cookies and other tracking tools to improve the user experience, display customized content and ads, analyze website traffic and determine the source of traffic.
Edit my preferences I agree to the use of all cookies
You can deny consent here
Home / News / Photo review of Messerschmitt Bf 109E-3
Manufacturers
Information
Shop Plastic Planet 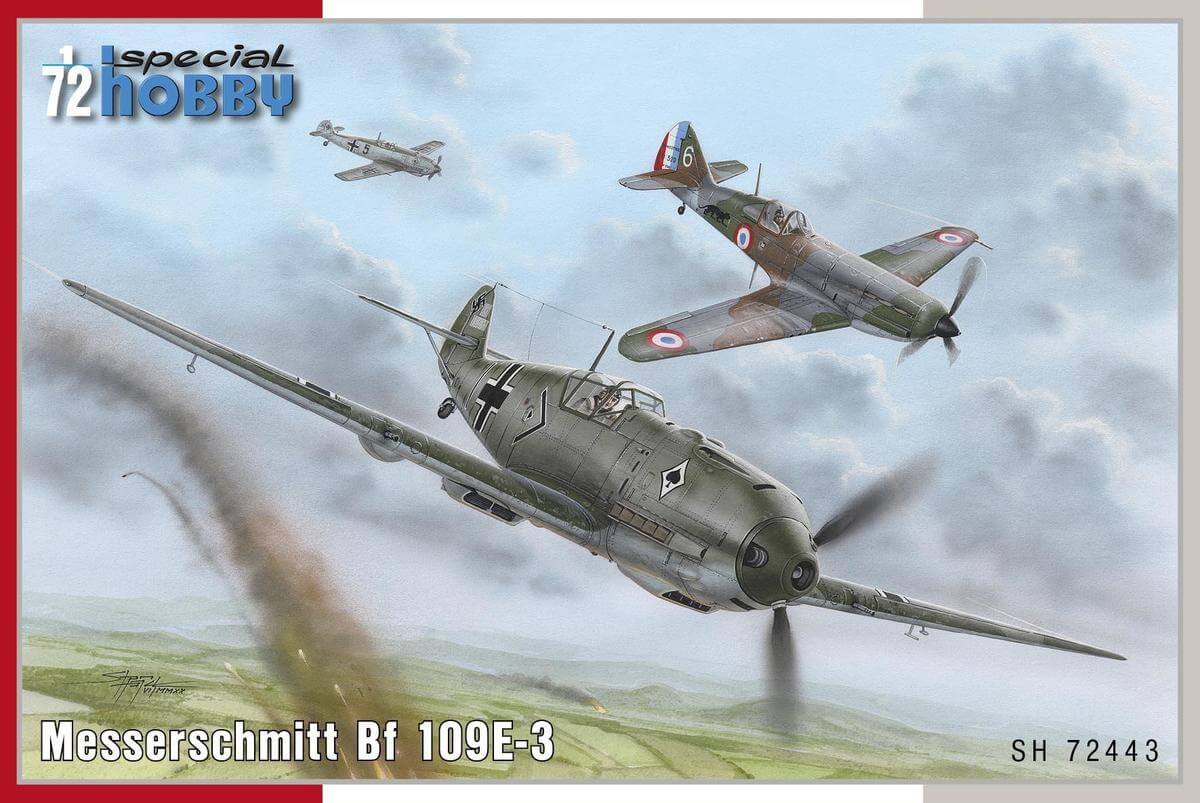 The Messerschmitt Bf 109 is clearly one of the most famous fighters of World War II and if not at all of all time. But how did this legend arise? It experienced the baptism of fire in Spain, where it completely outclassed it's opponents. At the time, it was probably the best fighter in the world. World War II followed, and very soon the necessity arose to replace the weak Jumo engines with more powerful ones - it was clear that it could not compete with the Hurricanes and the newly deployed Spitfires. The required performance was not achieved with the DB600, but with the sDB601 a very good machine was created and so the E - Emil was born. Now the Czech company Special Hobby brings us five Emils of the E-3 version,from the period of the second year of World War II - the battles of France and Britain. These differed from the previous version of the E-1, armed with only four machine guns MG 17 caliber 7.7 mm, a massive reinforcement of armament. Instead of a pair of machine guns in the wings, a pair of MG FF cannons caliber 20 mm was fitted. E-3 export machines were included in the armament of Spain, Switzerland, Yugoslavia, Romania and Bulgaria. The test pieces were bought by Italy, Japan and, somewhat paradoxically, the Soviet Union. 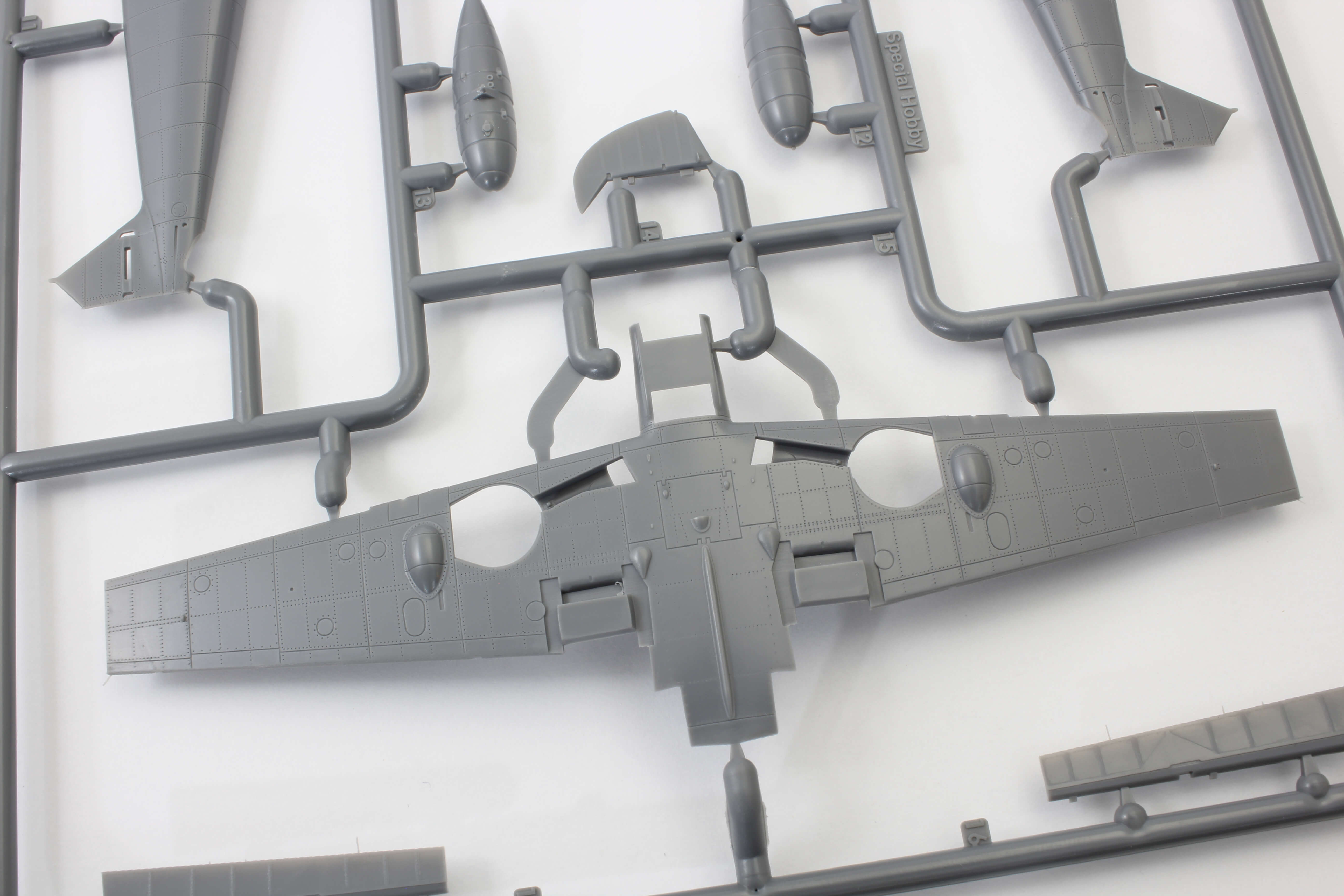 The design of the moldings is excellent, completely without depressions and a simple minimum of burrs. A thin line dividing the mold is located in places where it can be easily removed. Clean fine engraving. I did not find a single ejector in the kit that needed cleaning. 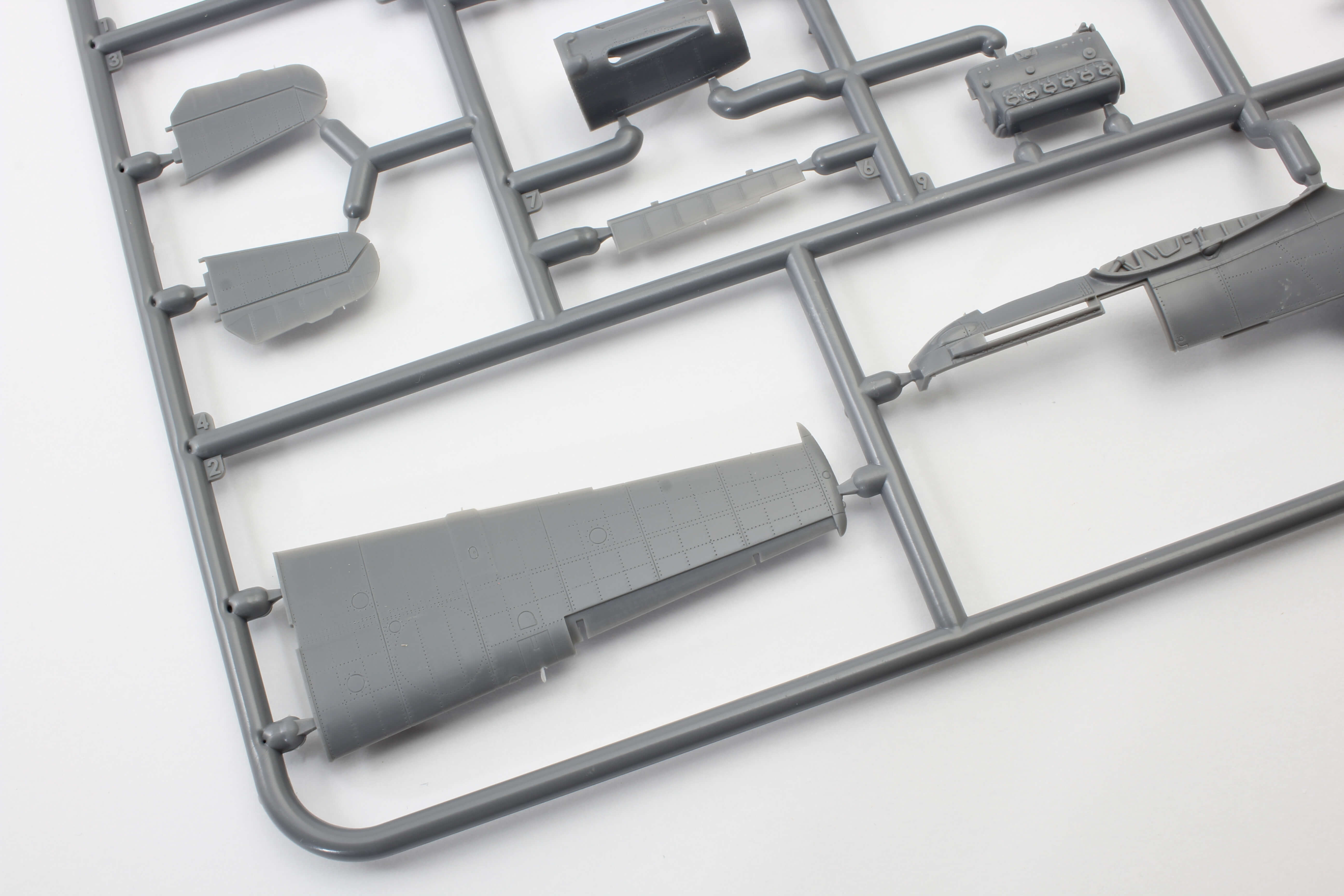 The riveting is done evenly and gently on all parts. Only on one half at the root of the wing I found a smaller place where it may need a little repair - it will show up on the surf. I did not check the number of rivets, it is not my sport :). 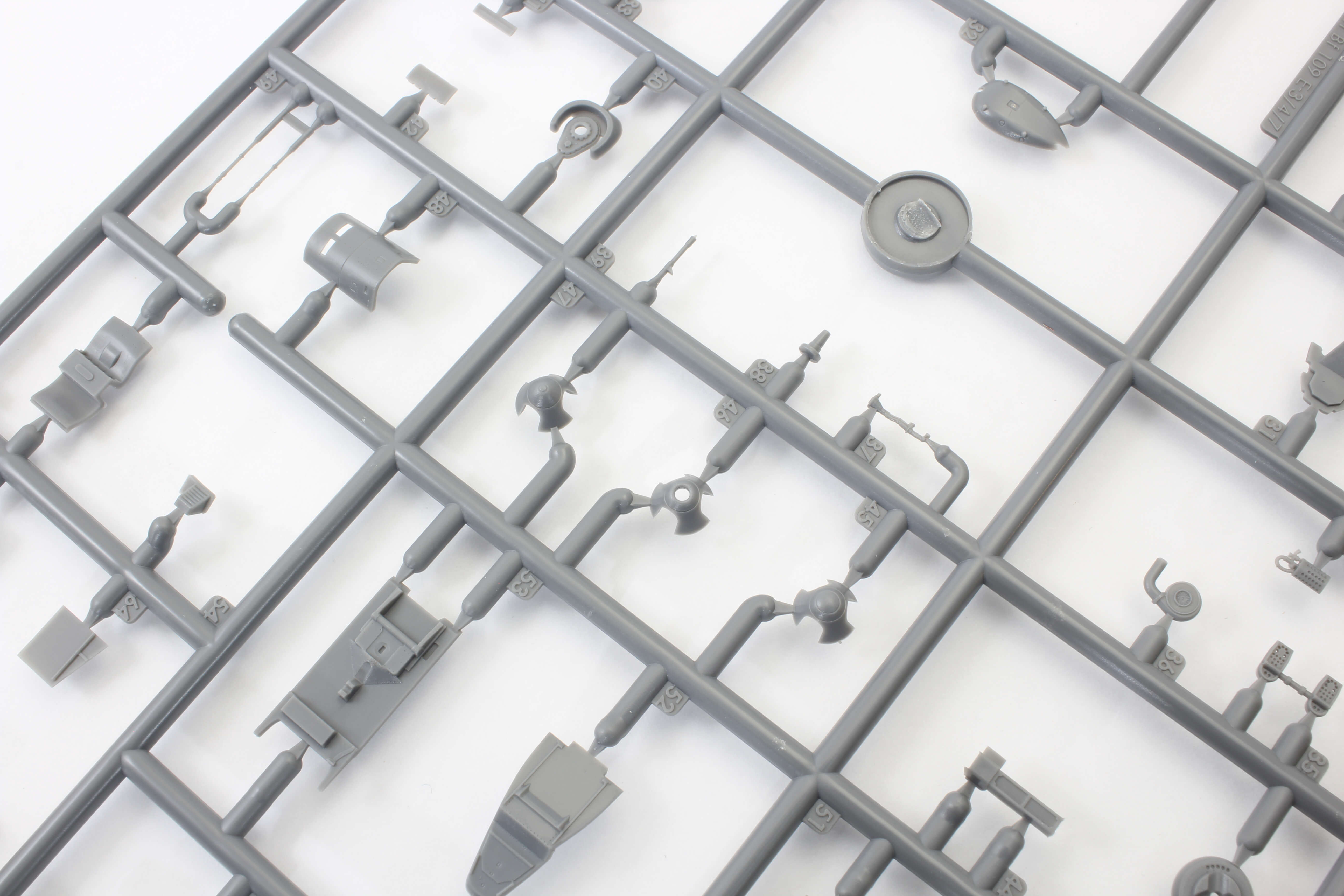 The design of the interior is at a high level, a nice model can be built directly from the box and we can look forward to other accessories…. The cone is also very precisely made. 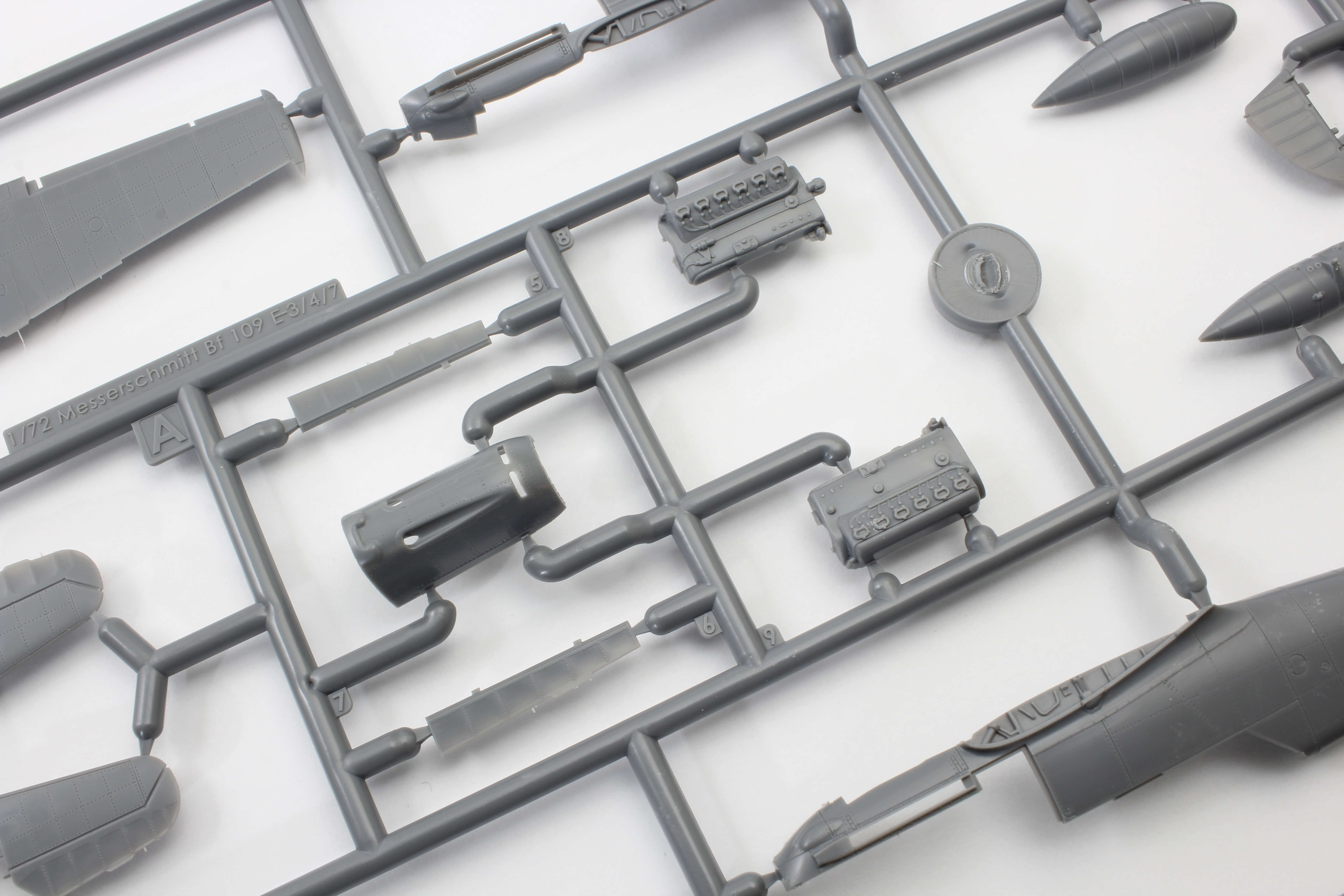 The surprise is the engine, a detail that is really not just visible at 1/72 tin. The origin of the model is evident by reducing 1/48 of the tin original. After adding the cables, the shredder will also look very "good looking". 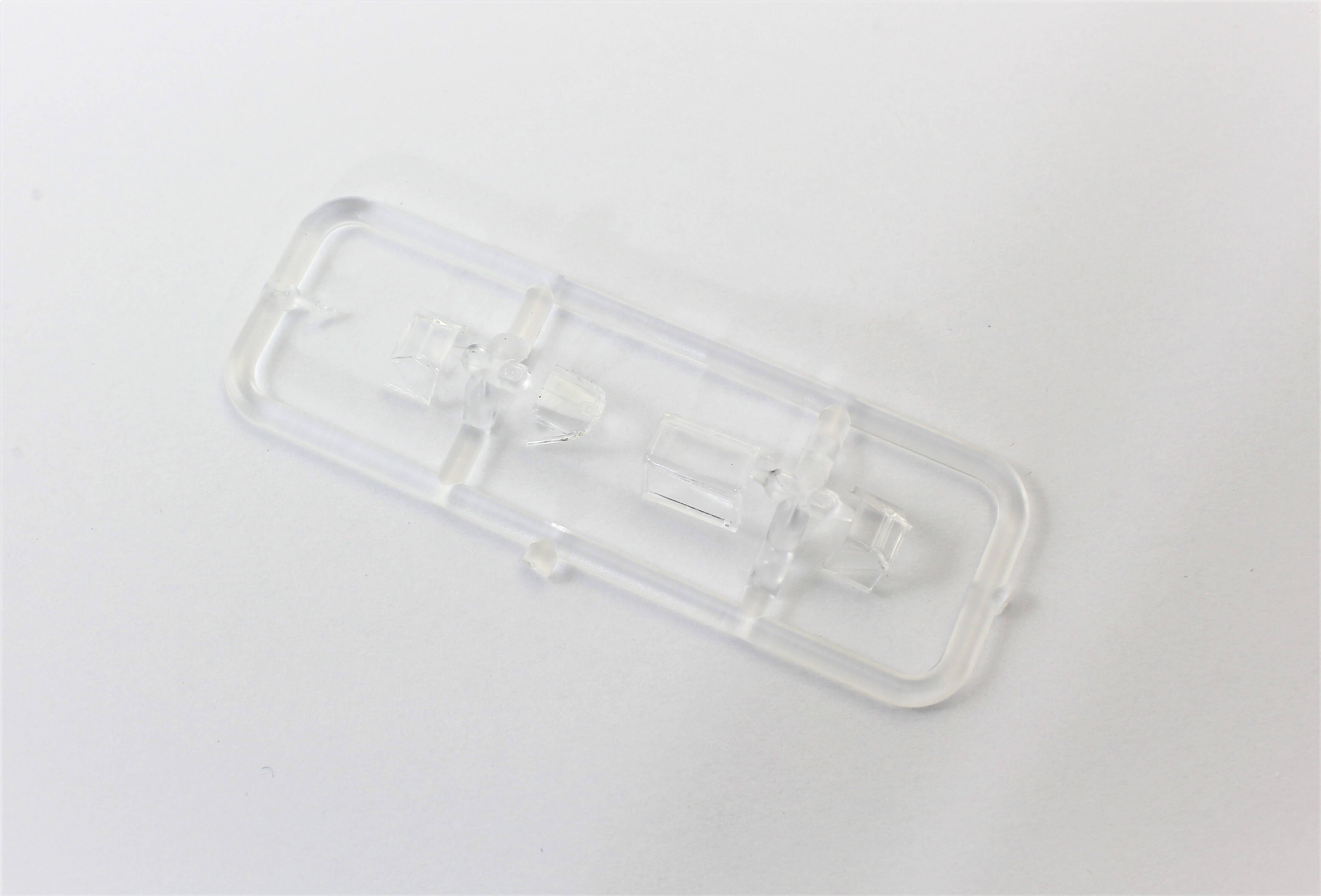 The cabin is made of very good clarity and reasonable thickness. 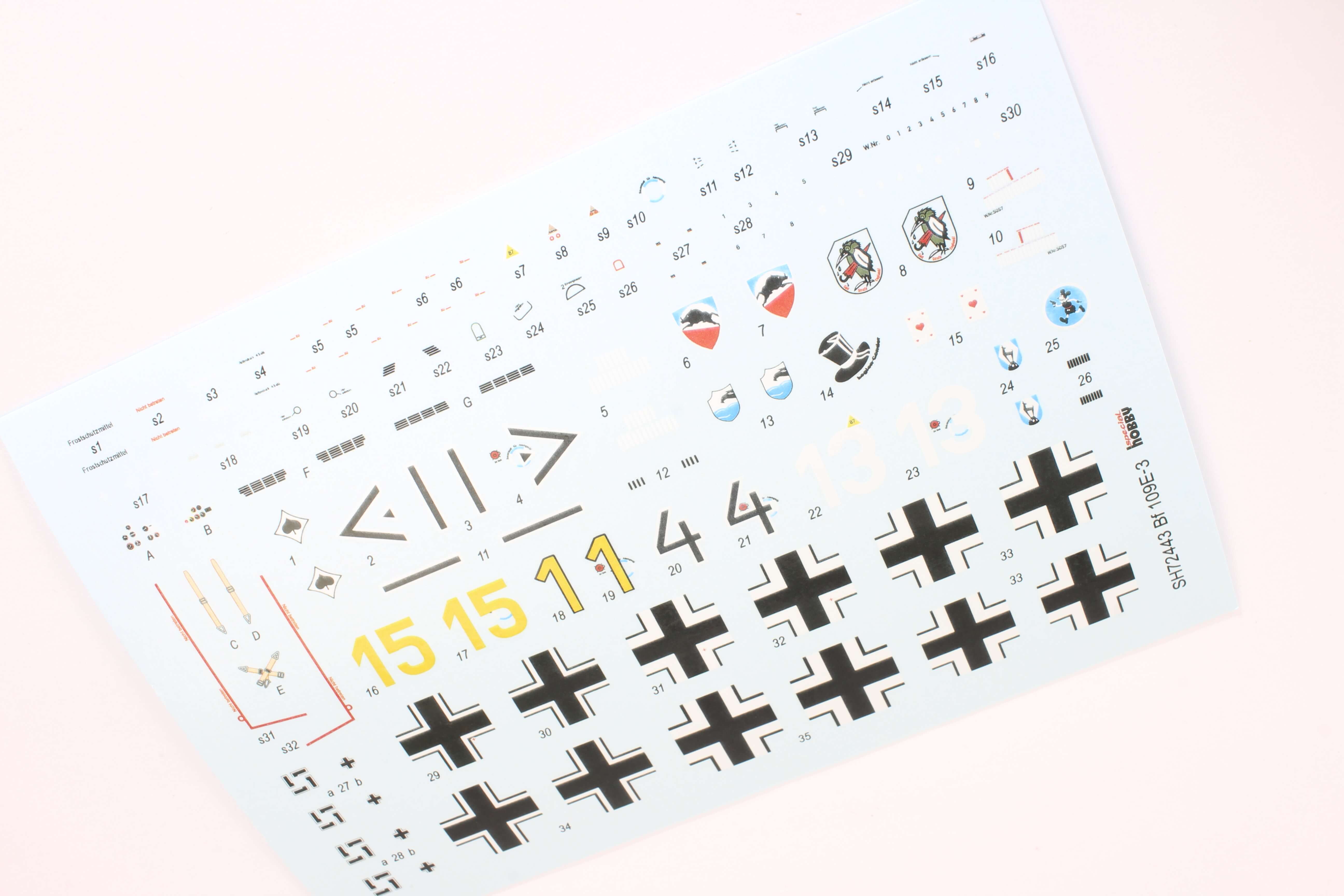 The decals have an excellent registration and even small labels are easy to read. It is a pity that the swastikas are divided, but this is a necessity of time, not the fault of the manufacturer. 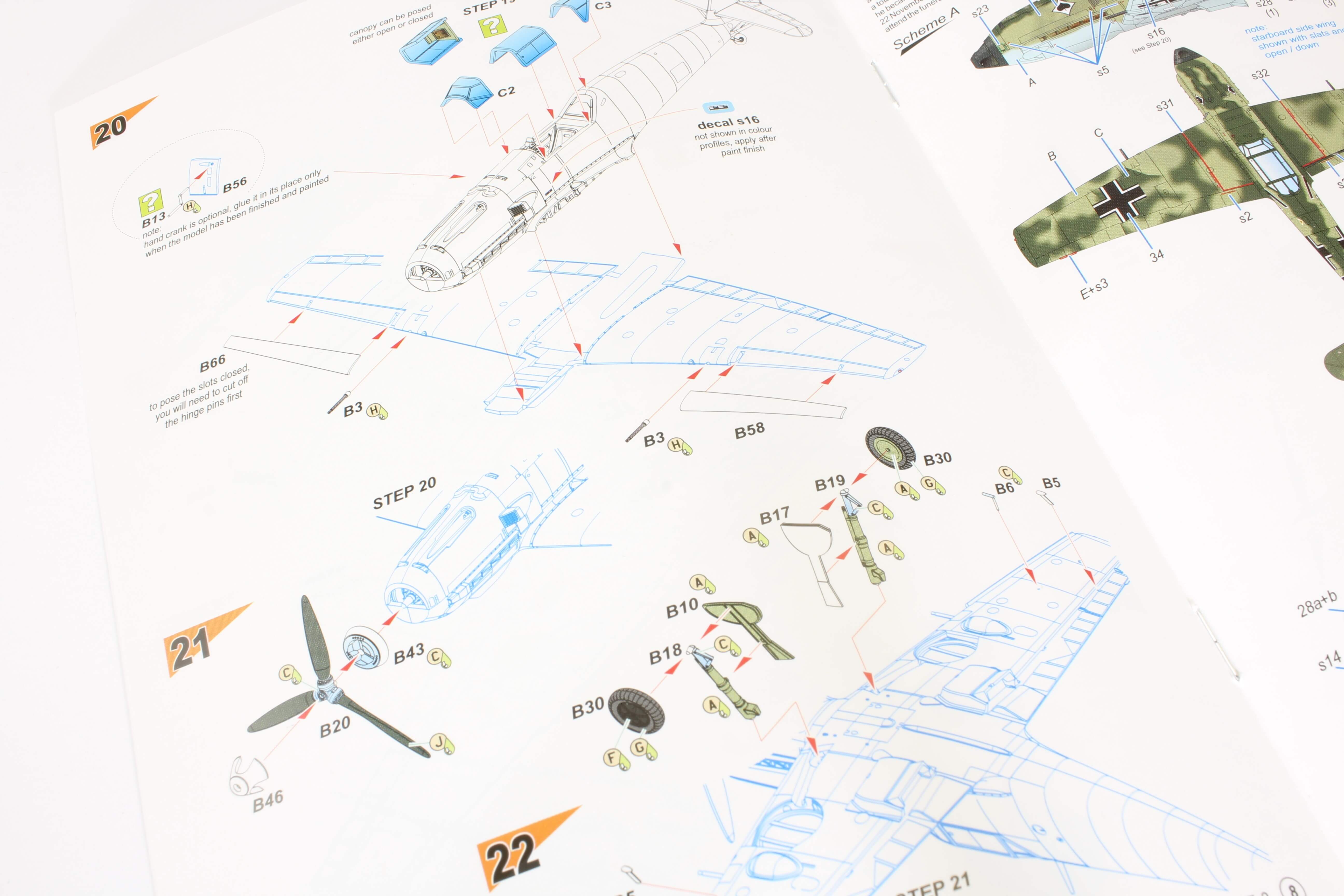 The instructions are clear and I very positively evaluate its color design, which makes it easier for modelers to orientate where to use which particular color. Colors are listed only for Gunze C and H shades. 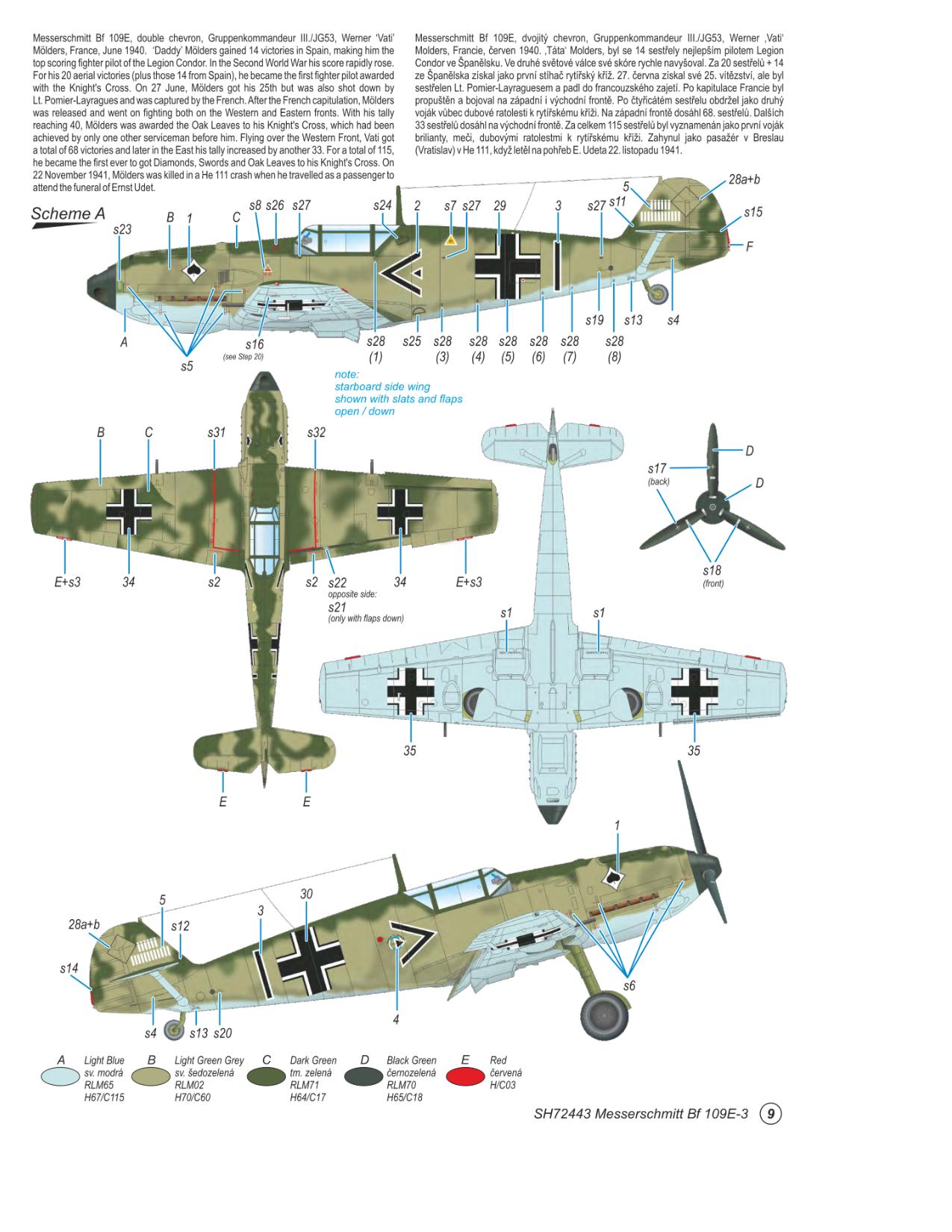 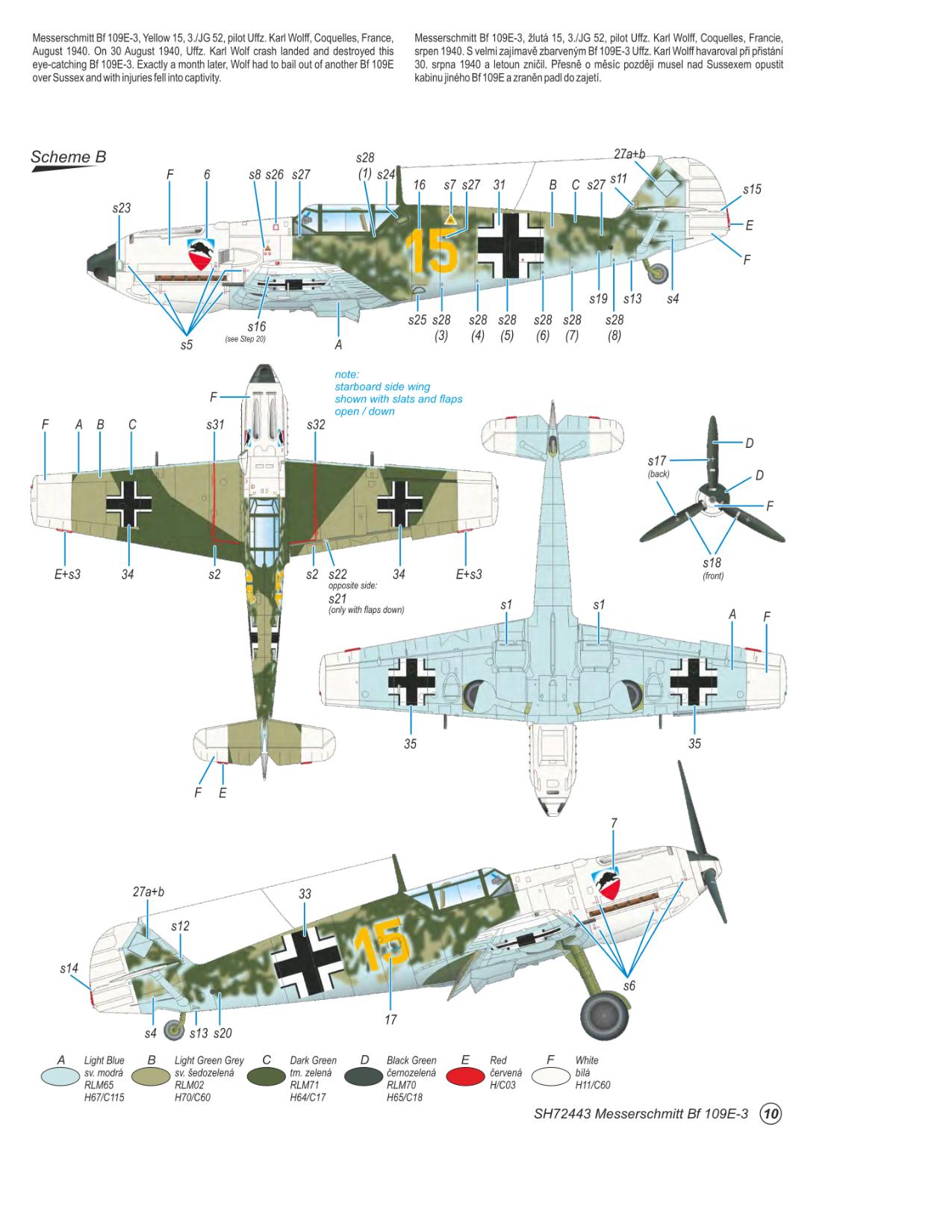 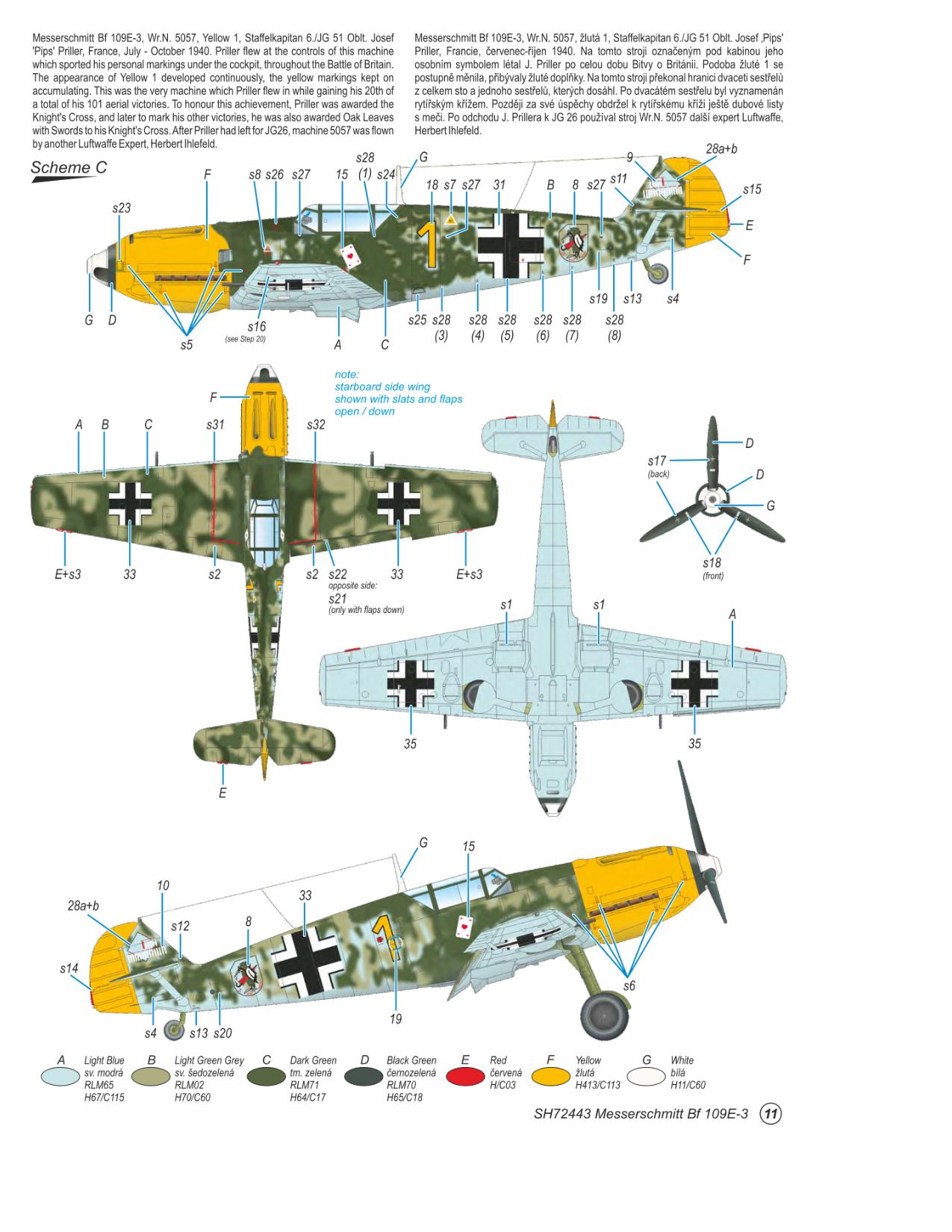 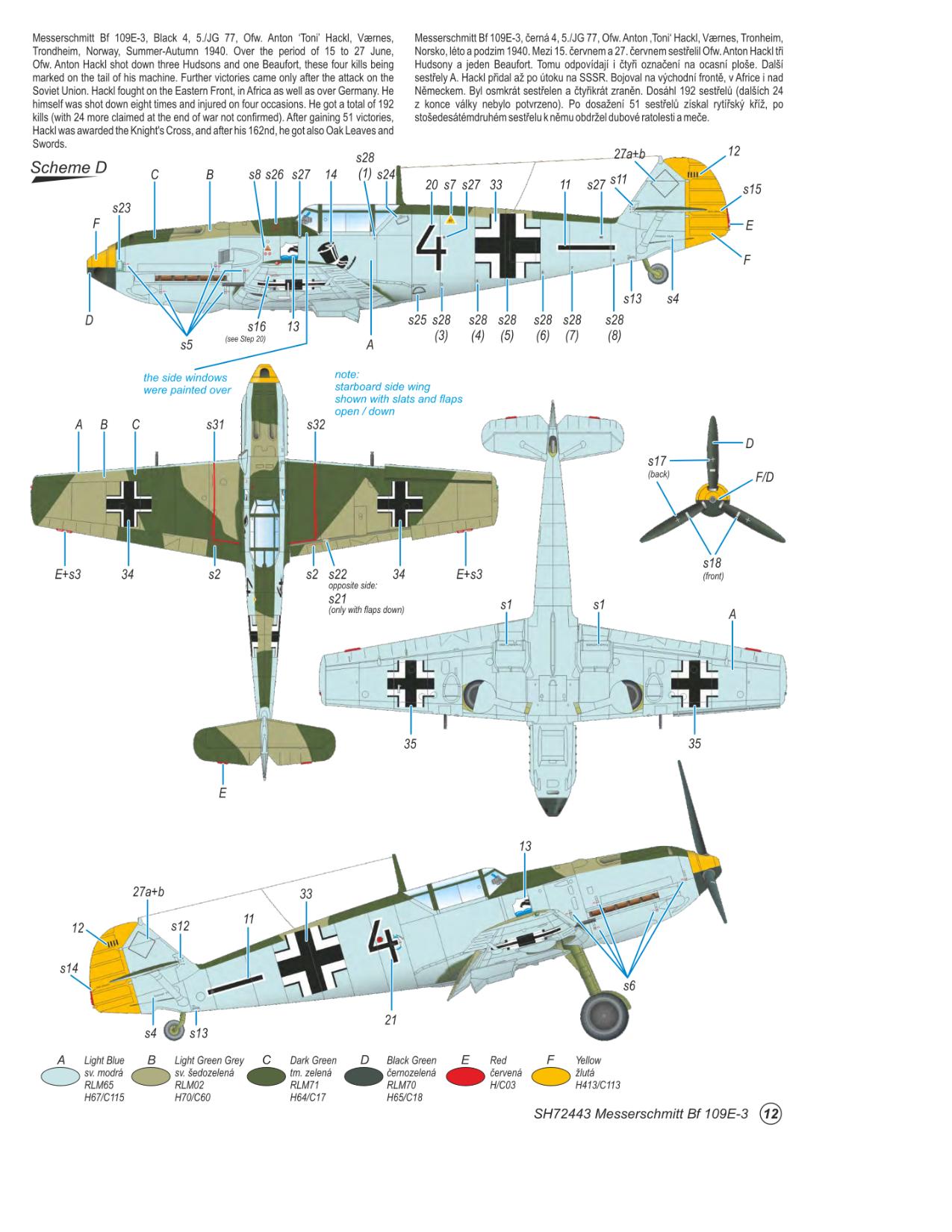 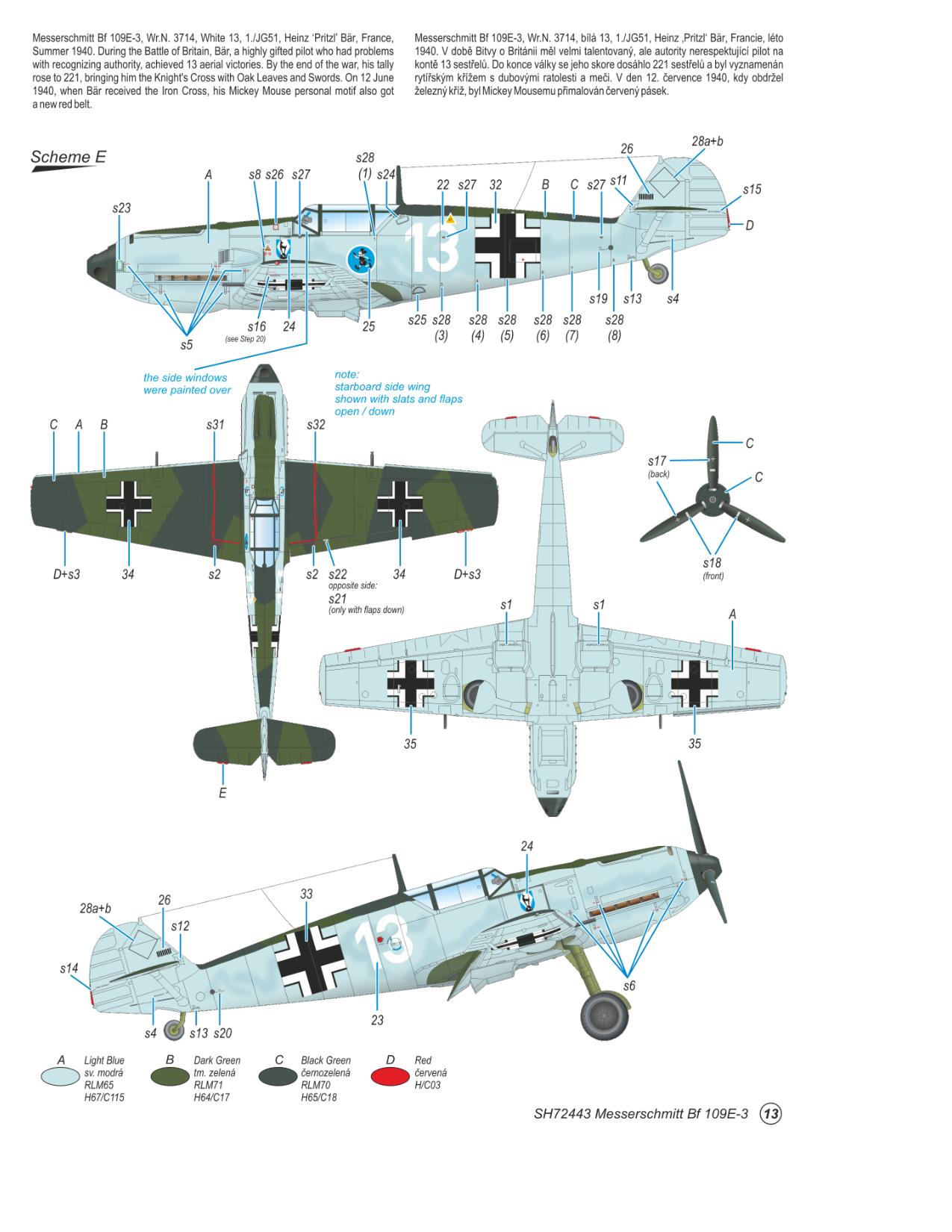 The selection of camouflage is rich. From Mölders, through K. Wollf to Bär. The biggest problem will be choosing only one… 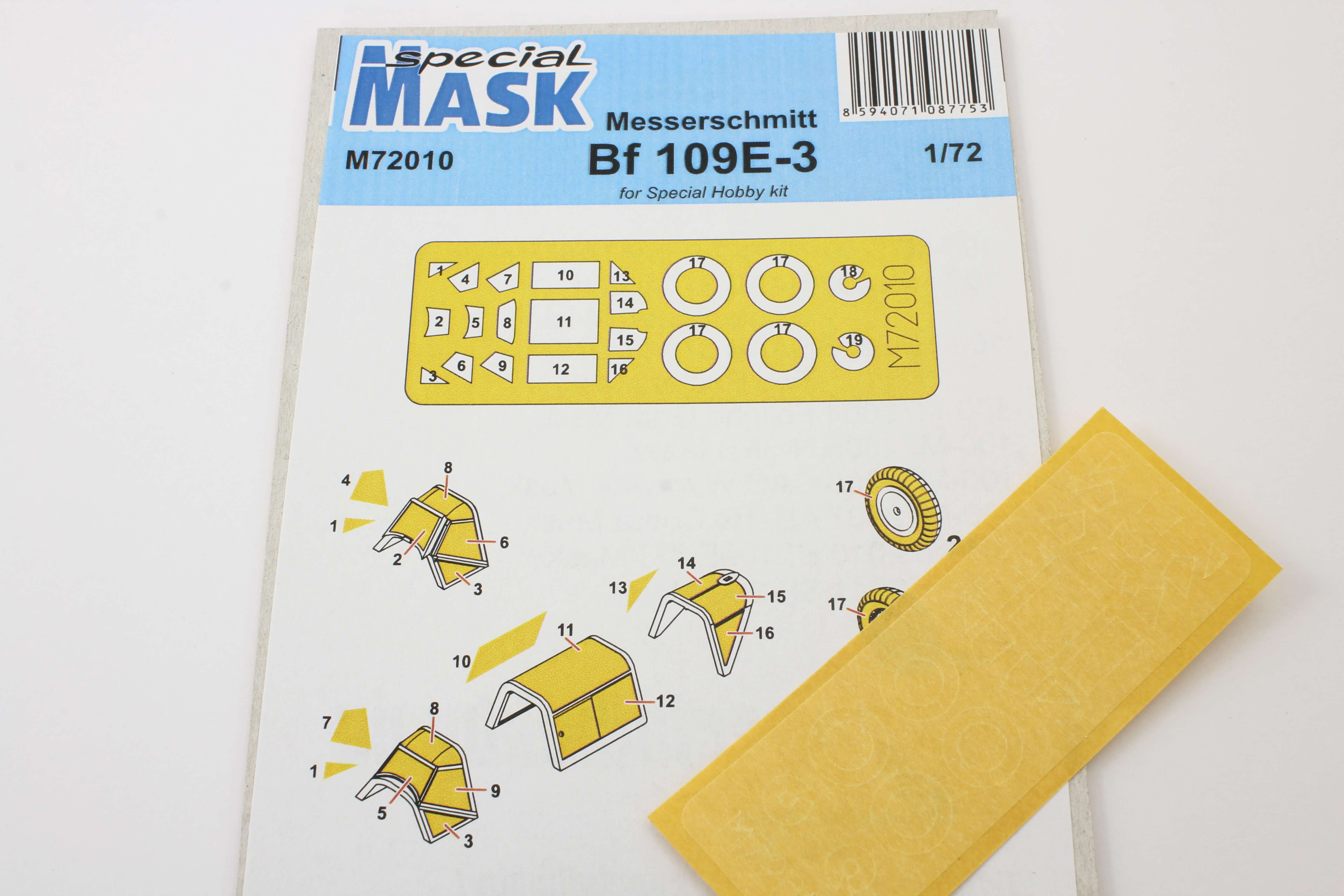 The manufacturer also prepared a number of accessories for us. From the "necessary" masks, which will make it very easy for us to spray the complex framing of the cabin and wheels. 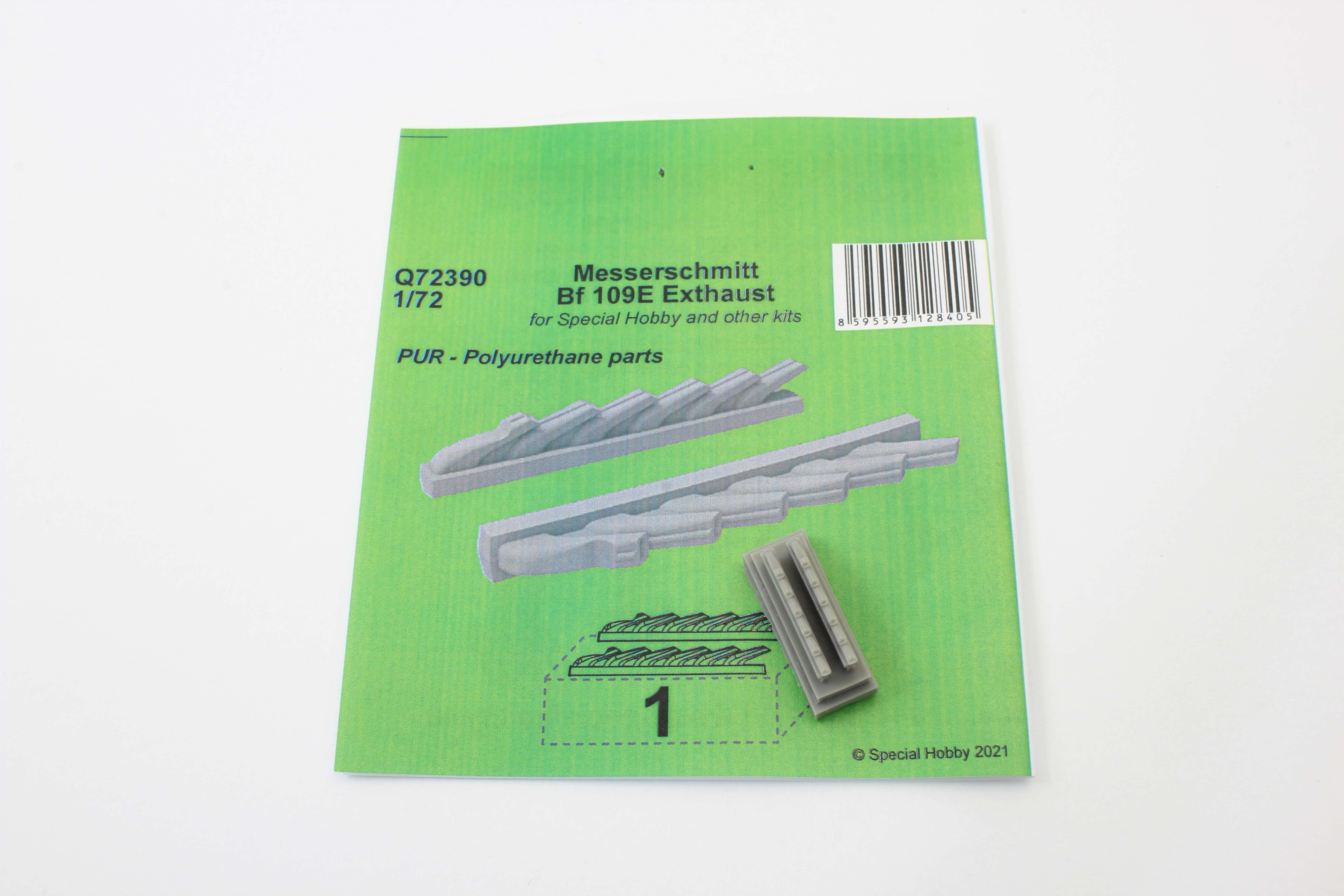 The following are really nicely done exhausts. End caps shaped in this way would be very difficult to drill. 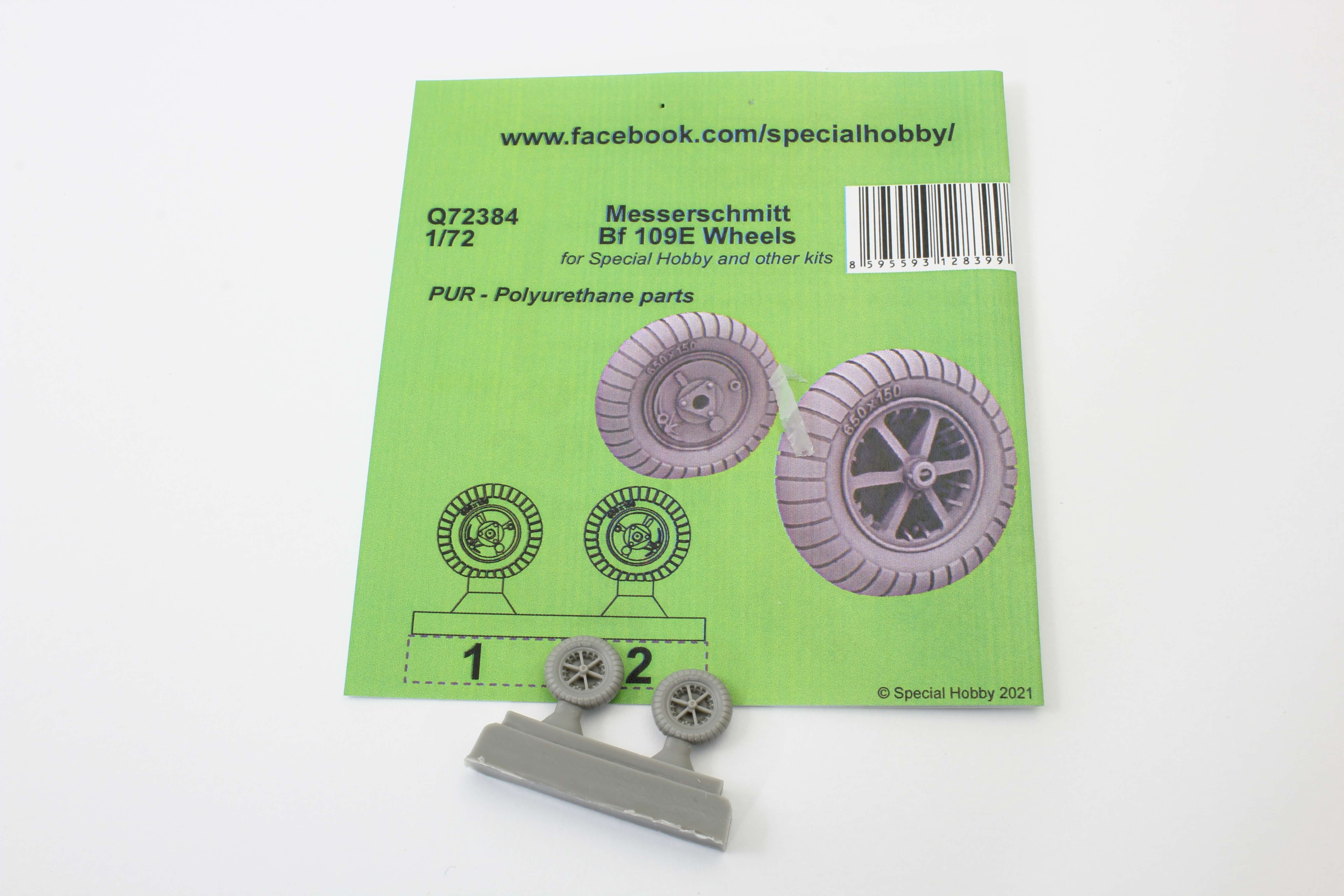 Chassis wheels also have such a detail as a description of the size of the tire - without a magnifying glass, I would not read this, but after pulling it out with a drybrush, it will revive the chassis nicely. 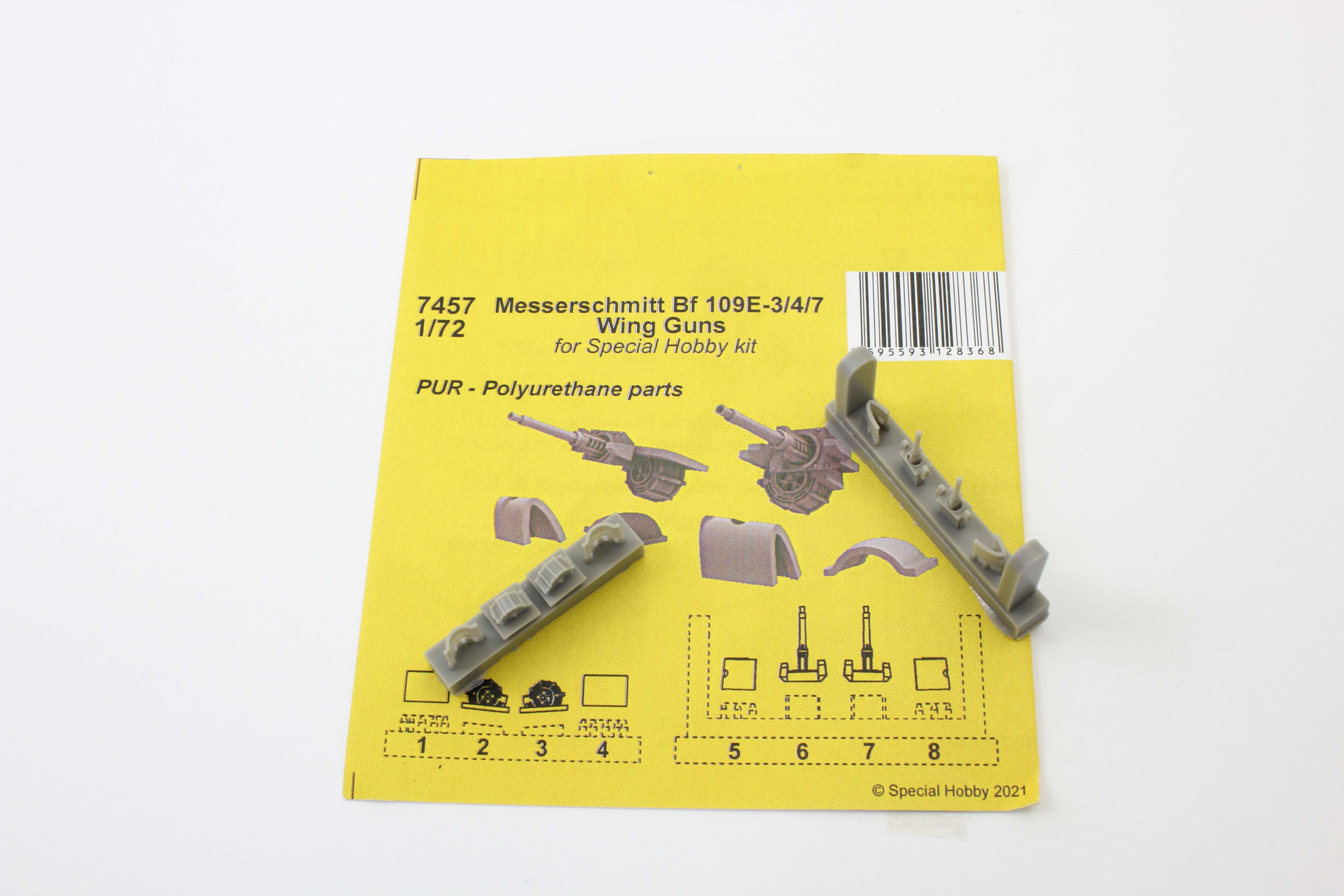 A pair of wing cannons MG FF caliber 20mm is including drum magazines. An interesting detail are the separate covers on the riser - which will facilitate their fitting. 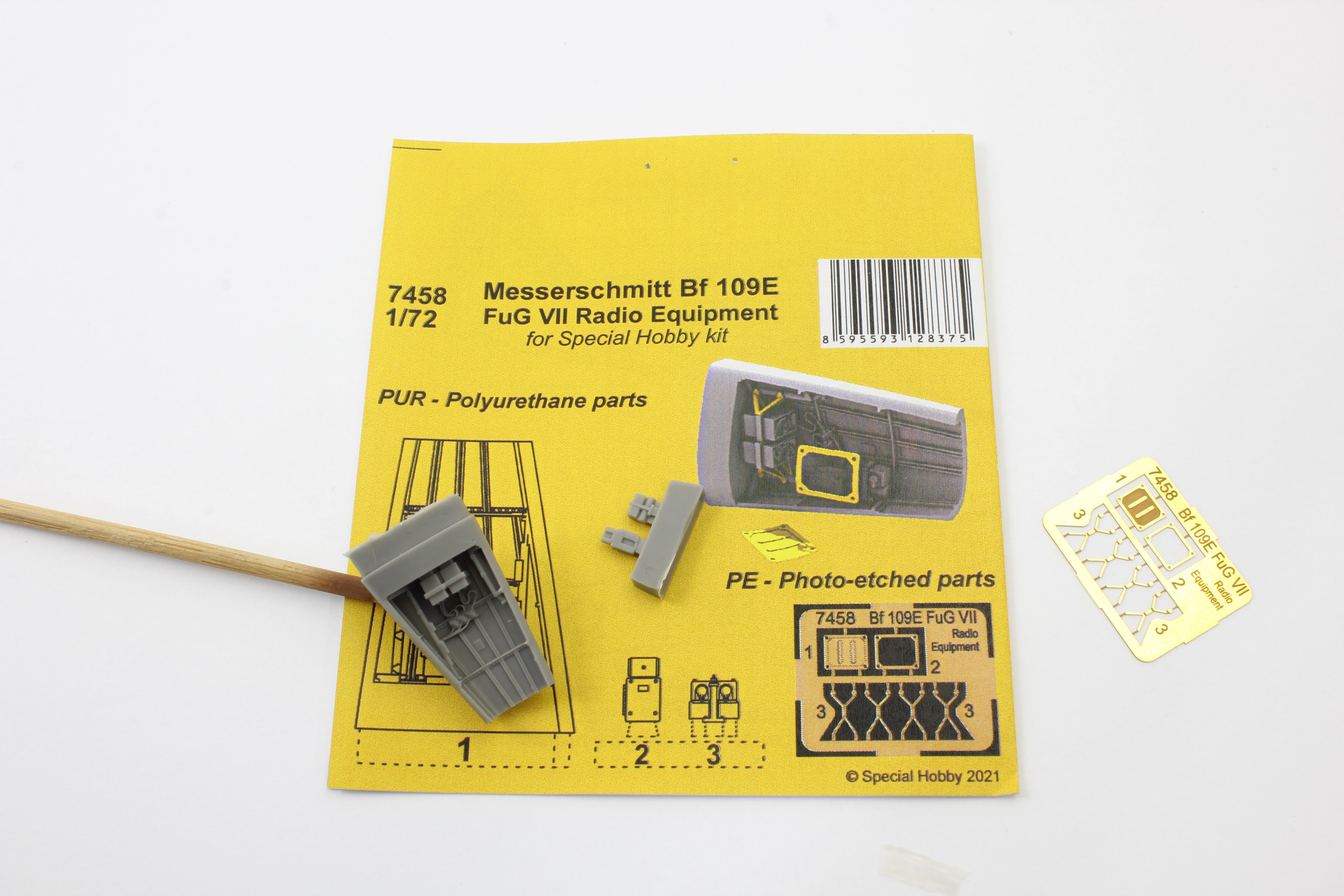 And the imaginary pearl at the end is the set of the FuG VII radio, which also includes a cover for the etching - thanks to which we will achieve its model thickness. The unit should be inserted into the unmodified hull (only the cover is cut off), so at first glance a simple solution.

I would like to thank the manufacturers for providing the samples. A review construction will follow soon.