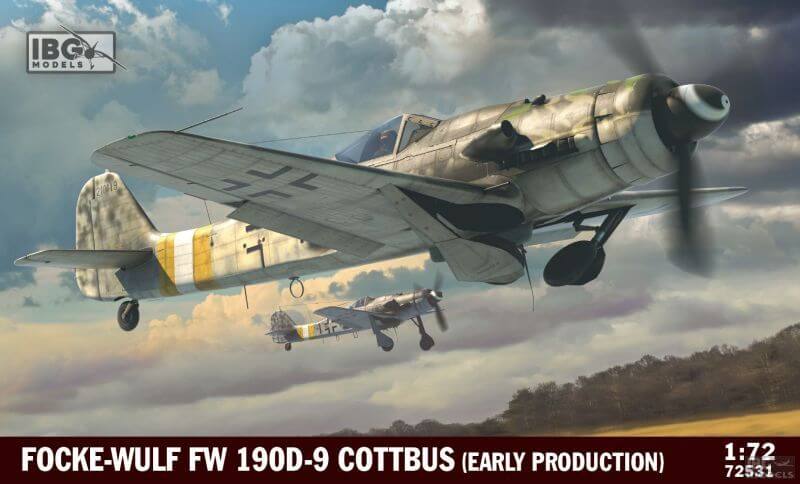 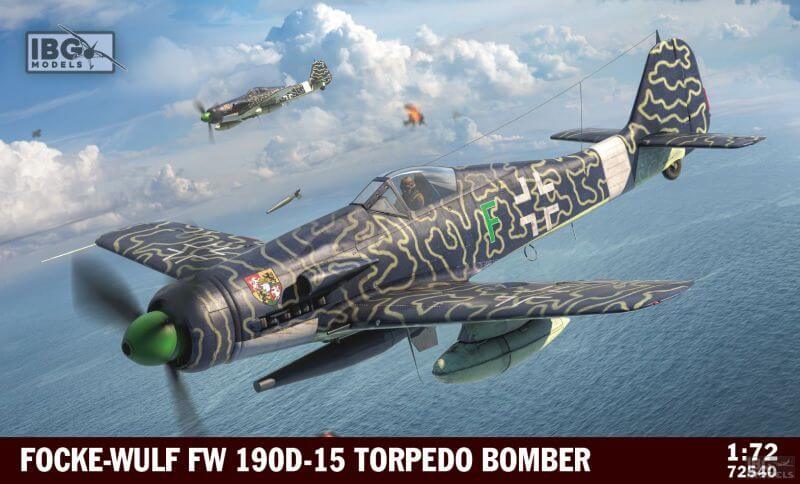 The current novelty of IBG in aircraft in 1/72 scale is the pair Fw 190D. In 1/72 scale, it was surprisingly a bit weaker with "Dorami". More experienced colleagues remember Airfix from the fifties, repackaged Italeri and Hasegawi from the seventies, Academy - Minicraft from the nineties repainted at our MPM and then more than ten years old shortruns from AZ, so we finally had it… 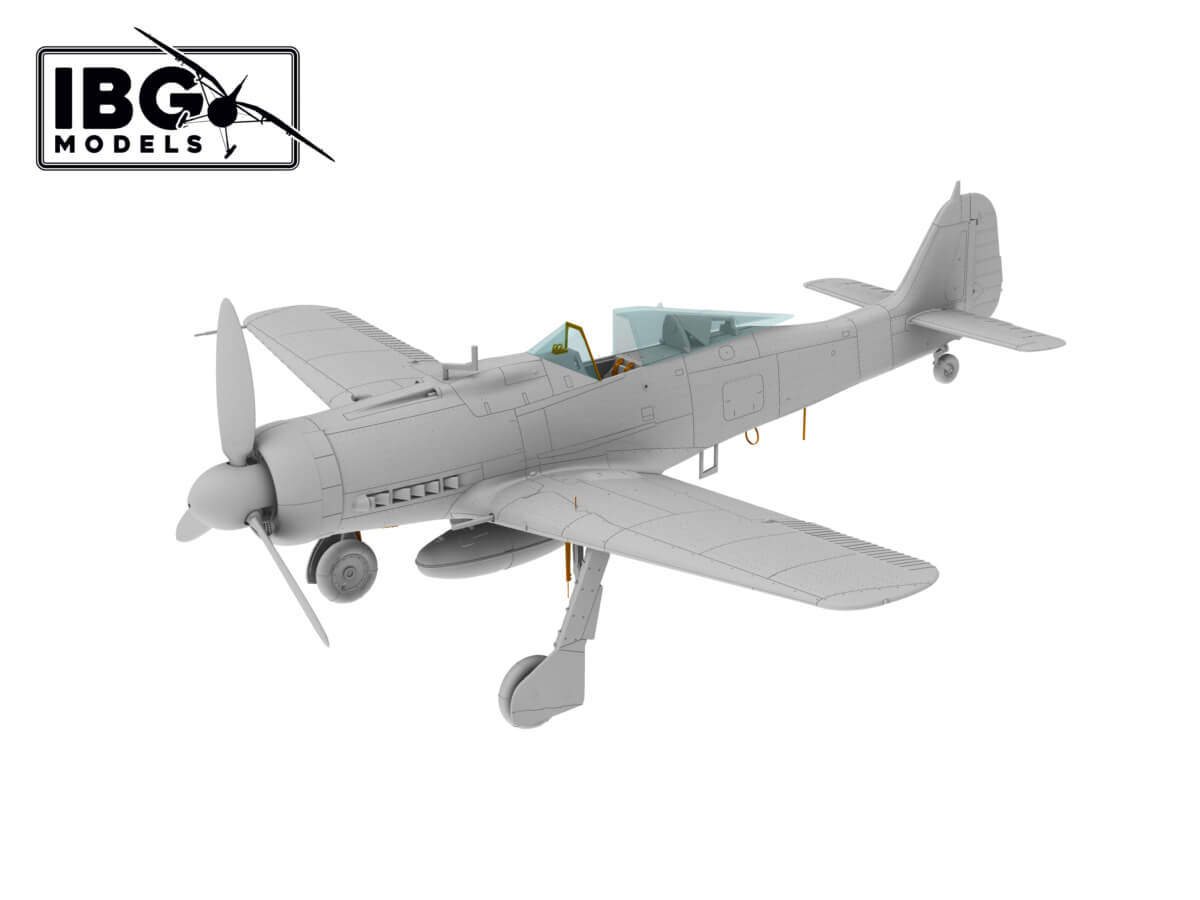 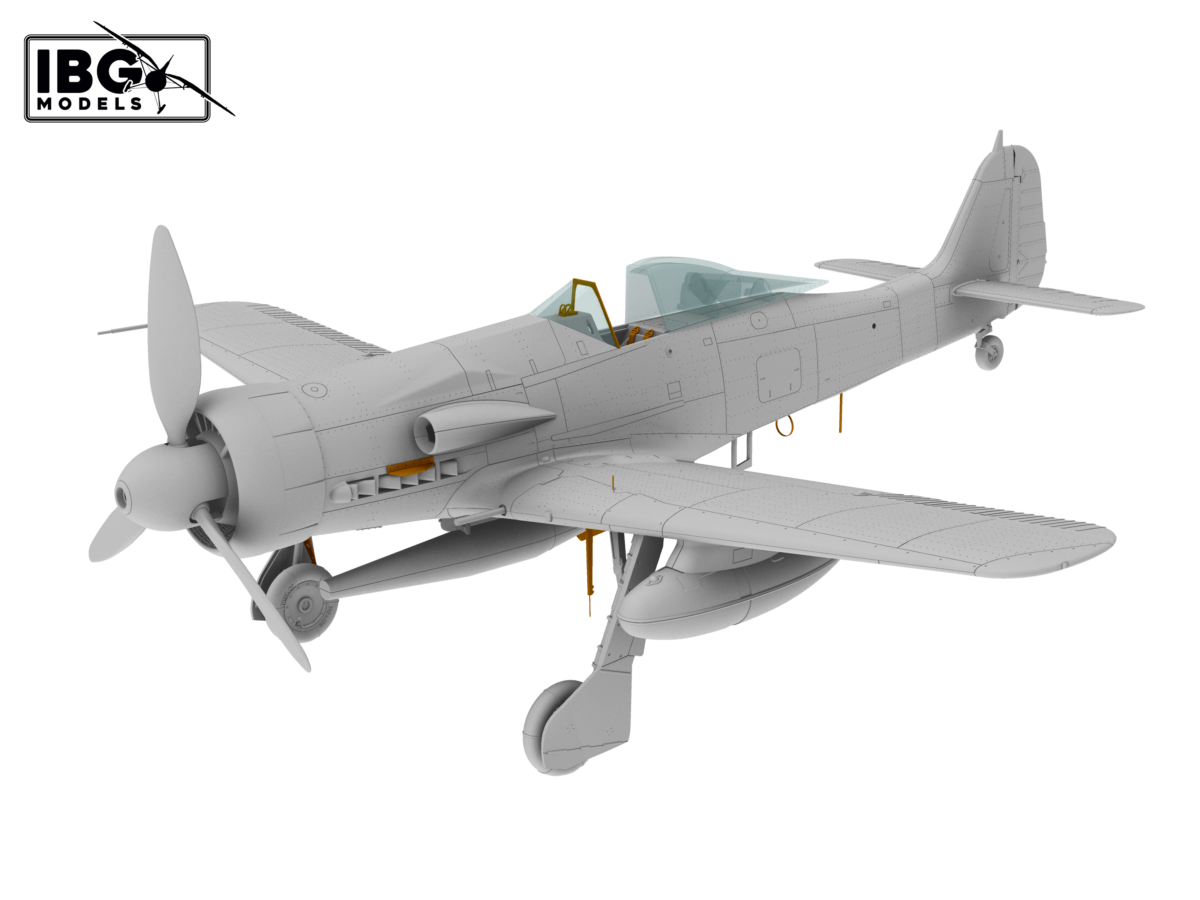 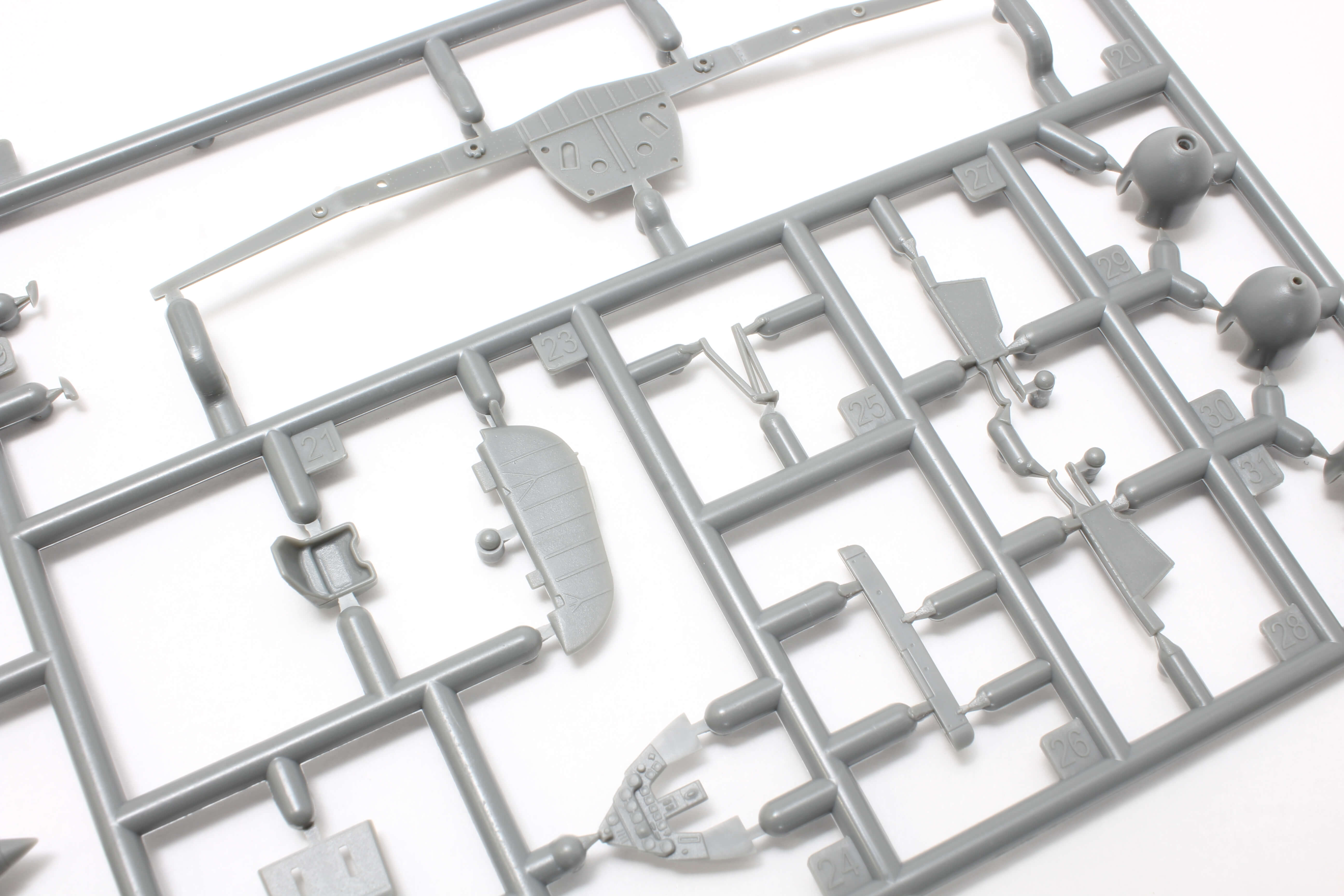 The parts are stamped precisely without defects, with clear and clean details. No burrs or dents. Only the fine line dividing the plane of the mold on several parts is visible. The manufacturer has set the bar really high and can withstand full comparisons with a wide range of competitors. 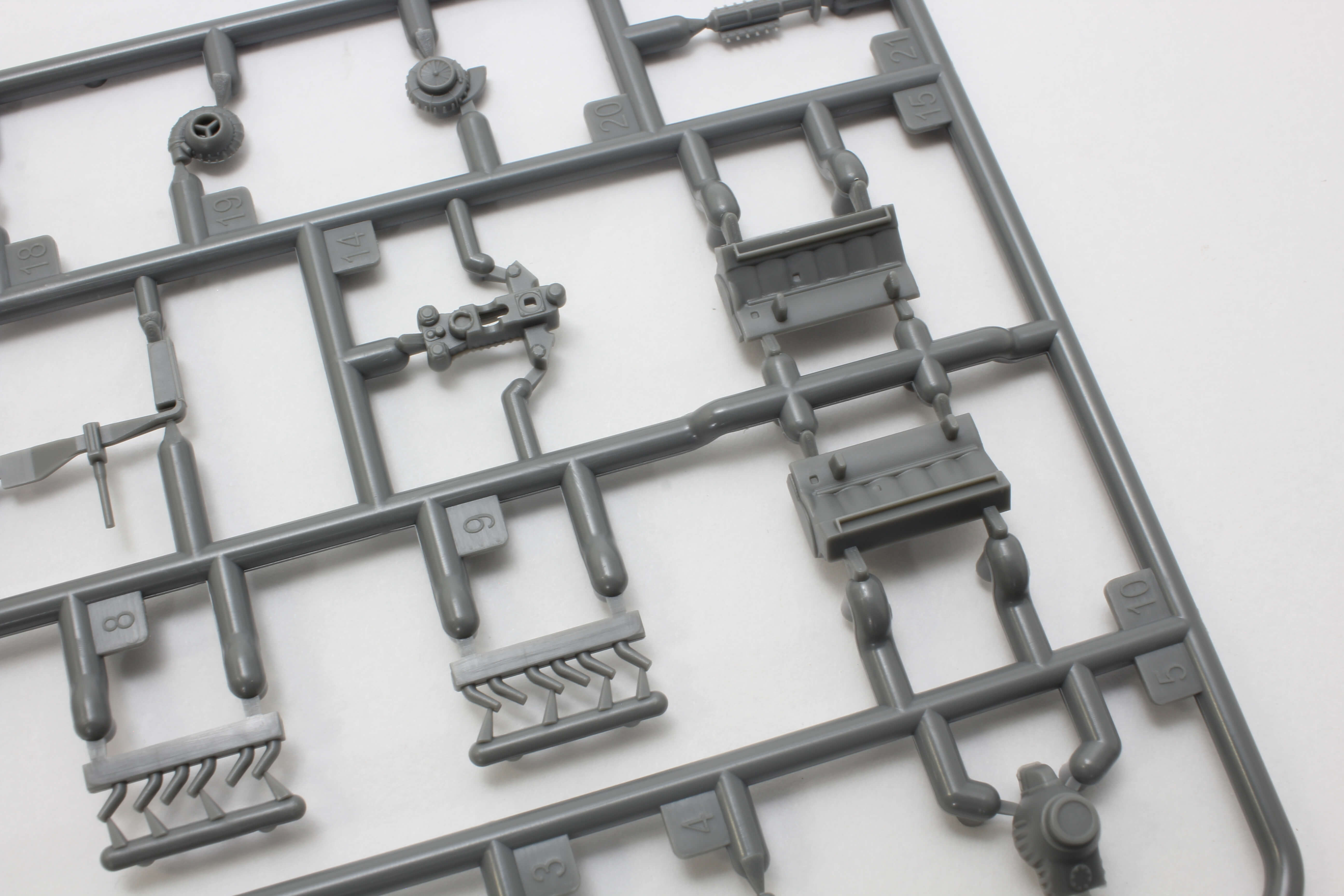 A really detailed design is underlined by, for example, this engine - after adding a few wires, a model with an open engine compartment can be built from the kit. 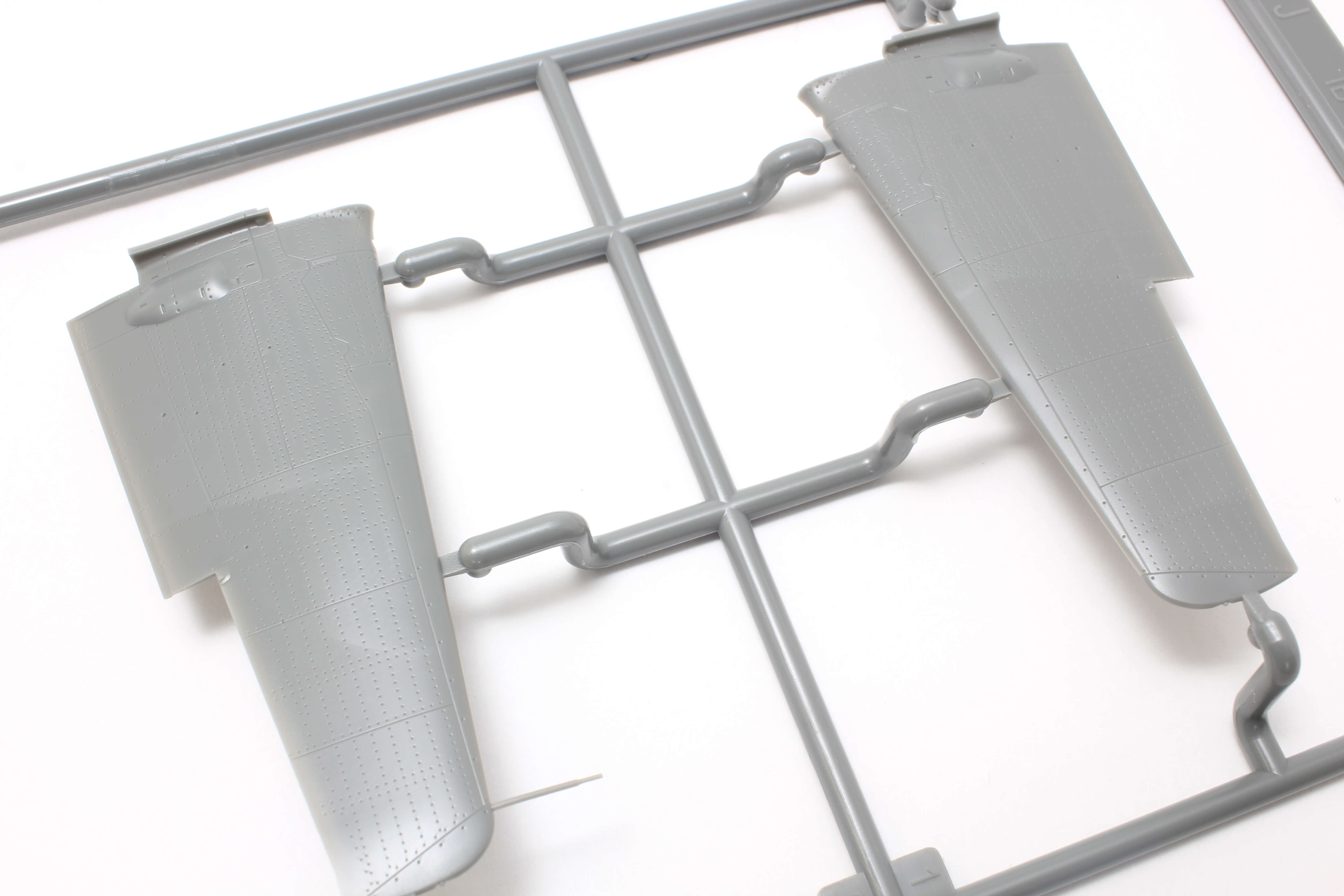 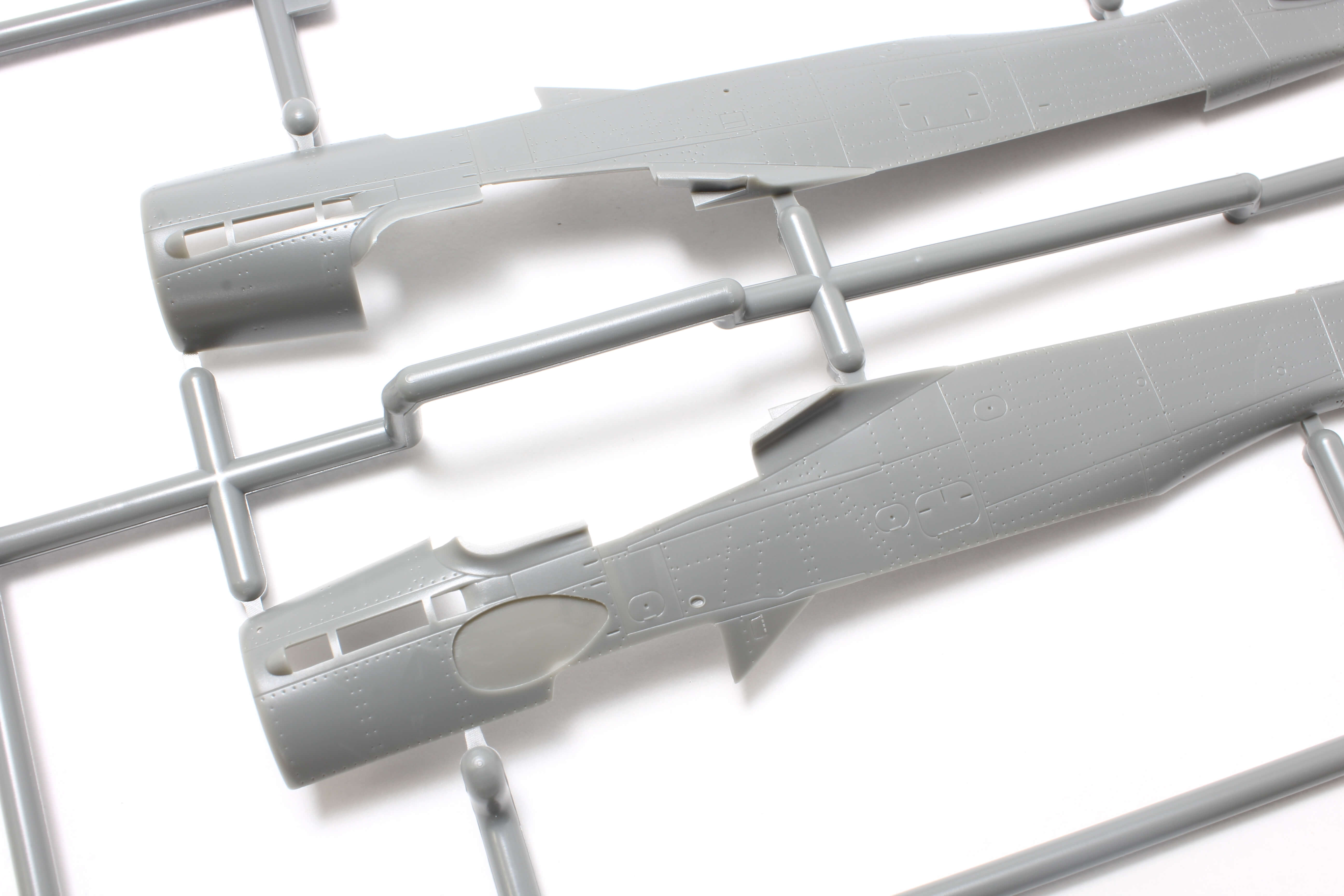 The design of the rivets and "engraving" is very sharp and precise. In my opinion, reasonable depth. 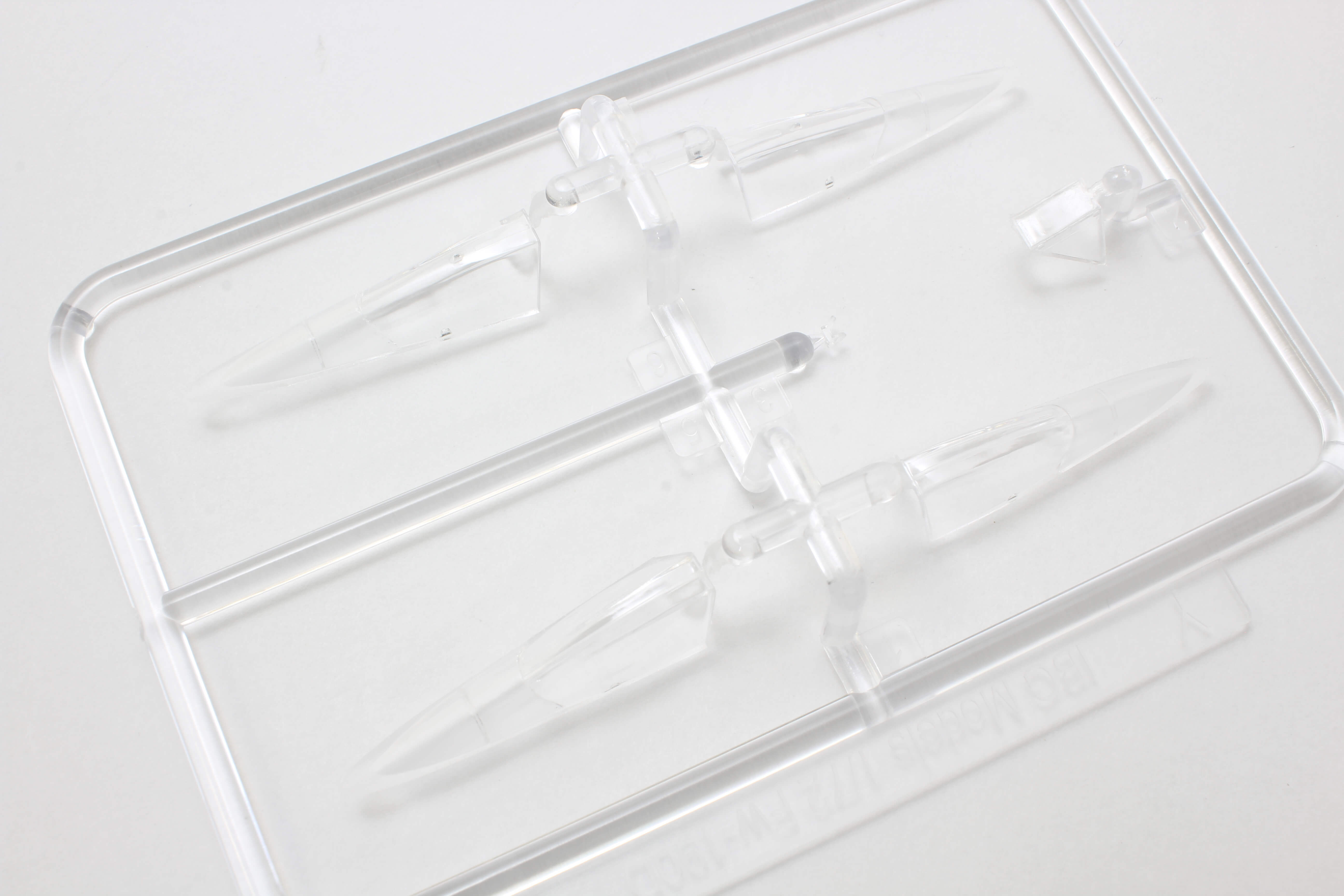 The clear parts have a reasonable thickness and very good framing sharpness and clarity. 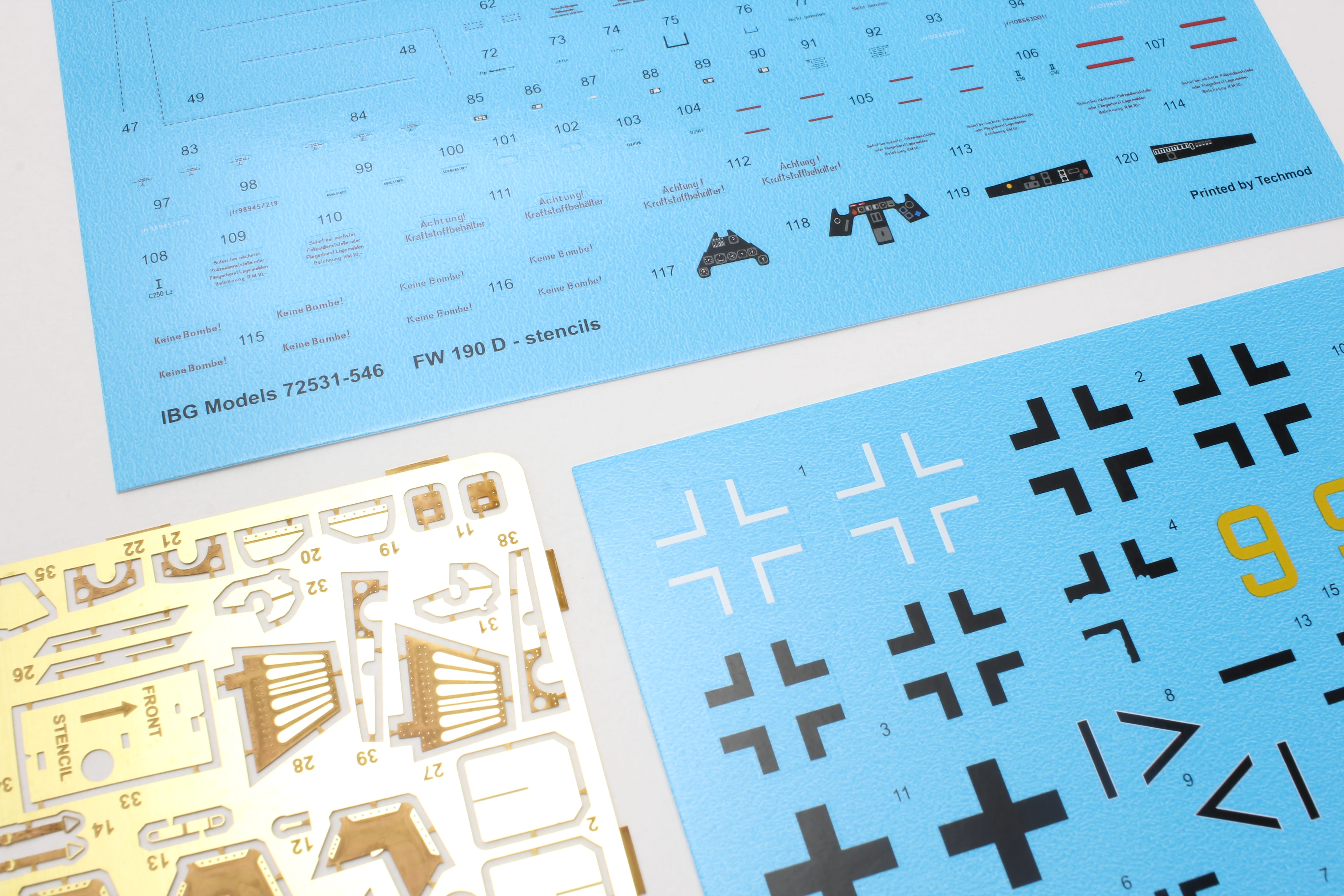 The well-known company Techmod is a guarantor of high-quality decals. The decals have a very nice registration and also the overall thickness. The kit also includes a plate of etched parts. 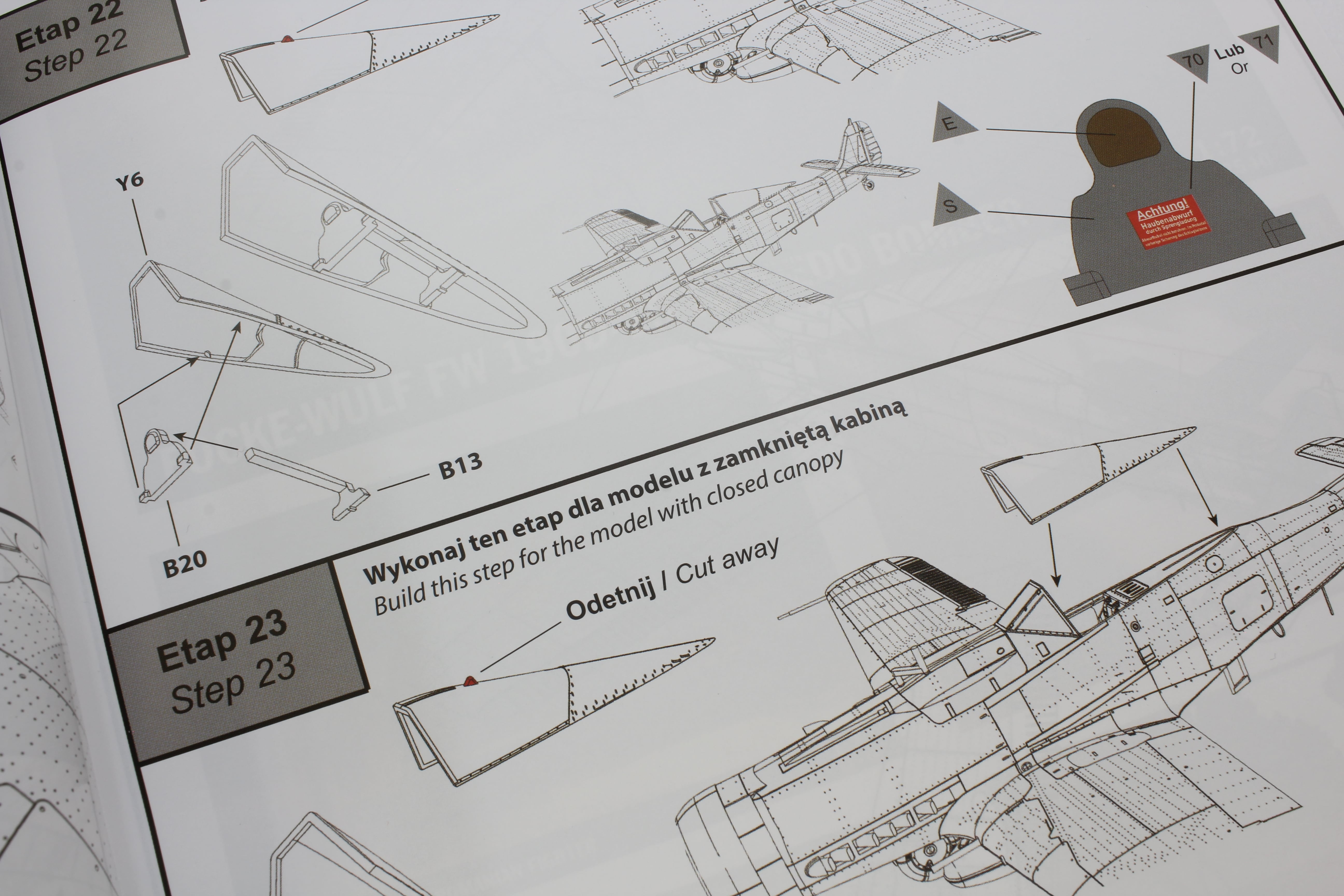 The instructions are clear, the colors are represented by 5 different alternatives from the manufacturers (Hataka, Gunze, Vallejo, AK and LC), which is a very pleasant detail. I evaluate the new solution of informing about the location of individual colors very positively - we finally got a clear representation. 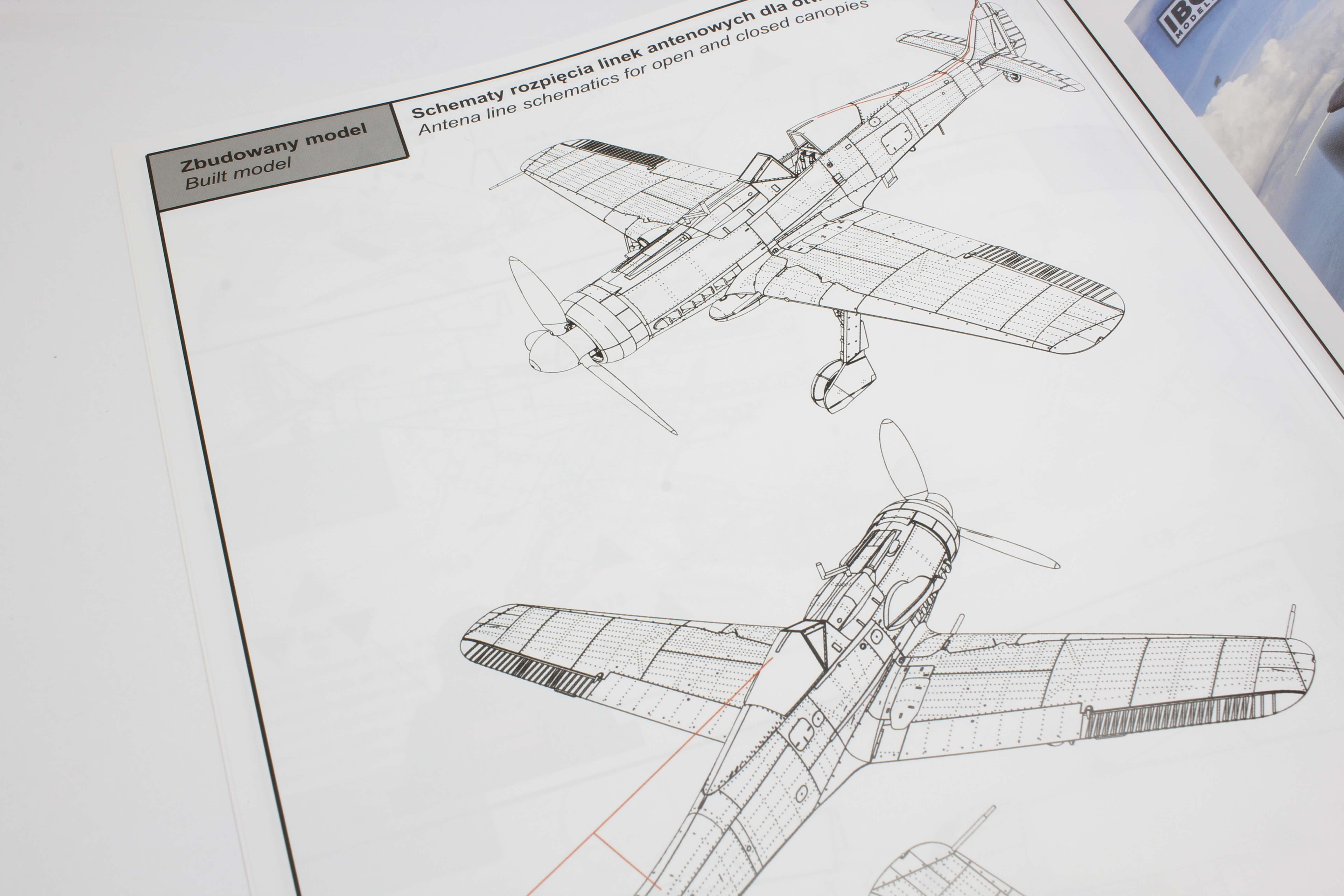 In the D-9 version, there are three camouflages to choose from at the end of the war.

In the D-15 version, there are again three machines, where two are "what-if", including a suspended torpedo and one is, according to the actual model, the only really built machine of this variant.

You can read more about models here: