Photo review of the model B-17G Early Production from the production of company HK models in scale 1:48 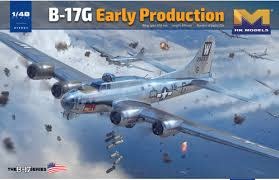 The 1/48 B-17 was one of the long-awaited news at the end of last year. In the end, its production was delayed a bit and so it arrived in February this year. Still, it was worth waiting. The "Flying Fortress" B-17 in version G is associated with an air offensive against Germany in the second half of the war. The first flight of this version happened in mid 1943. The main modification was the turret in the bow, which was to improve the protection of the aircraft against a frontal fighters attack.

At 1/48 scale, the B-17 model from Monogram was considered as the standard. The second model then introduced was made by Revell. Both models, however, came from the past and it was strange that manufacturers have avoided this model so far. The reason was probably the size of the model. Not every modeler has a large showcase to fit the quarter Boeing. After all, the resulting model has a full span of 66 cm. On the other hand, the HK model was not afraid to repare B-17G in a 1/32 scale. Compare to this model has been B-17G in 1/48 scale small.

We will introduce the new model only in the photographs. Although the large box is completely full of moldings, the design of the model is thought out to consist of an adequate number of parts. And so its construction will be straightforward. 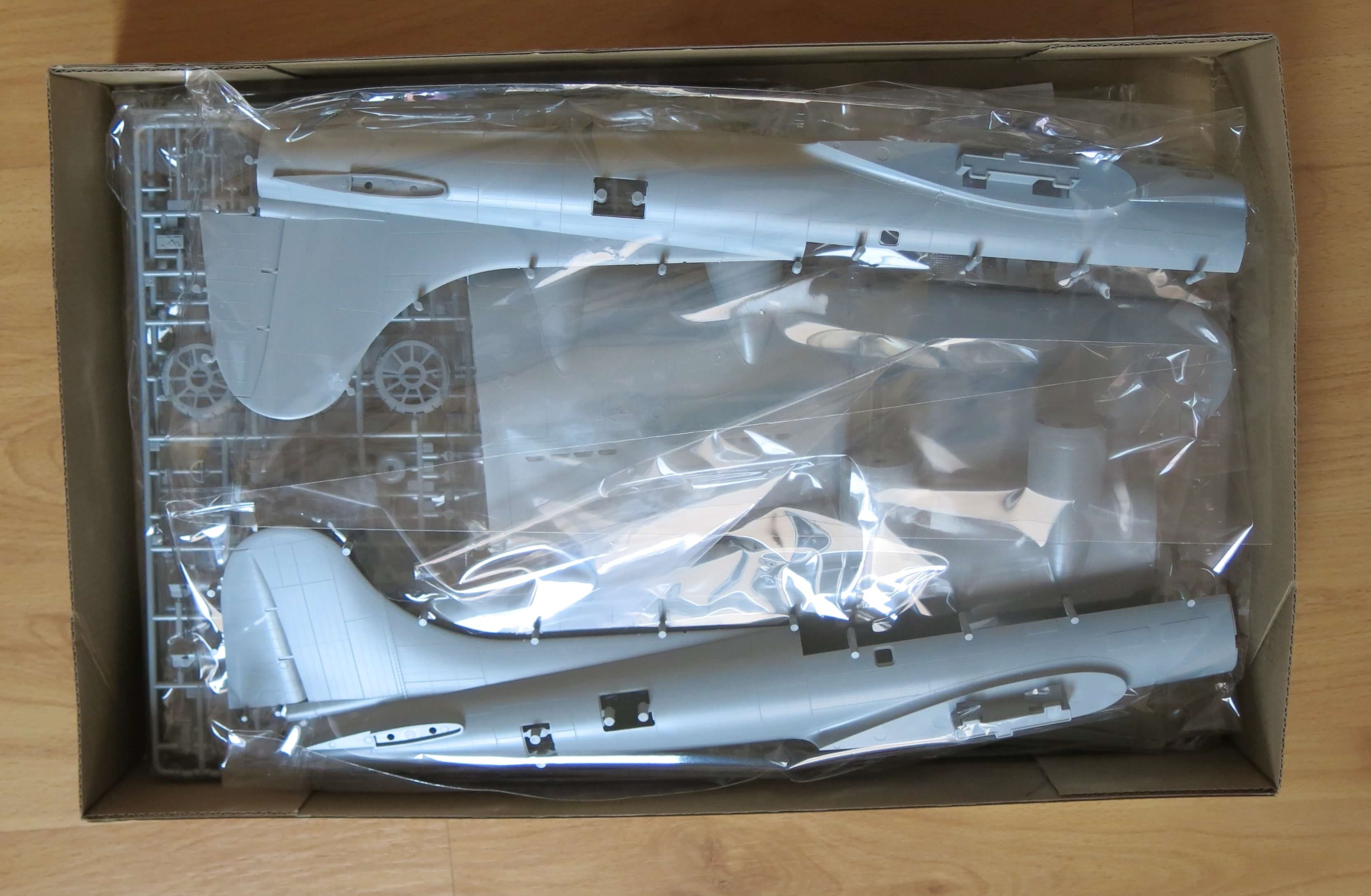 Big box is pretty full. If you remove the parts, the problem will be to put them back.

The hull did not fit into the photo tent. Note the missing bow and torso. Preparation for the next version. 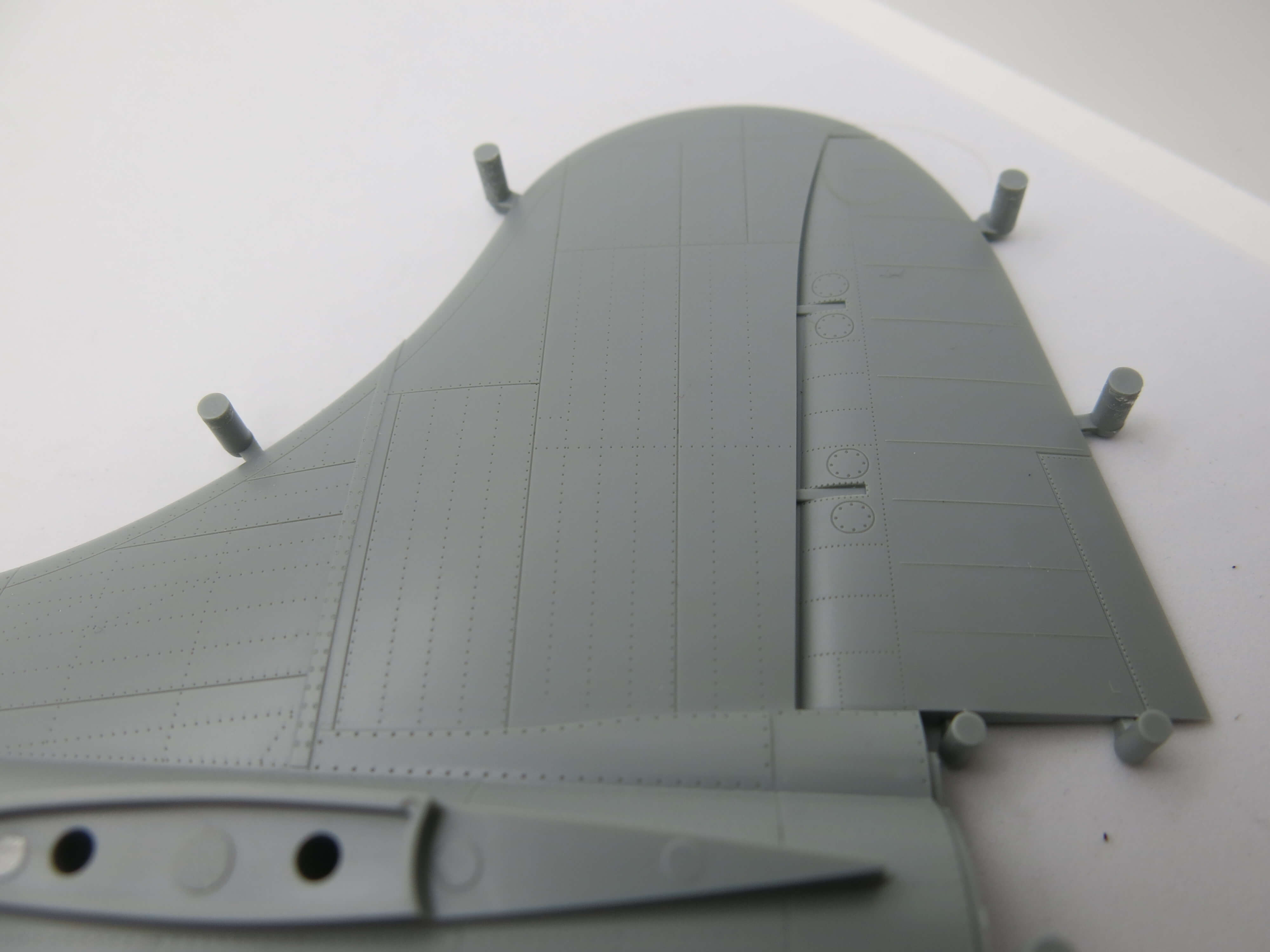 Ruder detail. Note the ejectors along the outer perimeter. They are along the entire fuselage, yet the ejectors are here and there and inside the fuselage.
If you fully equip the interior, you will have to clean some of them. 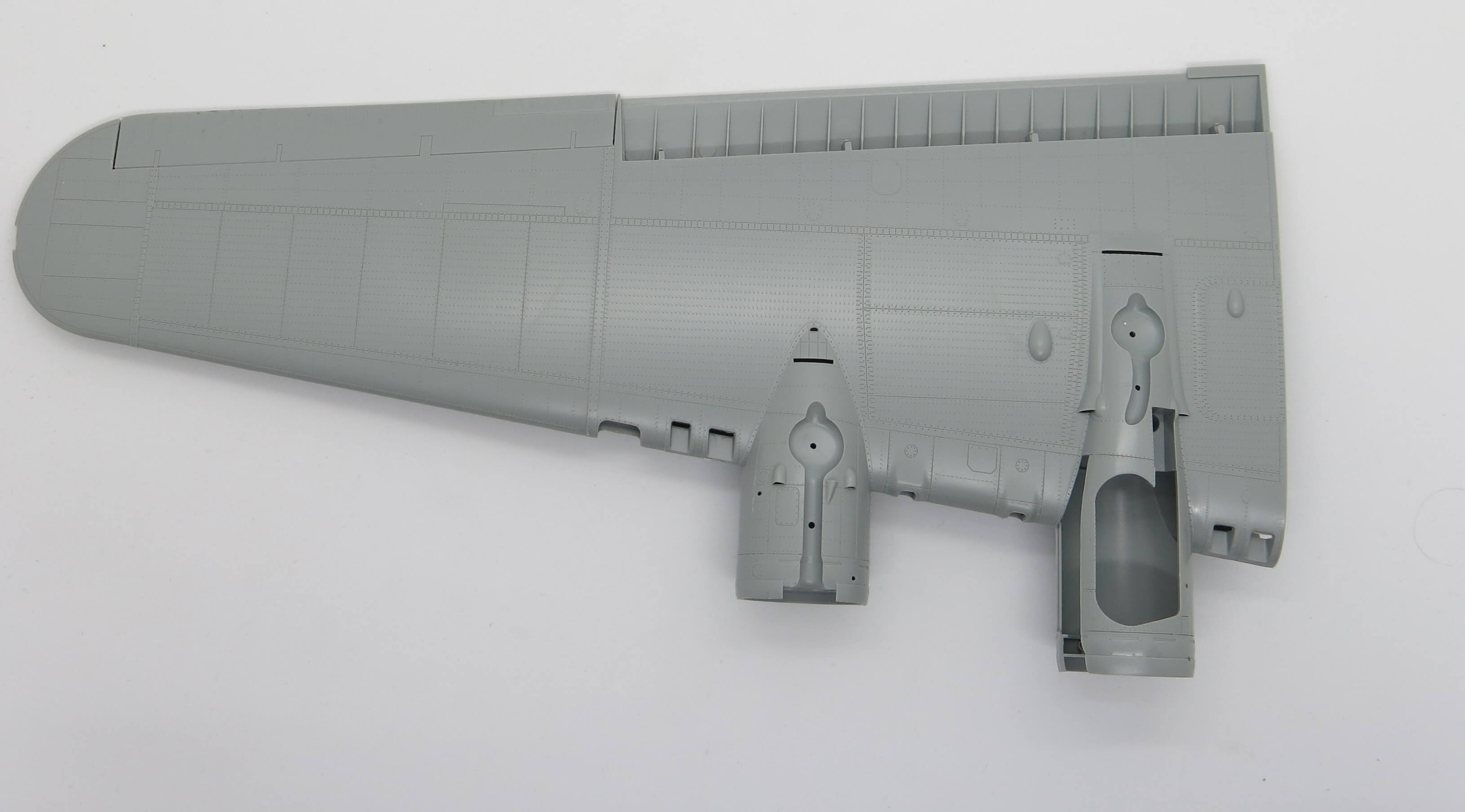 The wing has a nice surface, but it is a large area. There are locks on the fuselage connection so that the wing of the glued model can be taken off and held correctly. Yet it will be better to fix everything. 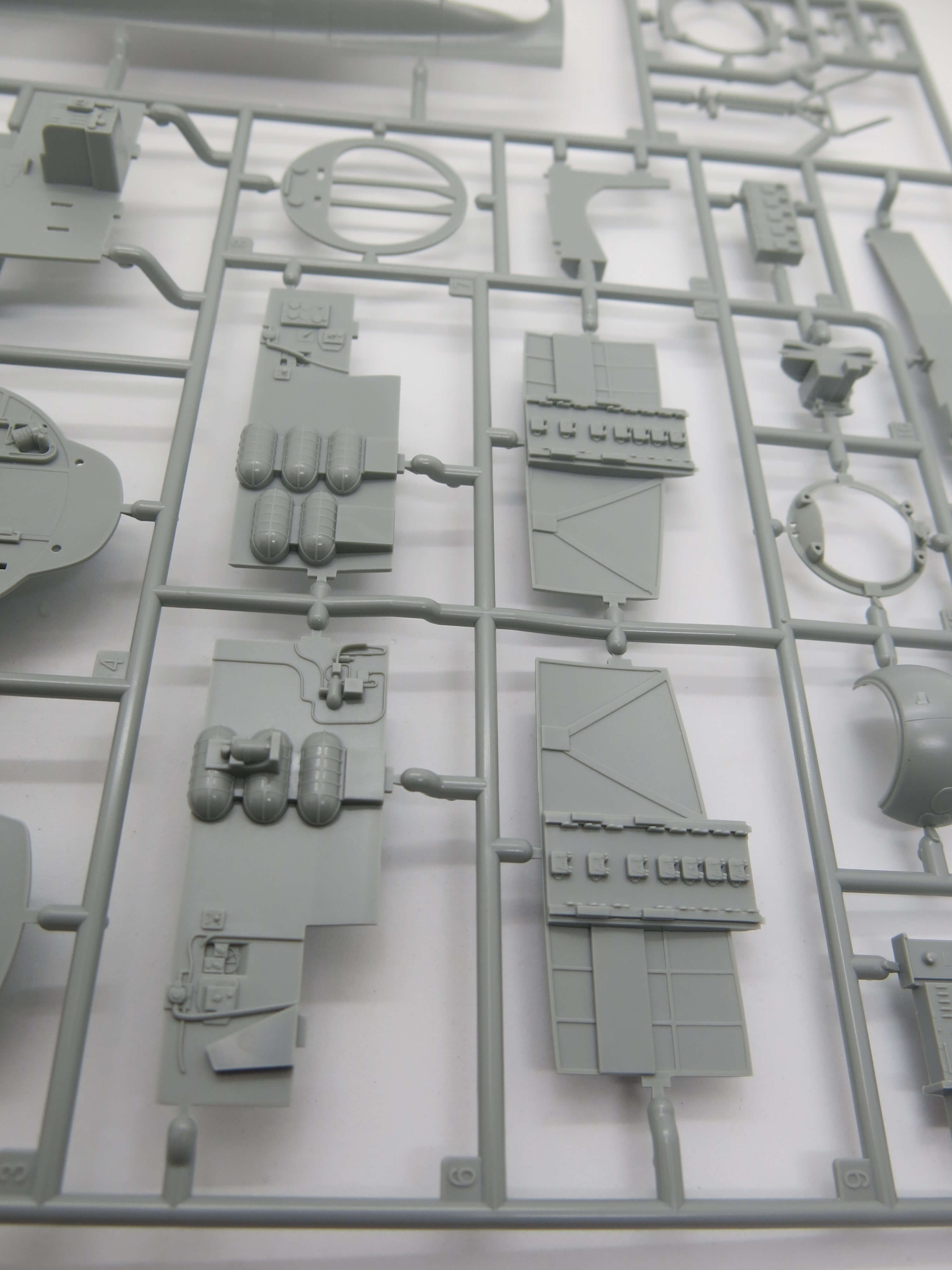 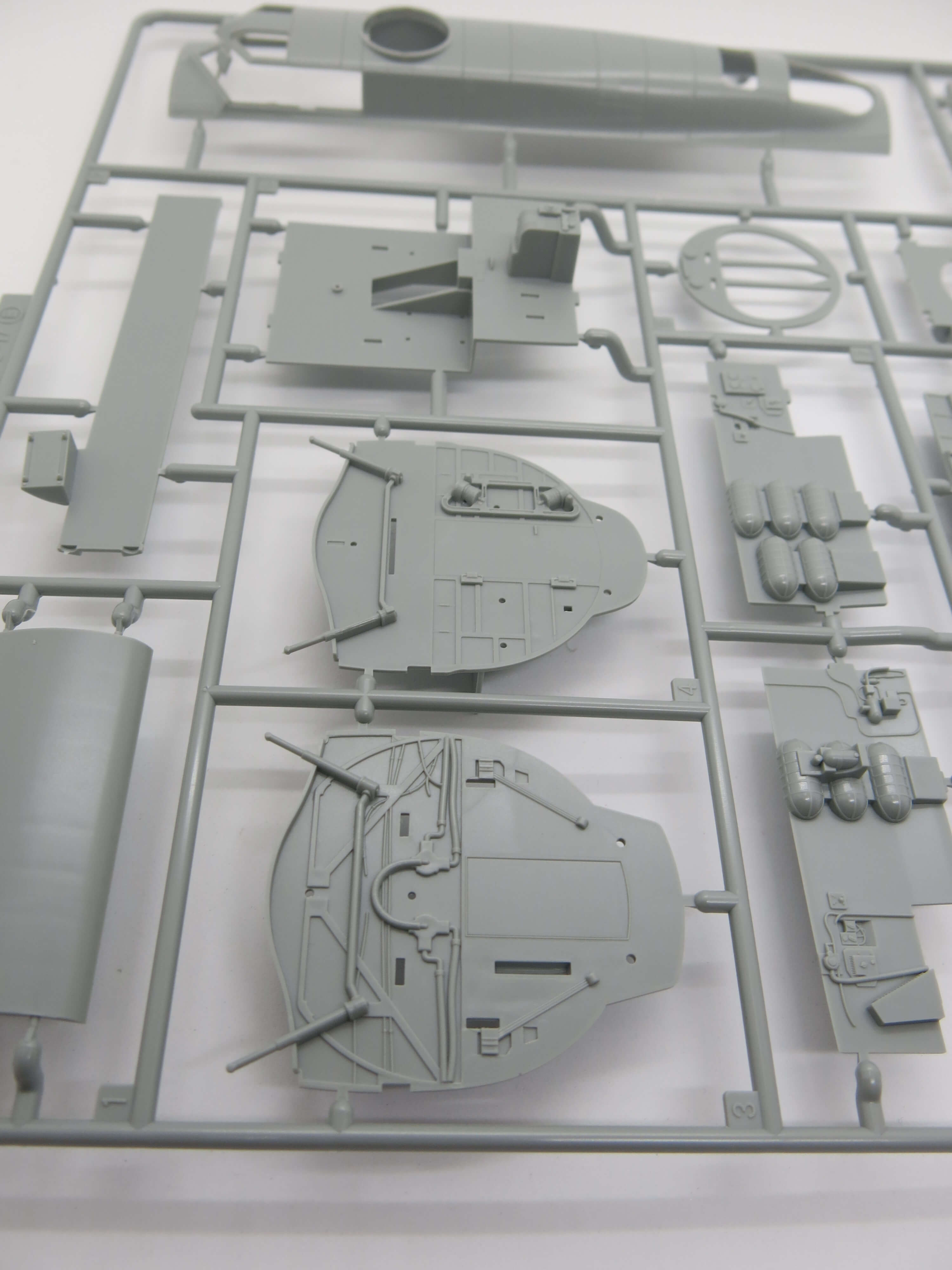 The manufacturer put a lot of attention to the interior. We have both bulkheads and parts for the bomb bay. 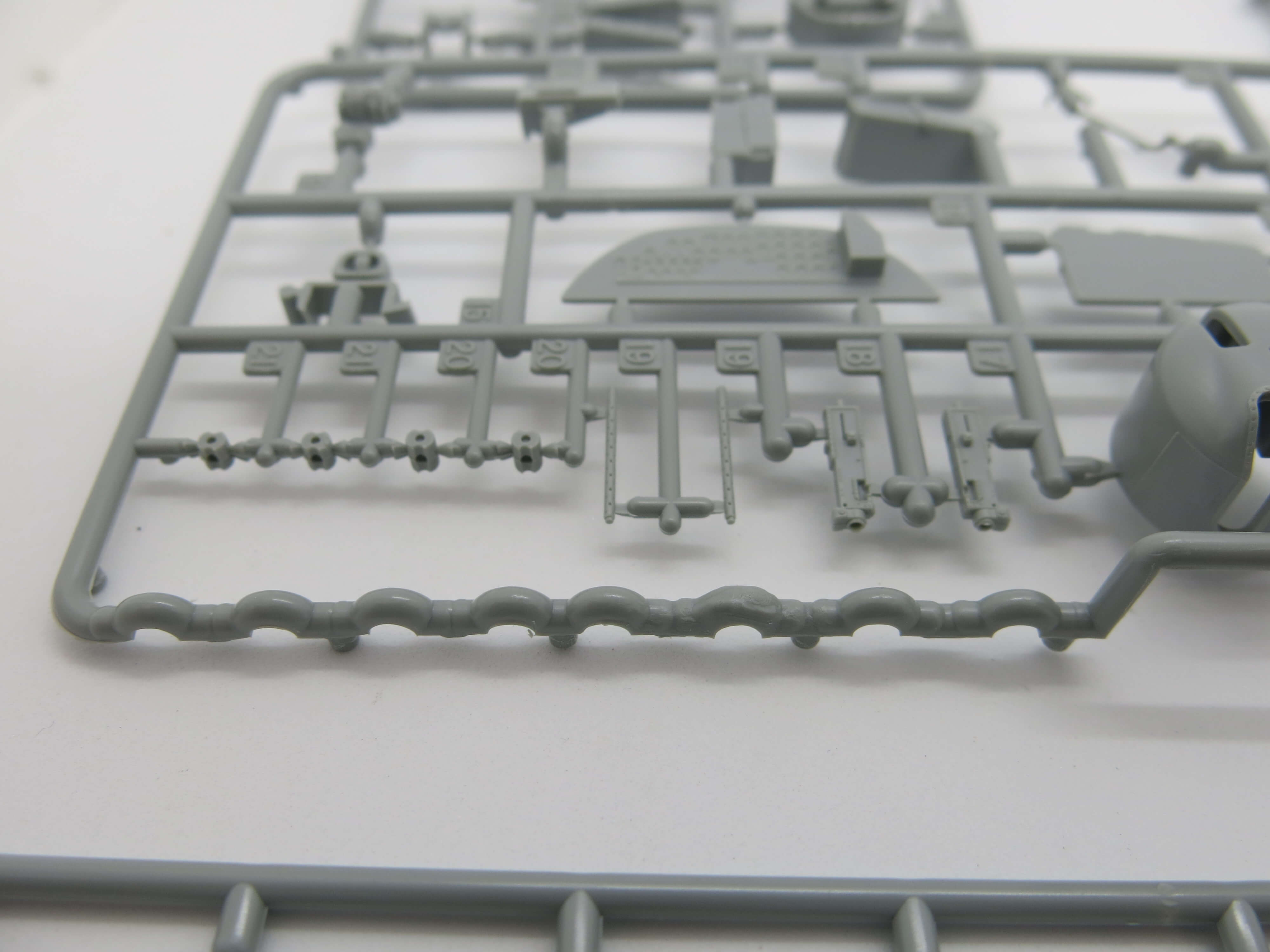 Weapons are also nicely handled, including holes in the main machine guns. Here, complicated injection with the moving core was used. 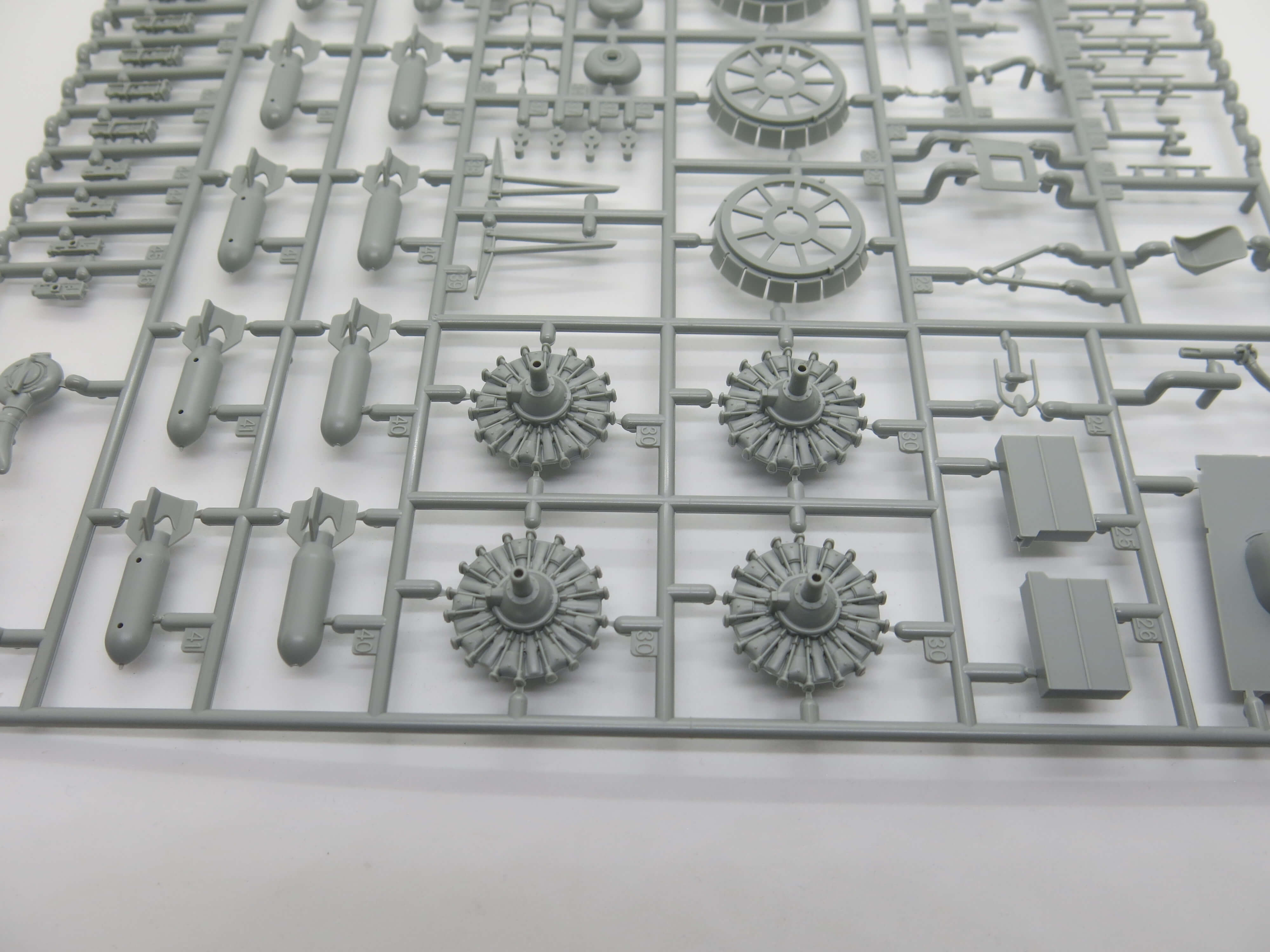 Engines, on the other hand, are not so nice as I would expect. I don't like it, especially the missing details on the engine cylinders. There is room for accessories manufacturers. 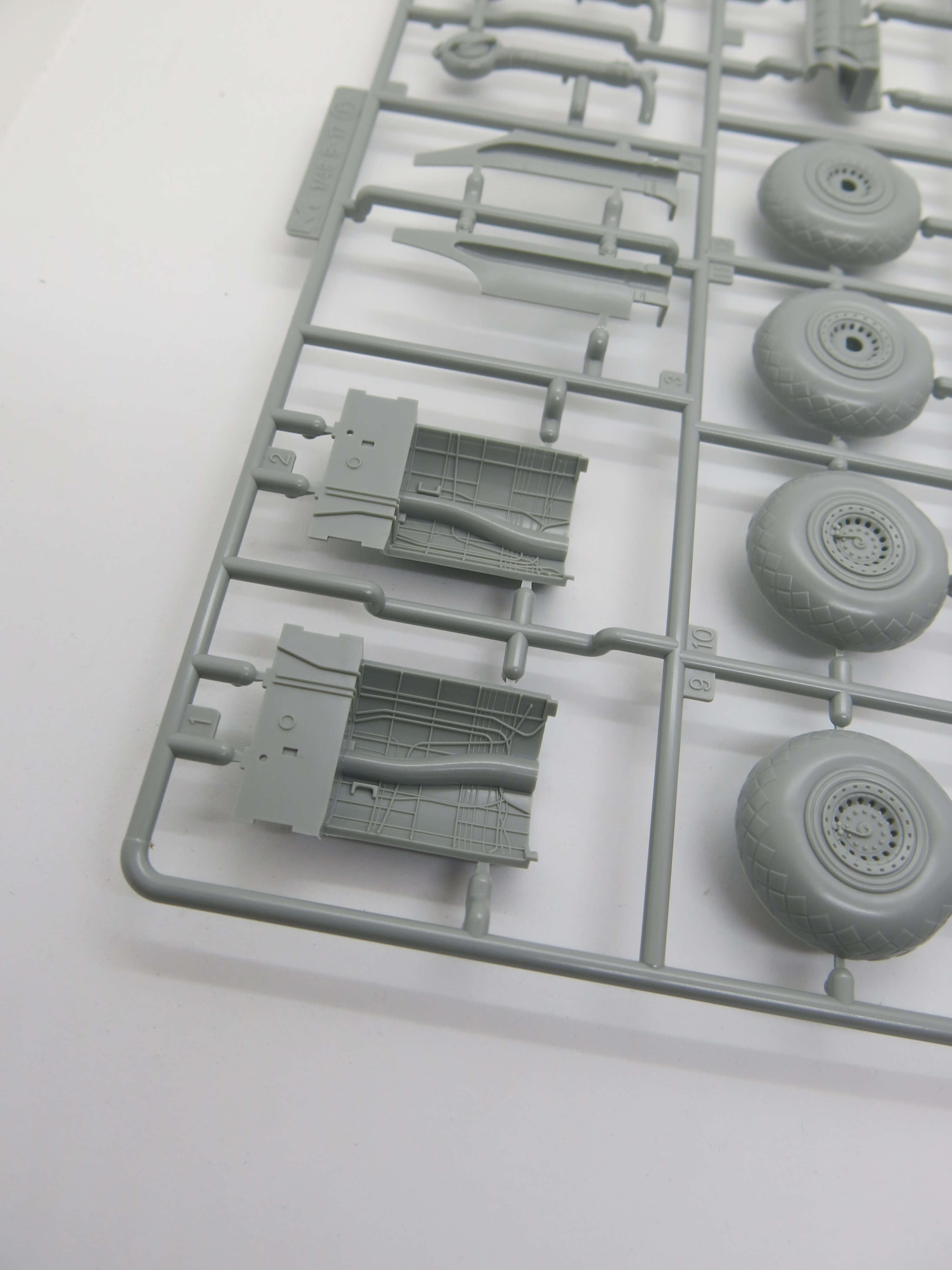 On the other hand the engine gondolas are nicely rendered, including the interior design including exhaust pipe. 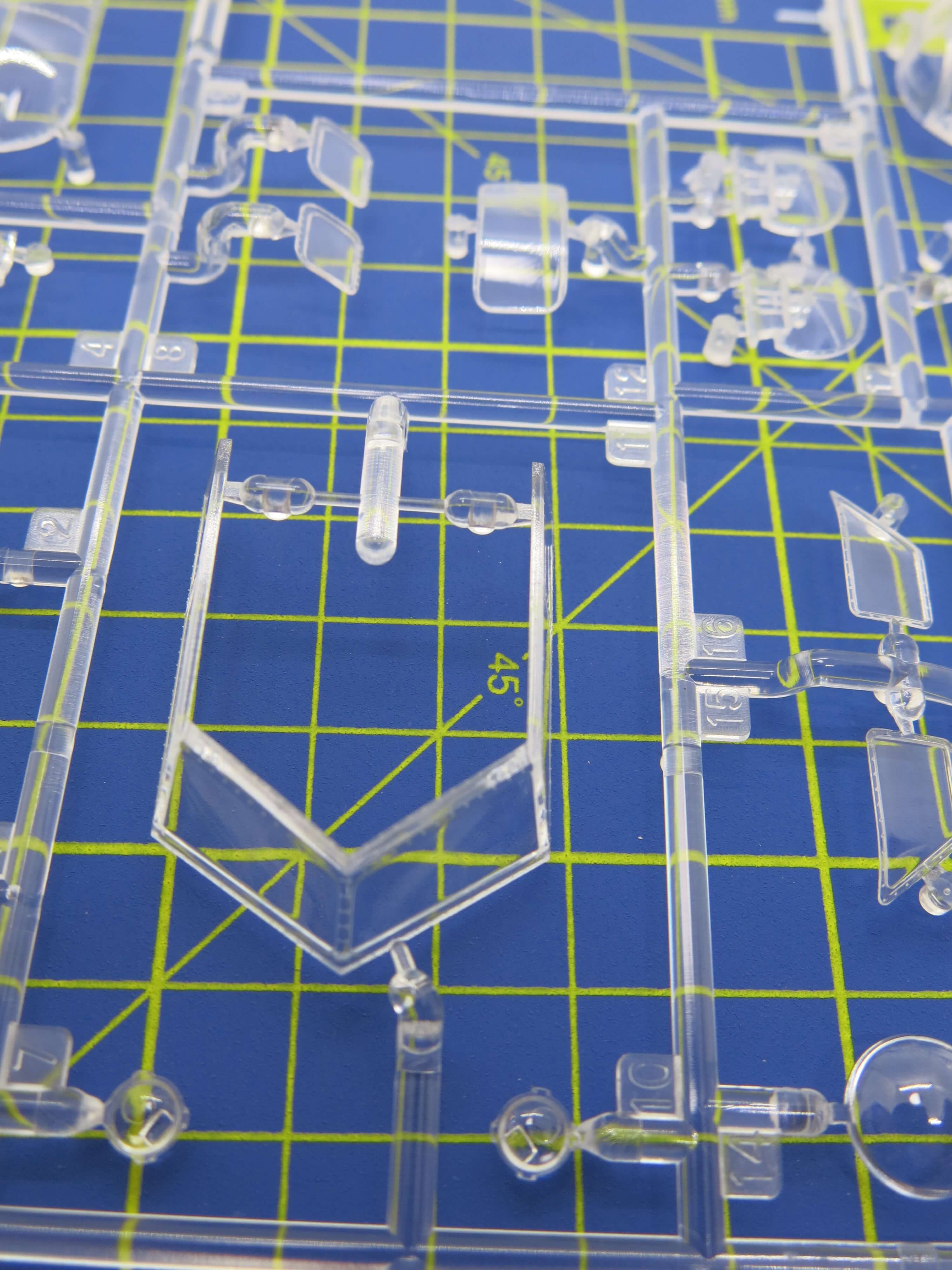 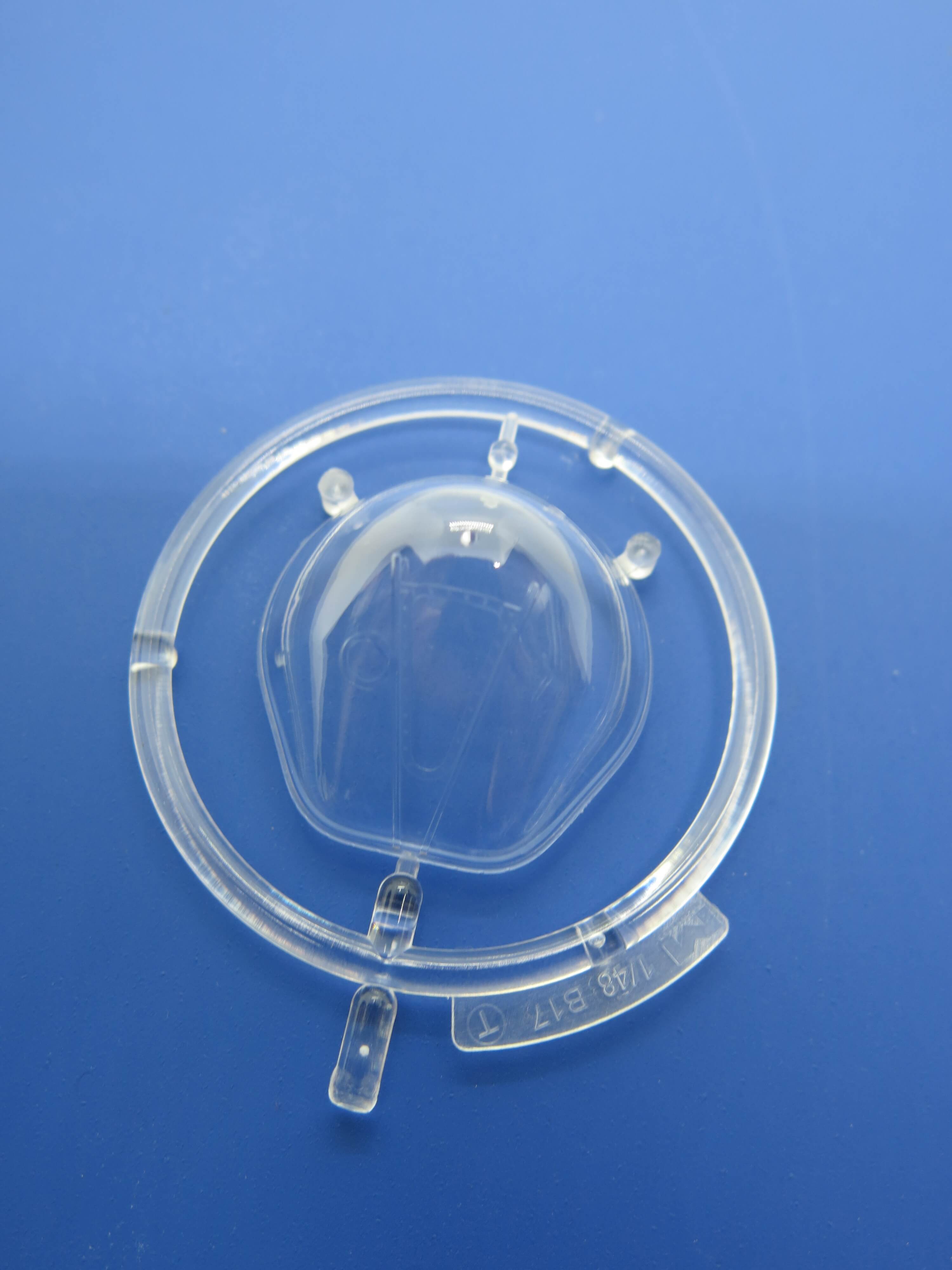 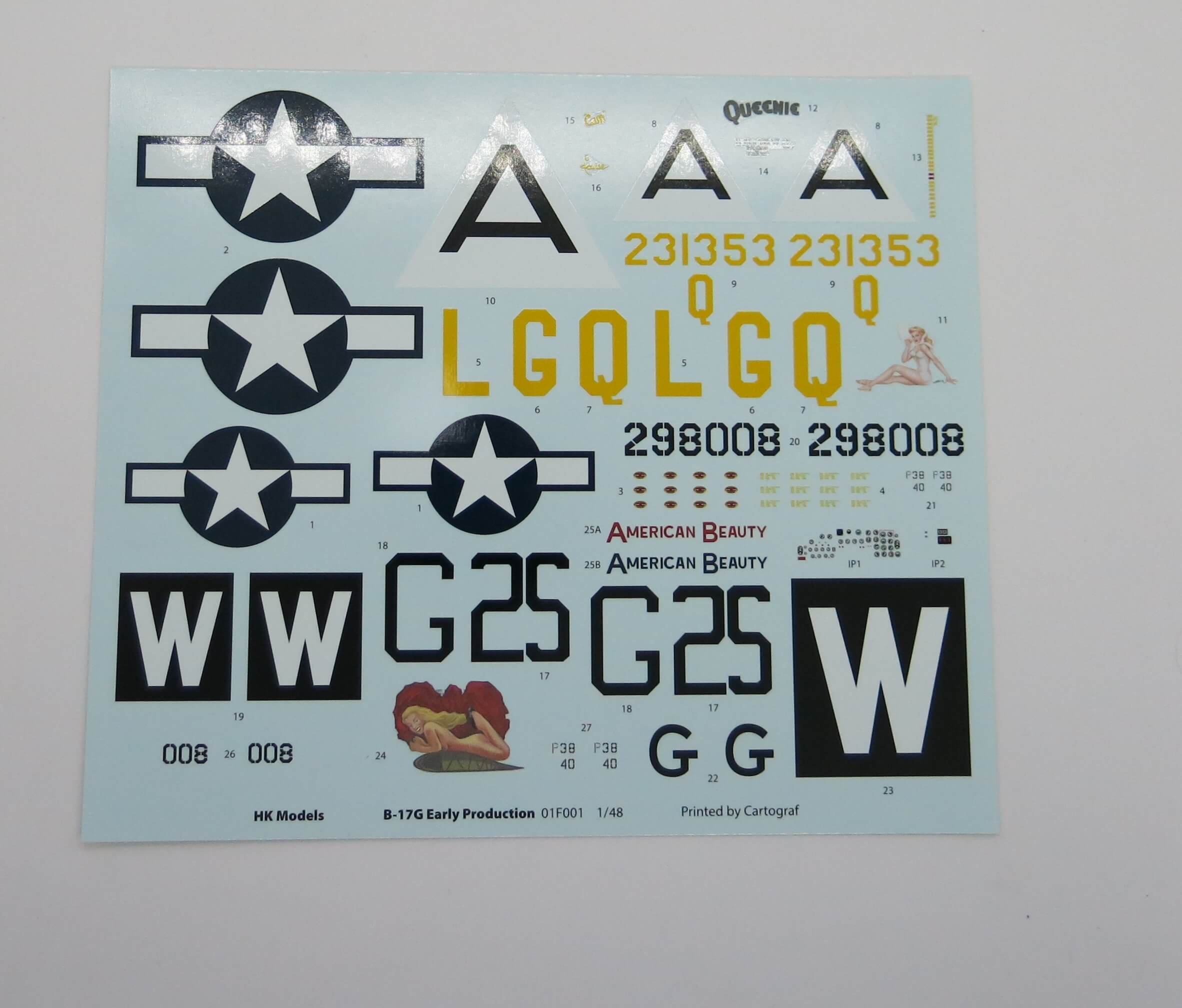 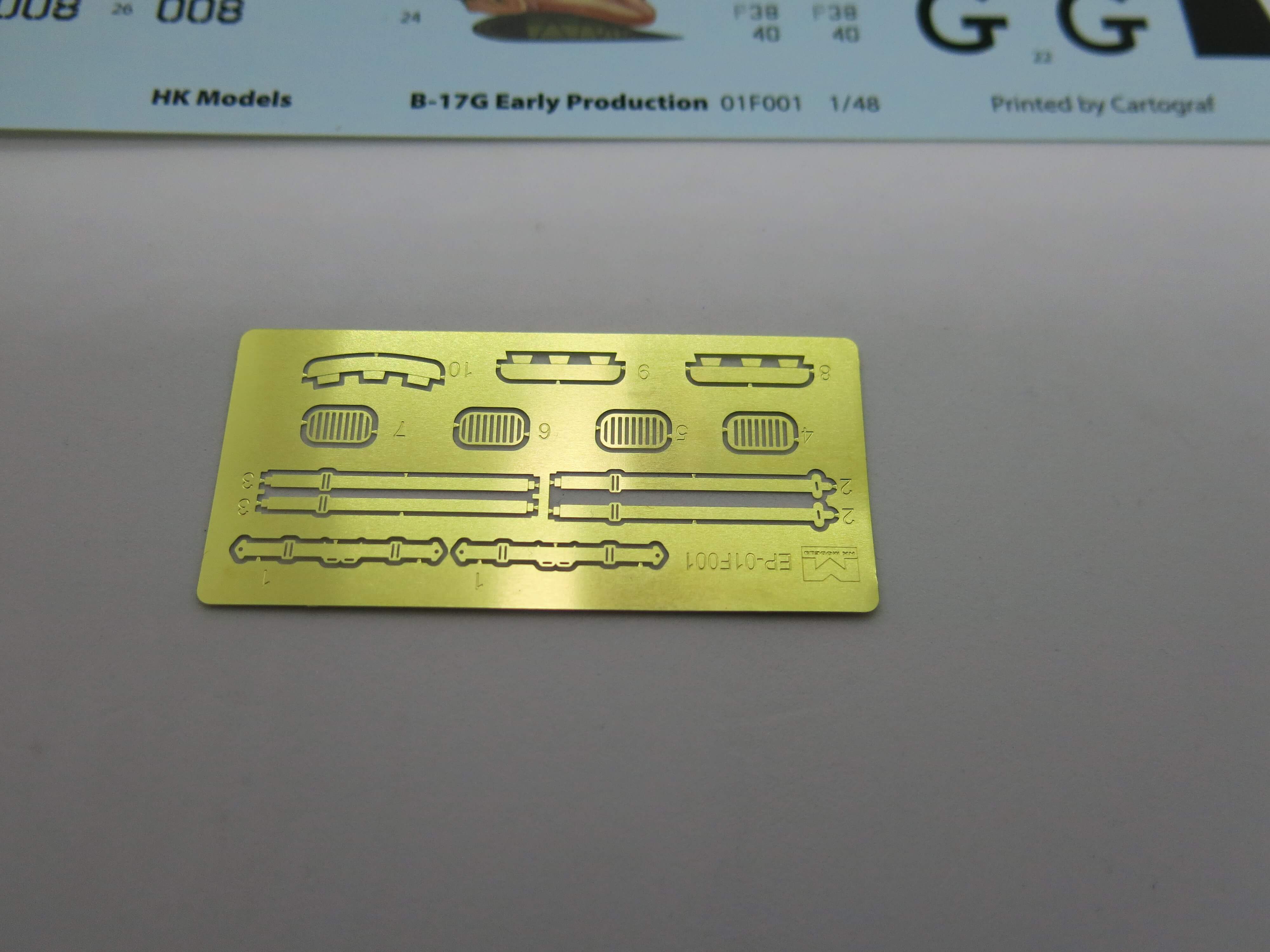 Decals printed by Italian company Cartograph. Decals allow the construction of one camouflaged and one aluminum machine. There is also a small set of photo etched parts.

You can buy the model here:

You can read more about the B-17 at following web sites: