After a long pause, S-model has released several new products. Today we are the first to introduce a model of the light American airborne tank M22 Locust. This tank quite rightly remained in the shadow of other allied structures. During World War II, the airborne troops gained in importance. They were first deployed by Wehrmacht. Their airborne units used, among other things, in large scale airborne gliders of different sizes. The Allies could not stay aside, and on both sides of the Atlantic Ocean - in the UK and America, the development has started in full scale. Airborne tanks were created both in the UK (Tetrach) and in America (Locust). But the glider capable of their landing was only one - the British General Aircraft Hamilcar. Marmon Herrington designed the tank under the original designation T9. It was a fast tank (64 km / h) lightly armored and armed (37 mm cannon). Although it was made in greate quantitiy -  830 pieces, the design of the tank was considered as unsuccessful. It particularly disturbed the high failure rate. In addition, the only American aircraft that could carry the tank was a large aircraft C-54 Skymaster and only with difficulties to handle the tank during loading and un-loading. In addition, the C-54 could not operate from field or temporary airports.

Despite a number of issues, the tank was finally deployed. 25 pieces headed to the 1st Airborne Division, but no information about their operational history is available. On the other hand, British use Locust during Operation Varsity - crossing the Rhine river. It has been much better documented. Six tanks out of eight survived landing. One of them was destroyed by a German tank destroyer, the other continued in action, one of them had a mechanical failure. Ultimately, the tank was deployed in the largest scale by Egypt during the first war with Israel in 1948. Under local conditions and the lack of heavy weapons on both sides did not processed so bad.

The S-model kit's box contains 2 dark green plastic frame to build two pieces of model M22 Locust. Photo etched parts are included as well plus glossy decals. The assembly instructions are printed on the back of the box according to the new S-model schema. Decals contain only the marking for American tanks. Unfortunatelly both most attractive variants - British designations from Operation Varsity and  Arab numbers for Egyptian tanks are missing. 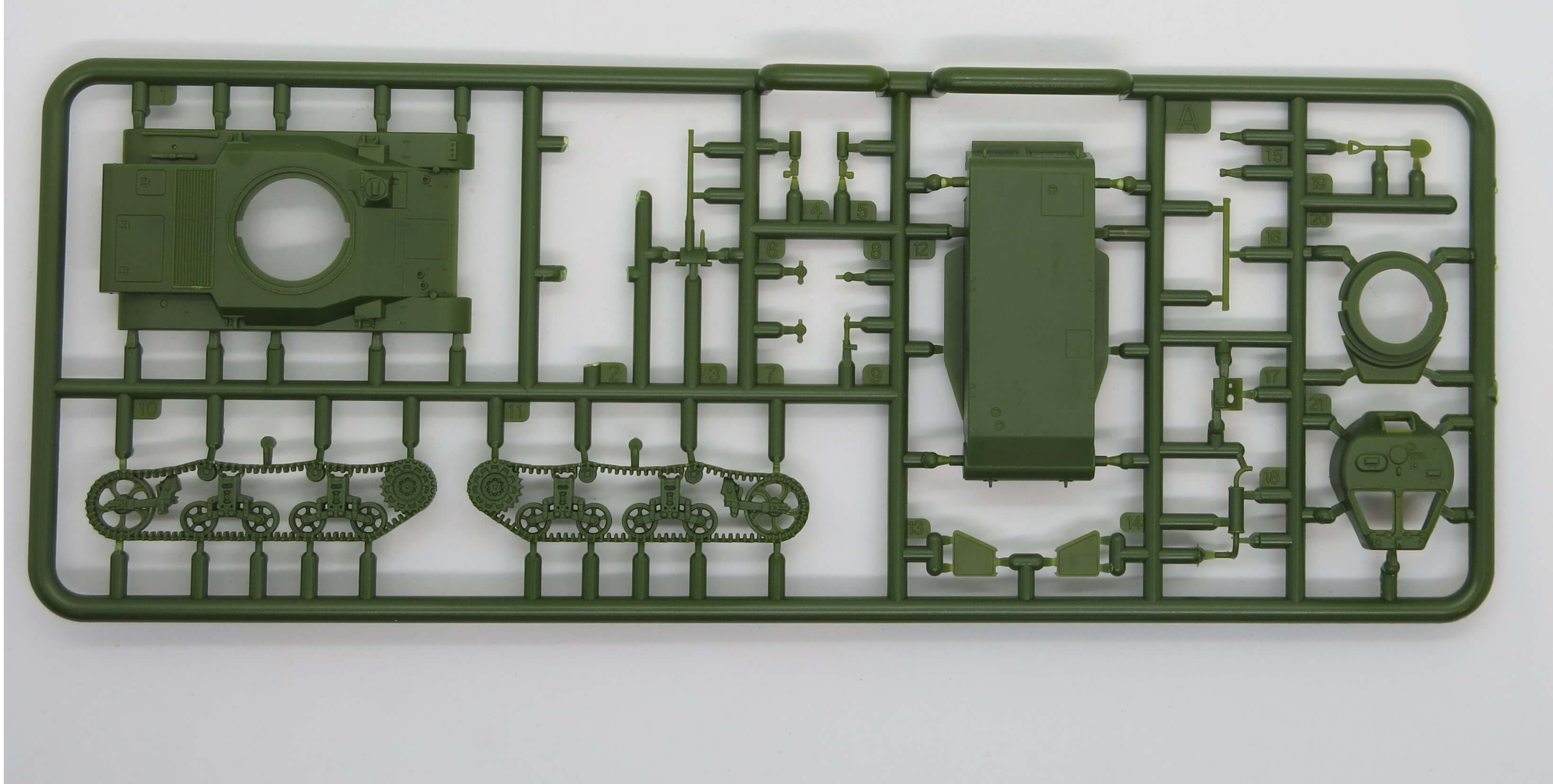 Single frame contains all parts for the assembly of the tank. 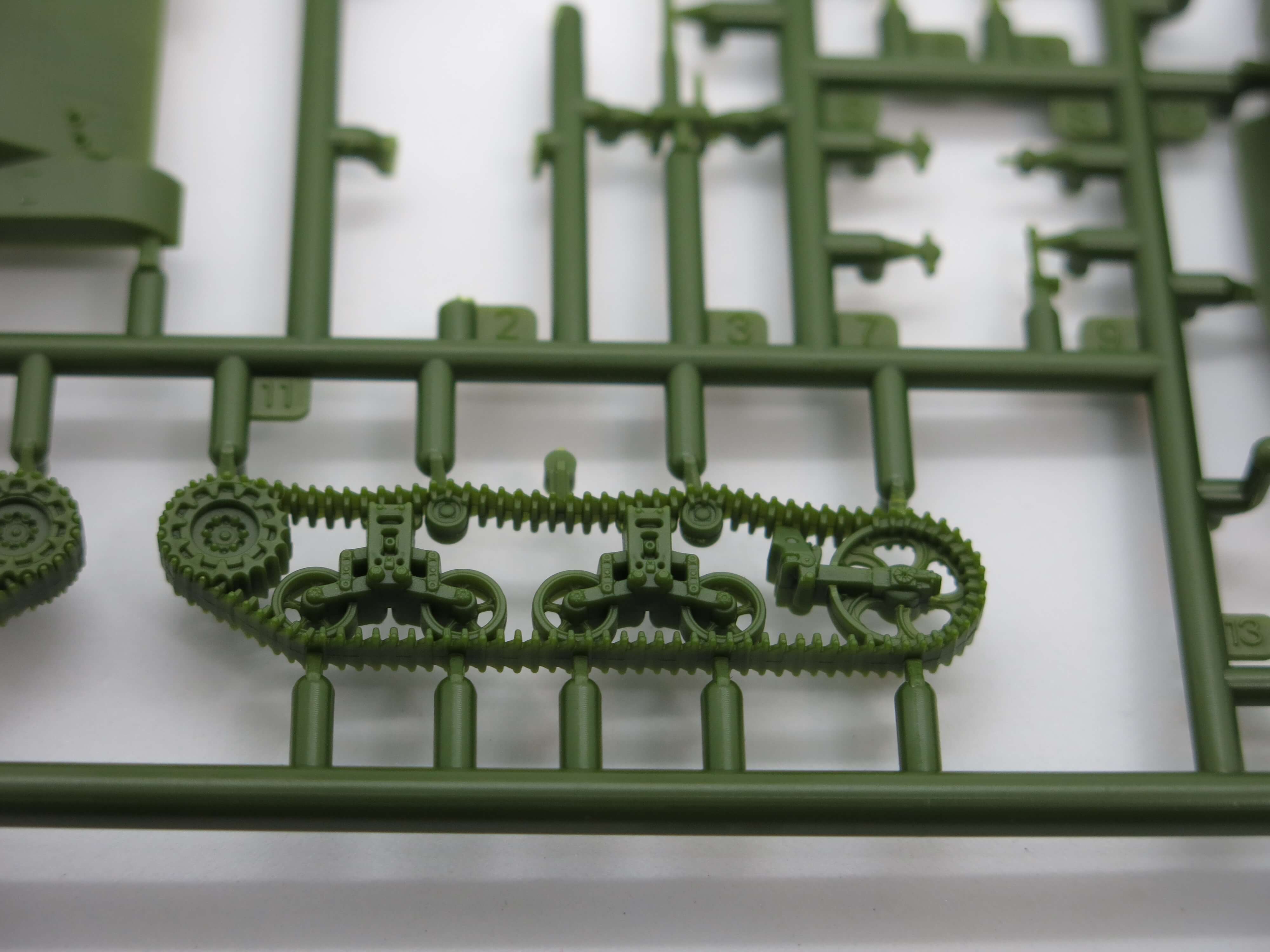 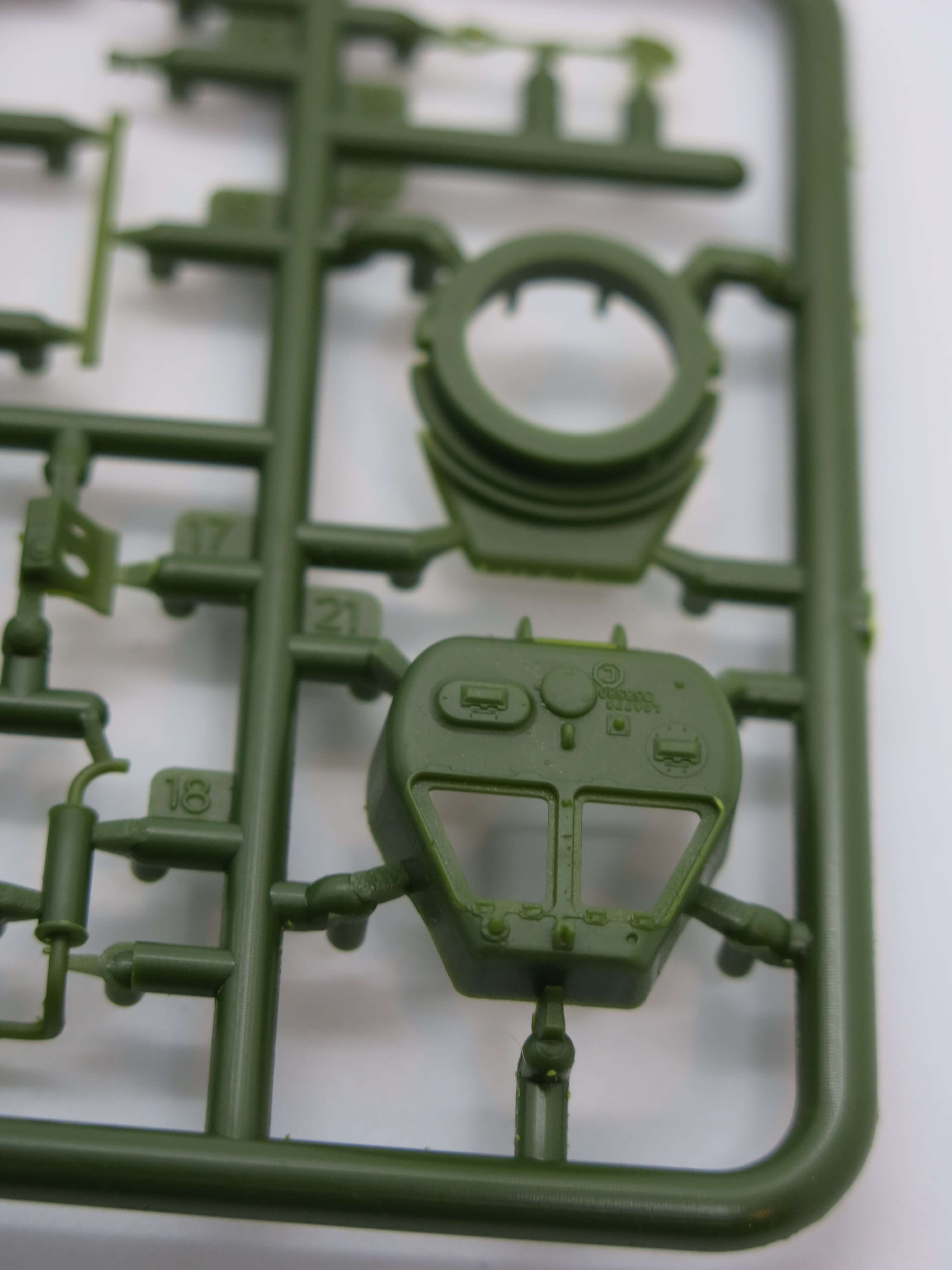 It is possible to leave both hatches on turret open 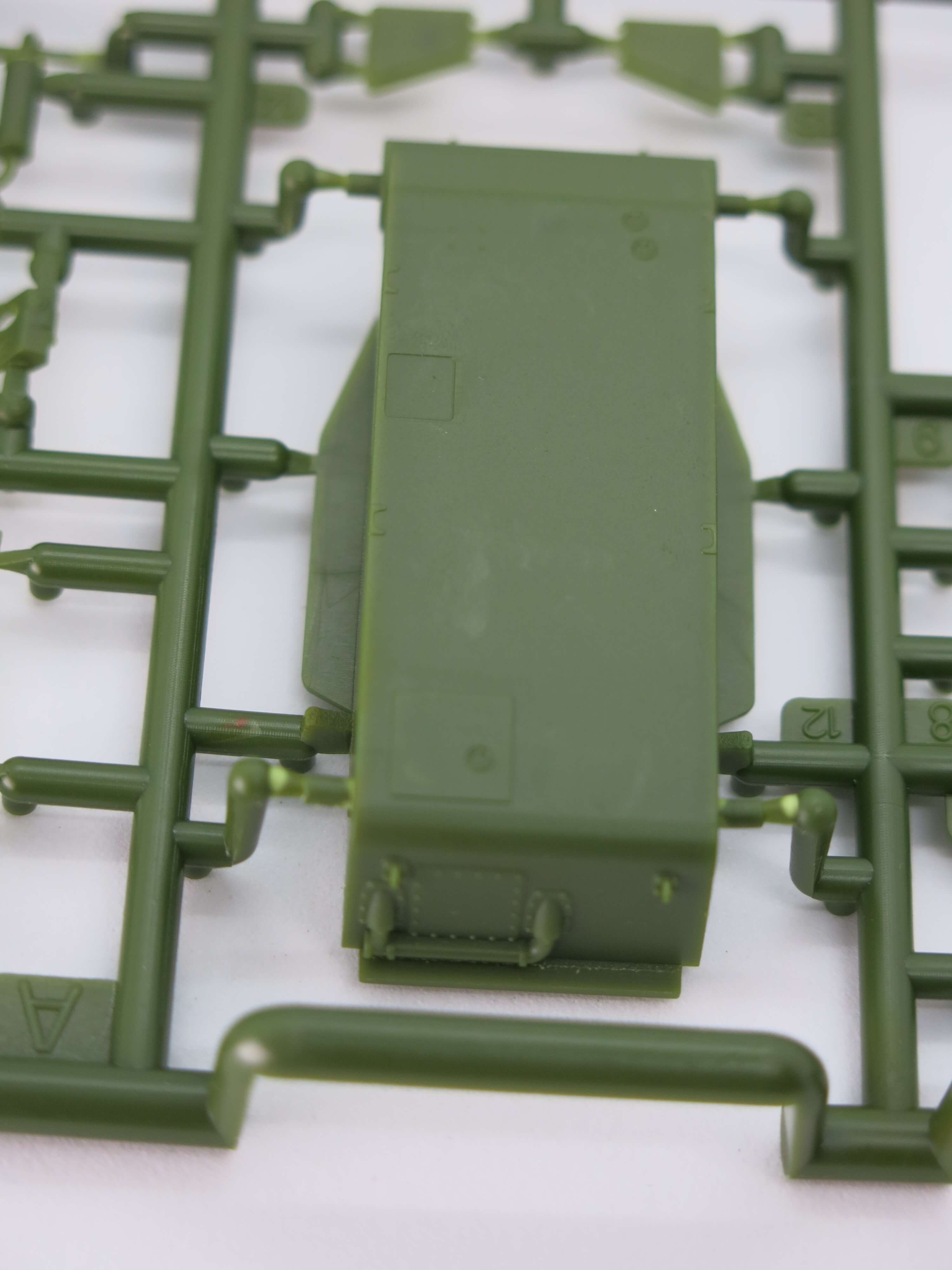 The lower body of the hull is molded, including details on the vertical end 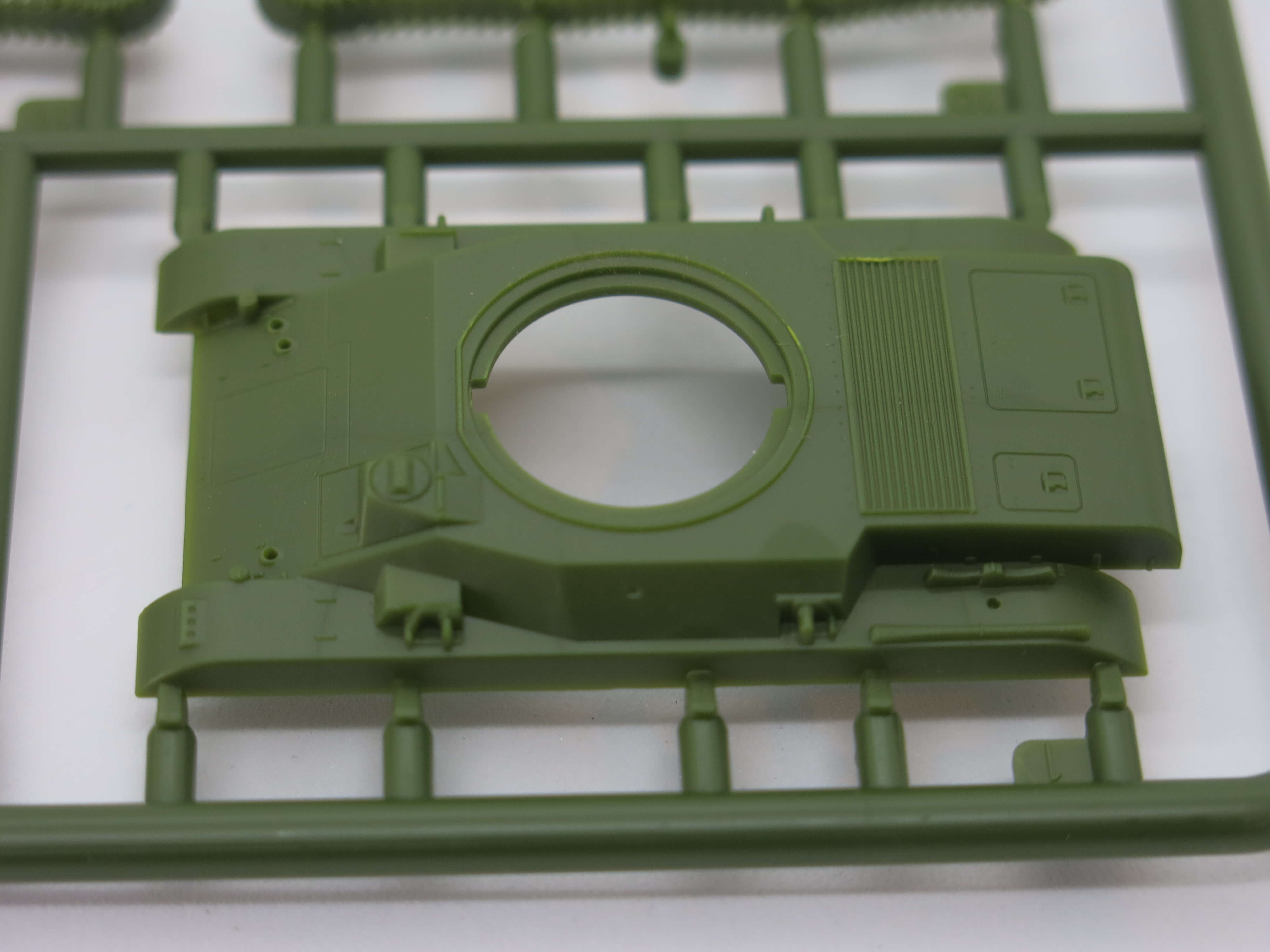 Everything is very sharp​ with needed level of details

Glossy decals and only for US version            Photo etched details

You can order the kit here: