We use cookies
This website uses cookies and other tracking tools to improve the user experience, display customized content and ads, analyze website traffic and determine the source of traffic.
Edit my preferences I agree to the use of all cookies
You can deny consent here
Home / News / New from Plastic Planet CLUB
Manufacturers
Information
Shop Plastic Planet 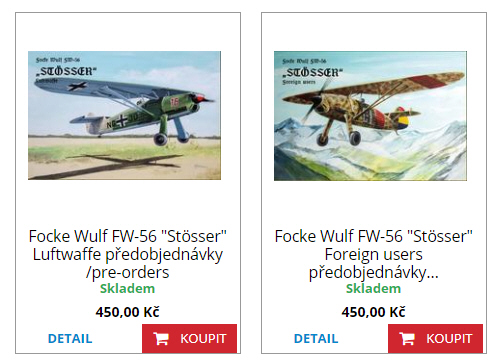 One of them brings camouflage of Luftwaffe machines from a different time period of service to this training machine. And the second is the camouflage of the countries where the machines got exported. Among the most interesting ones are probably the Spanish Republican camouflage. Stosser was one of the few German machines fighting on the Republican side. Others are from Hungary, Austria and Bulgaria.

The kits include plastic moldings, etched metal parts, and a transparent windscreen and onboard instrumentation. Plastic moldings come from forms of the original HPiM. 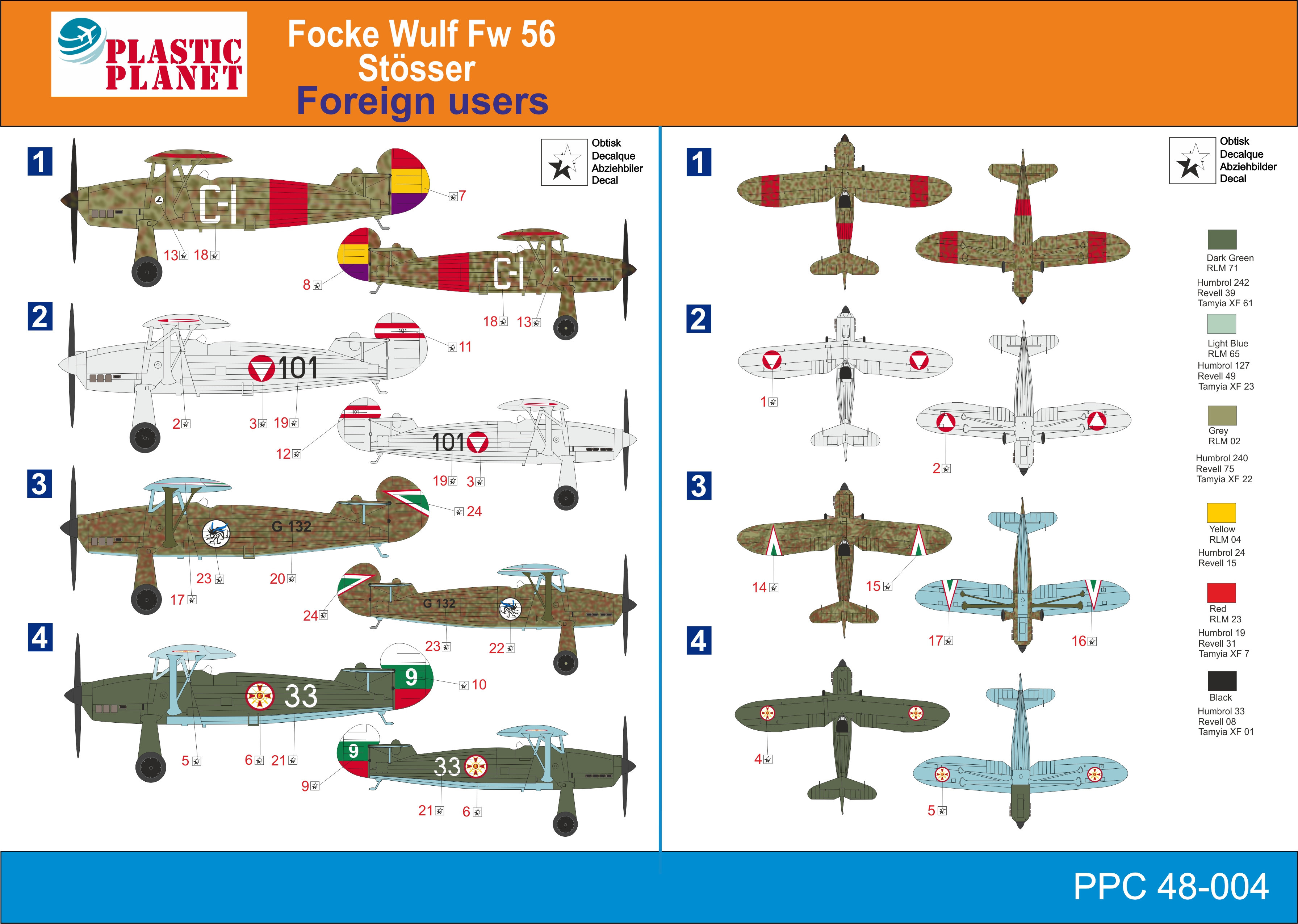 Have a nice day