At the end of the war, North American considered civilian production

At the end of the war, North American began to think about civilian production. The result was a one-engine all-metal construction with four seats aboard and a bow-shaped retractable undercarriage.

At the end of the war, North American began to think about civilian production. The result was a one-engine all-metal construction with four seats aboard and a bow-shaped retractable undercarriage. In 1946, the first prototype took off and its flight characteristics were taken by the Army Air Force, which then used the airplane as a training, reconnaissance, connecting and supply. War baptism was experienced by the Naviony in Korea, among other things, as the personal machines of Mc Arthur, Walker and Ridgway. Of course, the most interesting chapters of a service of this type include its deployment on the USS Leyte aircraft carrier. to date, I use it extensively in civil aviation, and there is no need for backgrounds or color variations. On. The L-17a Navion has only recently been available as a resin cast from Constanza. The new does not have a short-run origin - the details and engraving on the wings are very good, their hull is slightly weaker. 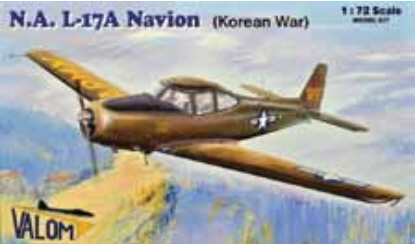 We can find the whole set on one frame, separately in the bag are transparent parts and etched planchette. We have two overlays to choose from, the etchings make especially the interior and the main chassis shaft. For the construction of the first series, holes for the undercarriage legs have to be drilled into the sheets, but this step is explained in detail in the manual. according to the words of the manufacturer in the next series will already include holes with pre-etched holes for the placement of the chassis legs. A model with a small number of parts certainly belongs to the category of less complicated buildings, but the necessary modification of the etchings is not for beginners. The coloring in both covers is attractive, and we can build a personal machine of just-mentioned Mc Arthur. 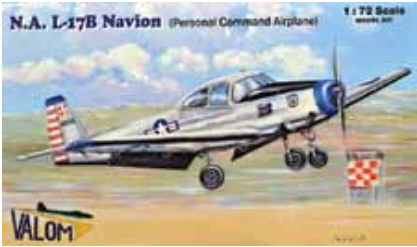