Vespid brings us a completely new, and must be noted at the outset - a very detailed, kit of the legendary Panther. The first comes the notorious G "late" - (followed by G night combat gear, G metal wheels and even a Jagdpanther.

The decision to create a new version - Ausf.G reached an agreement with M.A.N. 5/4/1943 The Panther II program was not approved for series production and production of the Panther I was to continue. However, the Ausf.G version was based on the design of the Panther II hull. Thus, the inclinations of the armored parts of the hull changed in particular. The inclination of the sides of the Ausf.G version changed to 29 ° (for Ausf.D / Ausf.A the inclination was 40 °). Other changes were: a new type of hatches for the driver and radio operator, installation of a new rotating observation periscope driver, the opening in Kugelblende got a stepped shape, which helped to ballistic protection of this part, there was a change of louvers on the engine, air intake covers for carburetors exhausts, brakes, ventilation (no more without a pair of additional pairs of exhausts on the left exhaust), increased ammunition supply to 82 pieces for the main weapon, command tanks had a reduced supply of ammunition to 64 rounds and received an additional electric generator GG 400 to power the additional radio, revised also maintenance and rescue tools mounted on the sides of the body (added a wooden pad placed under the jack, increased the thickness (32 mm) and length (8.2 m) of the rescue rope), Schürzens were mounted on an extended fender almost the entire length of the body, the relocation and shape of the shock absorbers changed…The transition of production from Ausf.A to Ausf.G took about two months, the first G began to produce M.A.N. - 4/1944. G was to be replaced by F, but due to constant delays, G was produced until the end of the war. Version G was produced in the period March 1944 to April 1945 about 2961 pieces, which made this variant the most common model. Version A was produced approximately 2200 pieces. It may seem that in the previous lines there is confusion in the sequence of markings, but the interesting thing about Panther is that there were no "alphabetical" versions but the first was D, followed by A and then G and F. 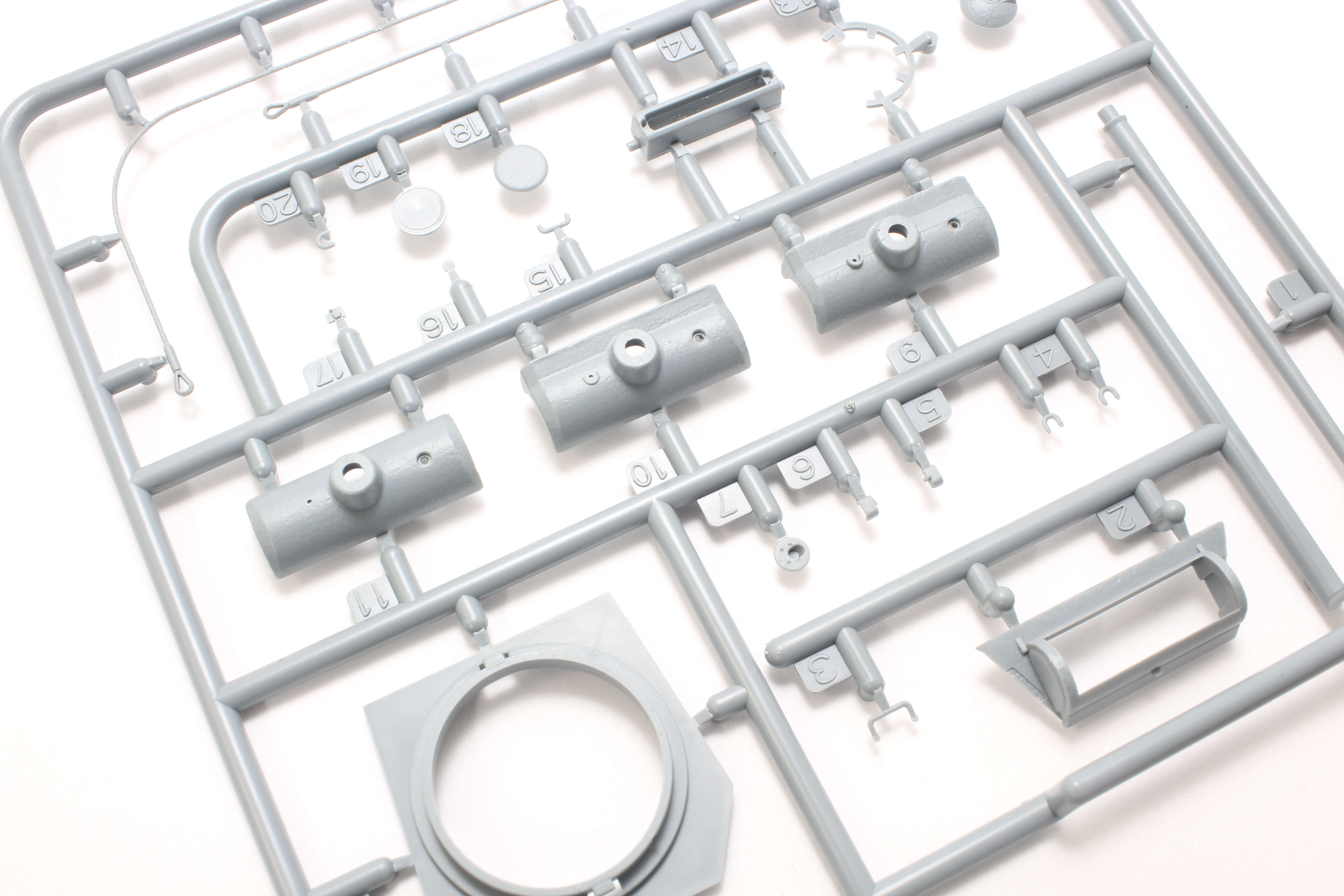 The parts are pressed precisely, without displacement of the mold or other defects. The fine dividing plane is obvious, but I haven't found parts where it would be extreme. Pleasant textures and armor are indicated by a pleasant detail. 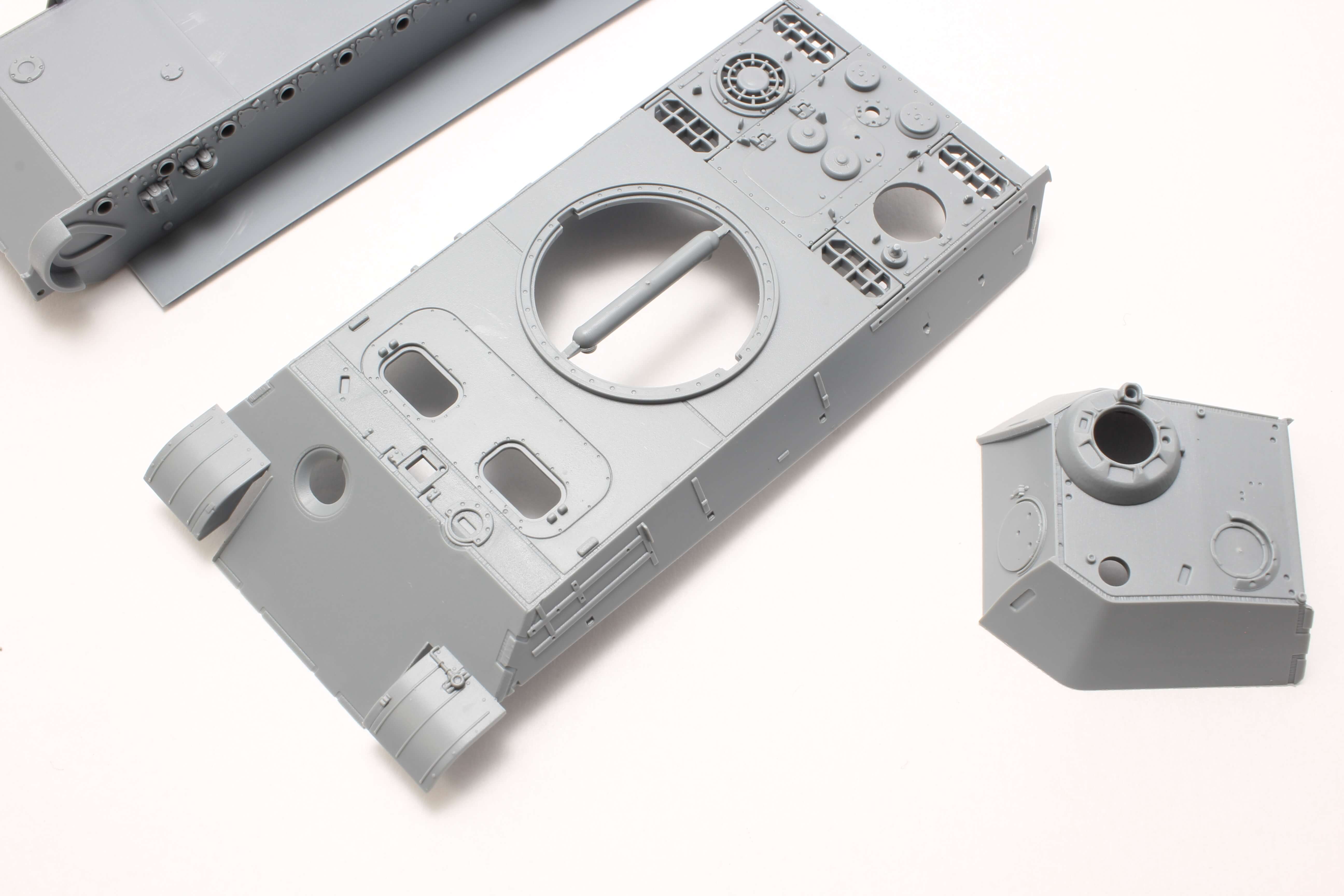 The hull of the tank is pressed with a number of details, which are otherwise made of separate parts - this will make the construction very easy for us and it is not at the expense of detail, on the contrary, which it is strongly above standard. Thanks to the assembly of only two parts, fitting is eliminated. A very pleasant detail are the indicated quarrels, which we would complicate in such a small scale. 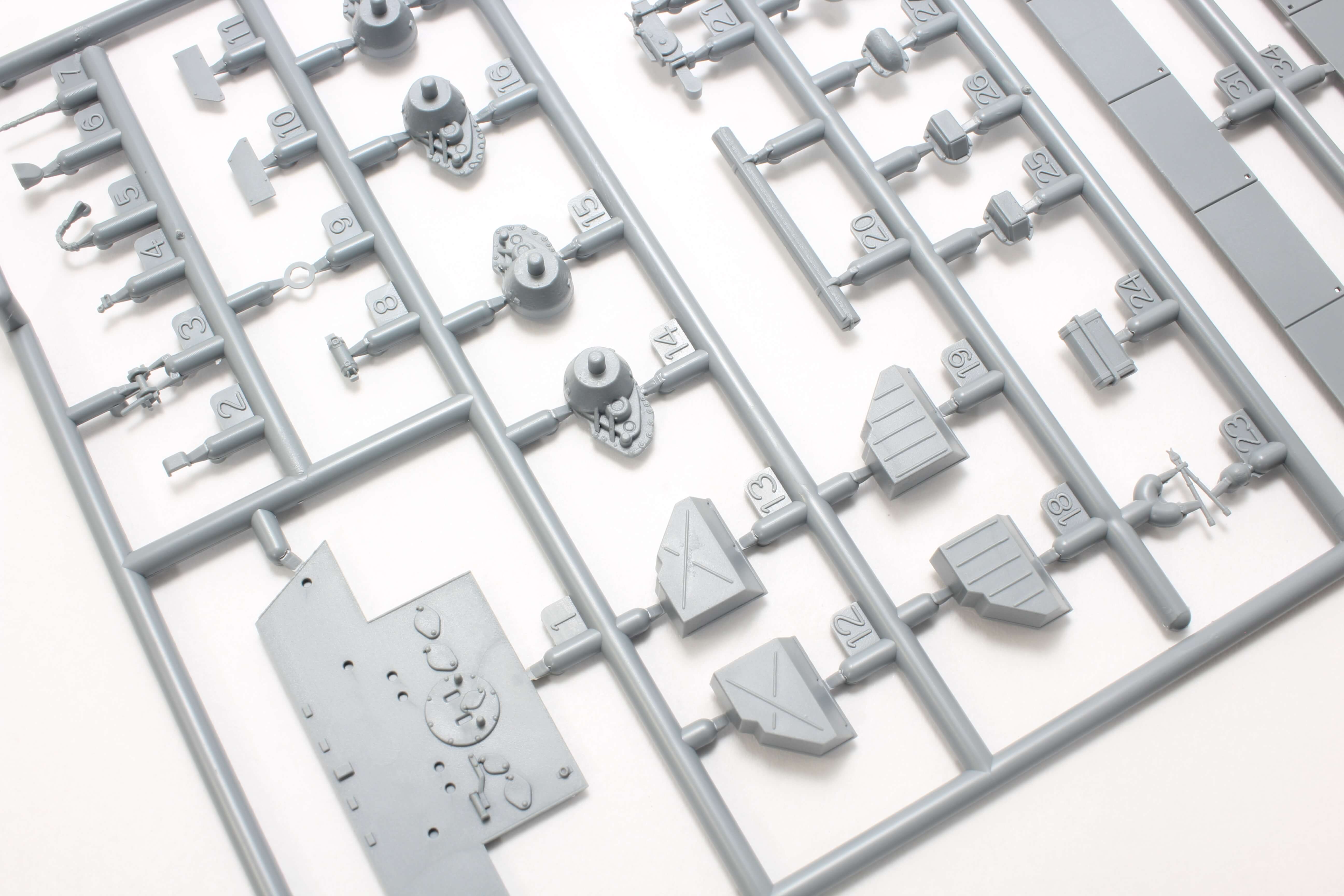 The details and design of the equipment, such as the fire brigade and wire cutters, are also very nice. We can use plastic Schürzens, or if we want to play a little more with the model, the attached etchings. 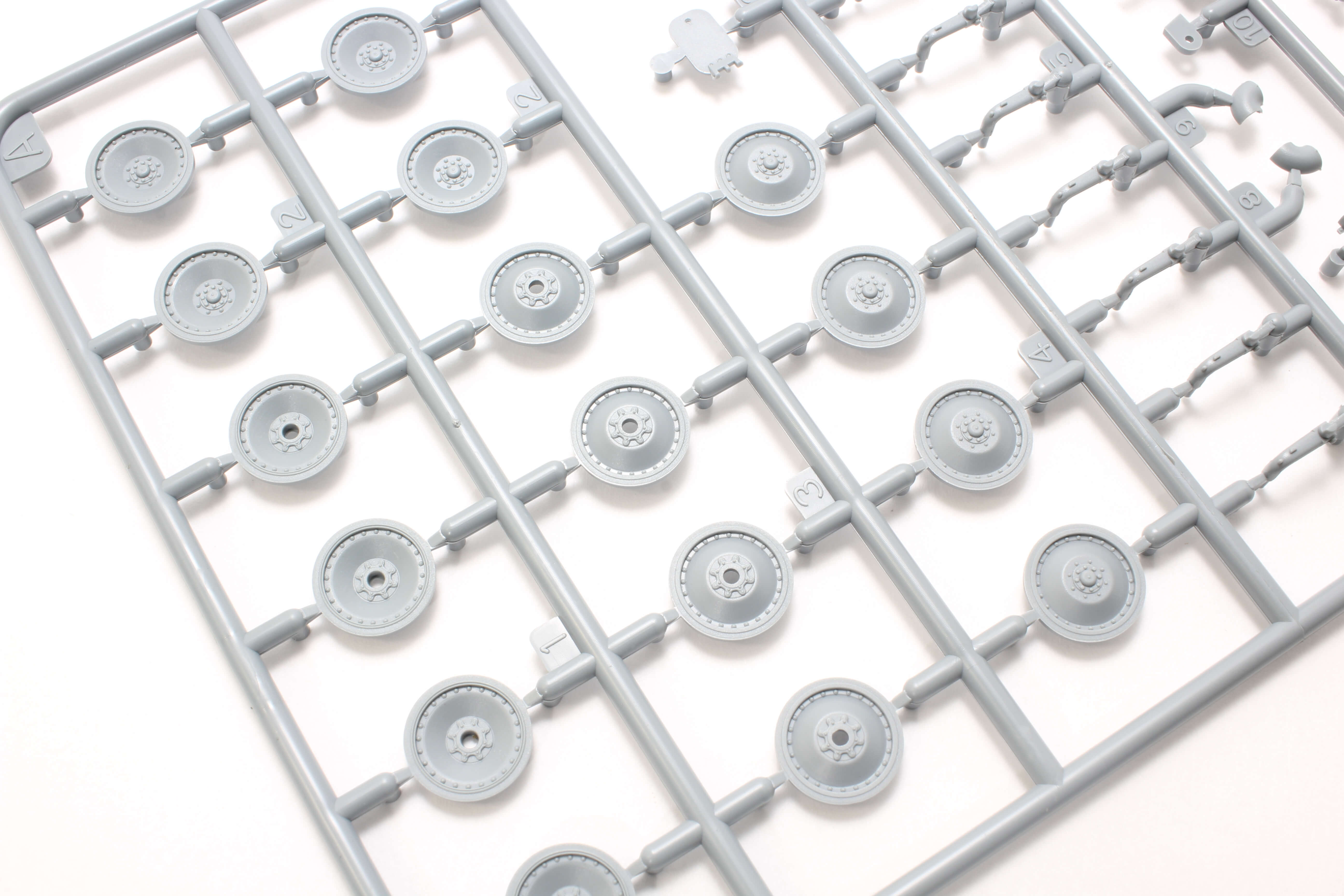 The castors have details made very precisely and finely. 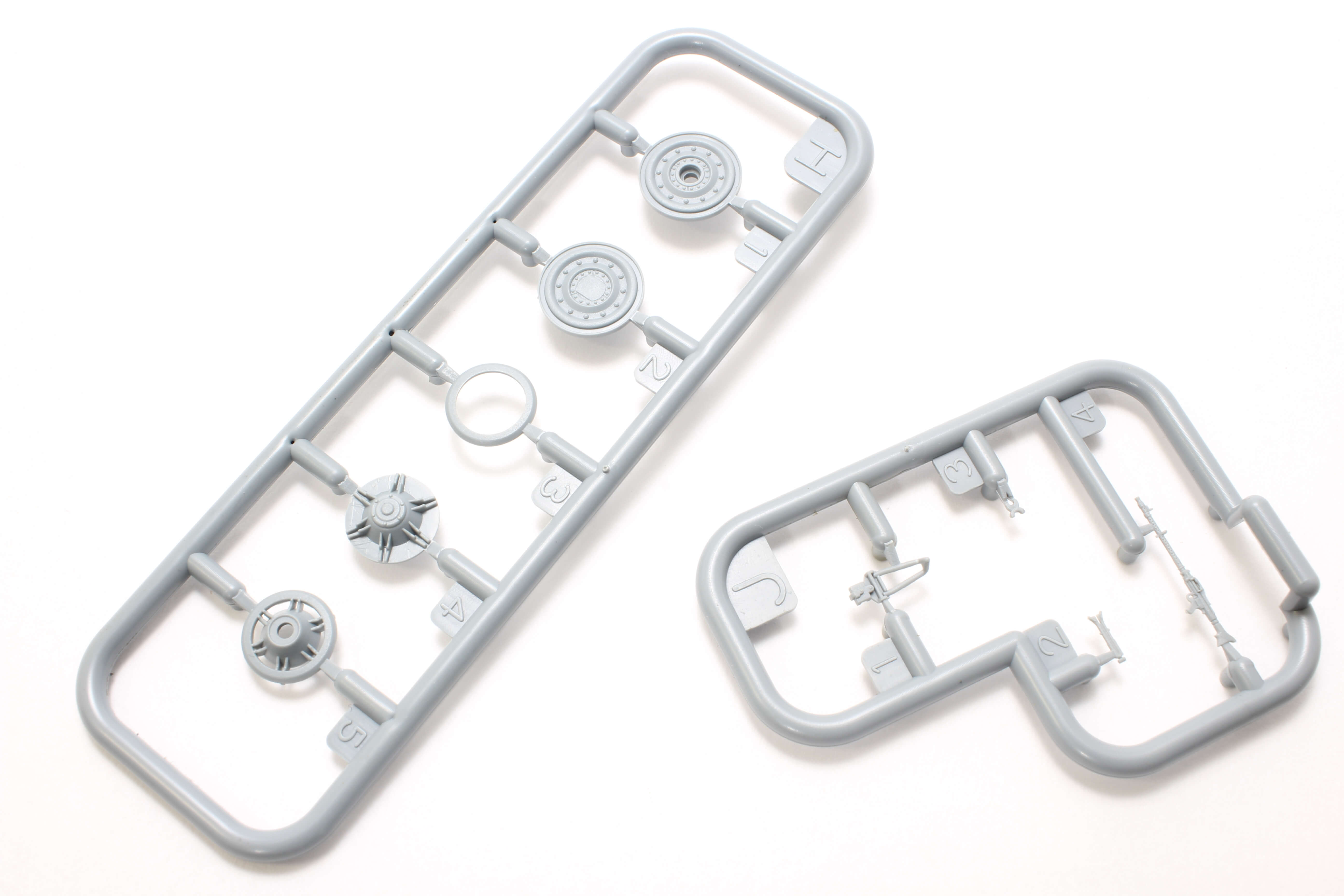 Wheels that have more plasticity are made of more parts to guarantee the quality of detail. The details of the anti-aircraft machine gun are also very successful. 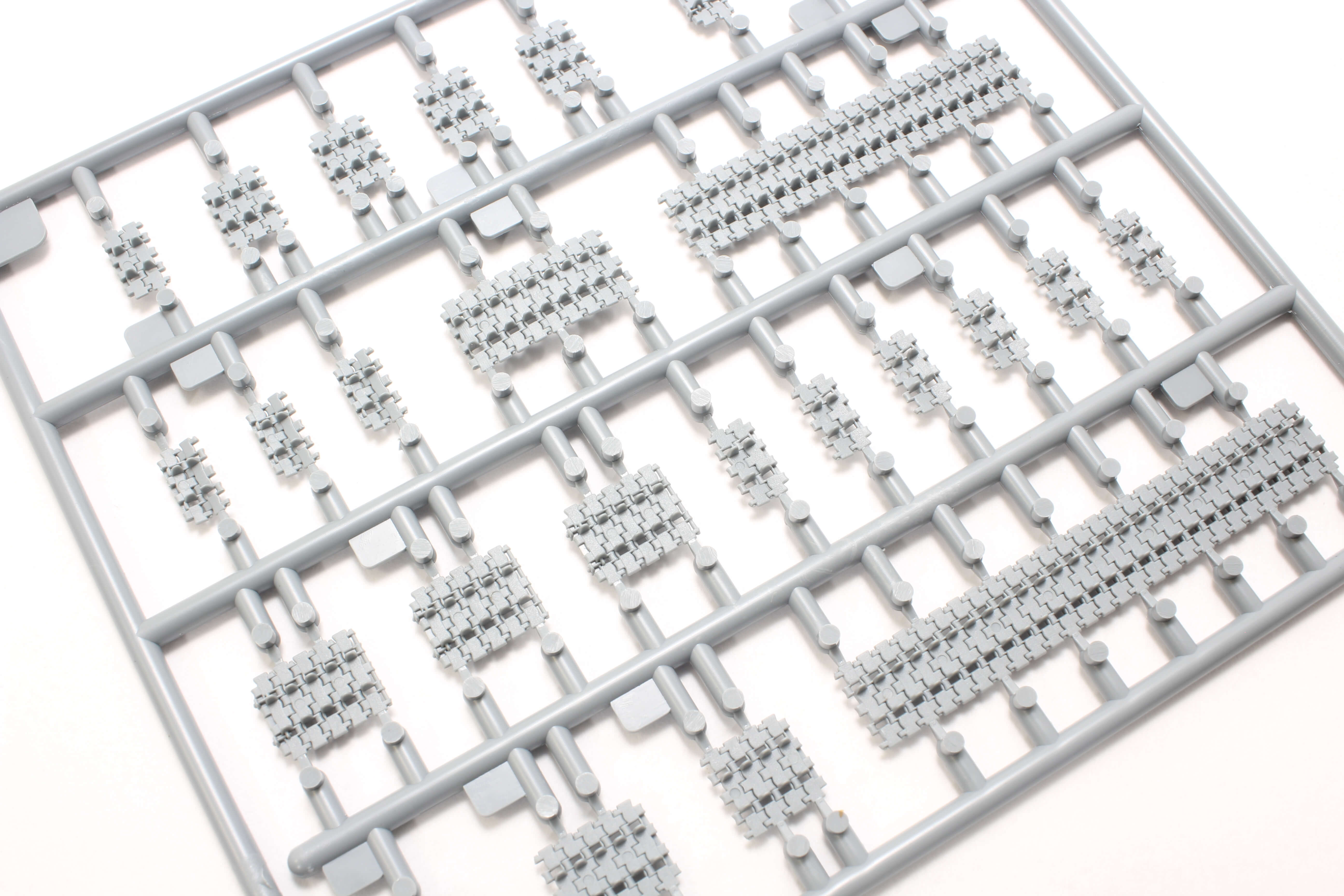 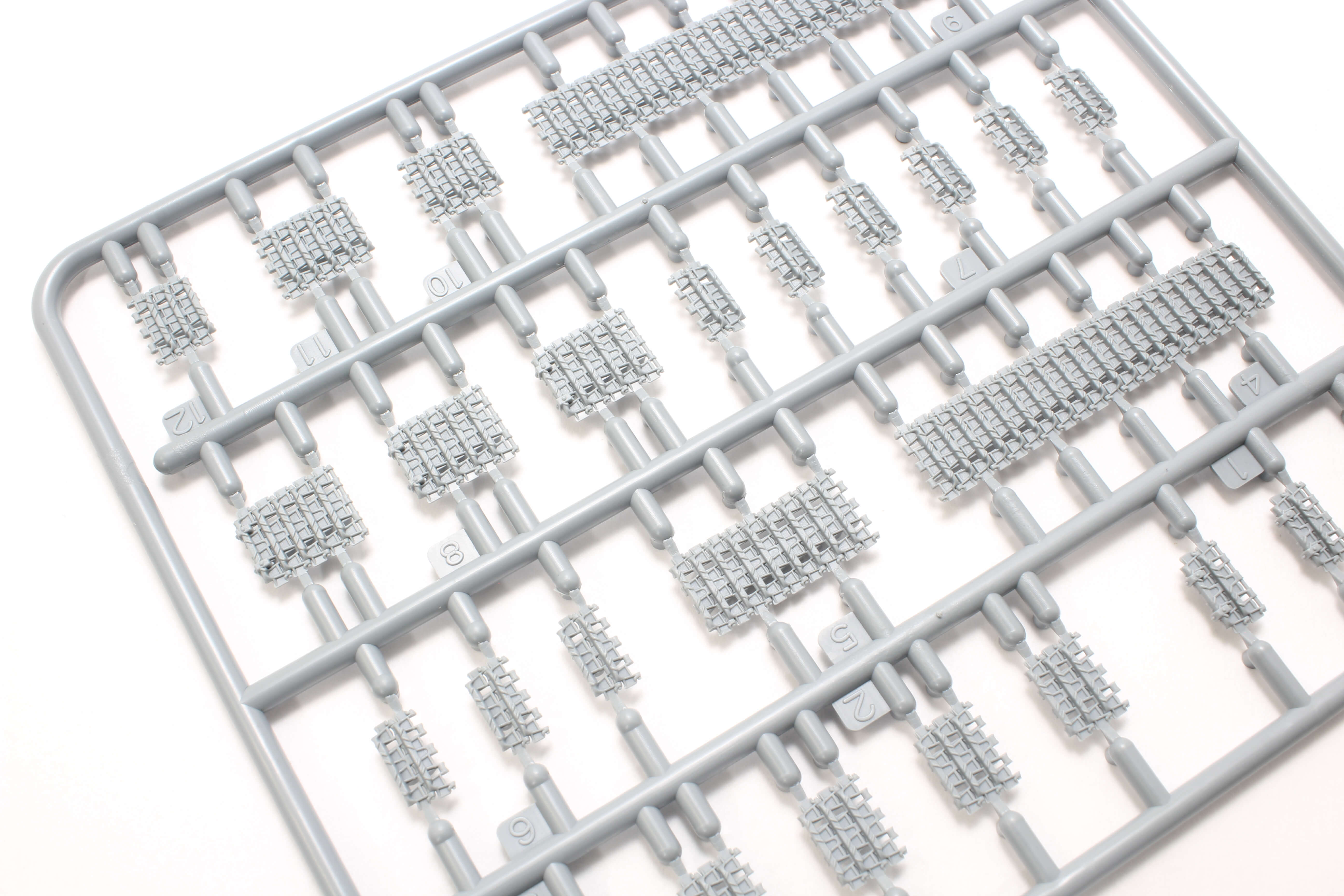 Personally, I evaluate very positively that the belts are a combination of longer "straight" parts and additional links on curved parts - this will greatly facilitate the construction, while maintaining the fineness of detail. The number of ejectors that bothered me at competing manufacturers is minimal here, and in the vast majority of places where they will not be visible after fitting the wheels. 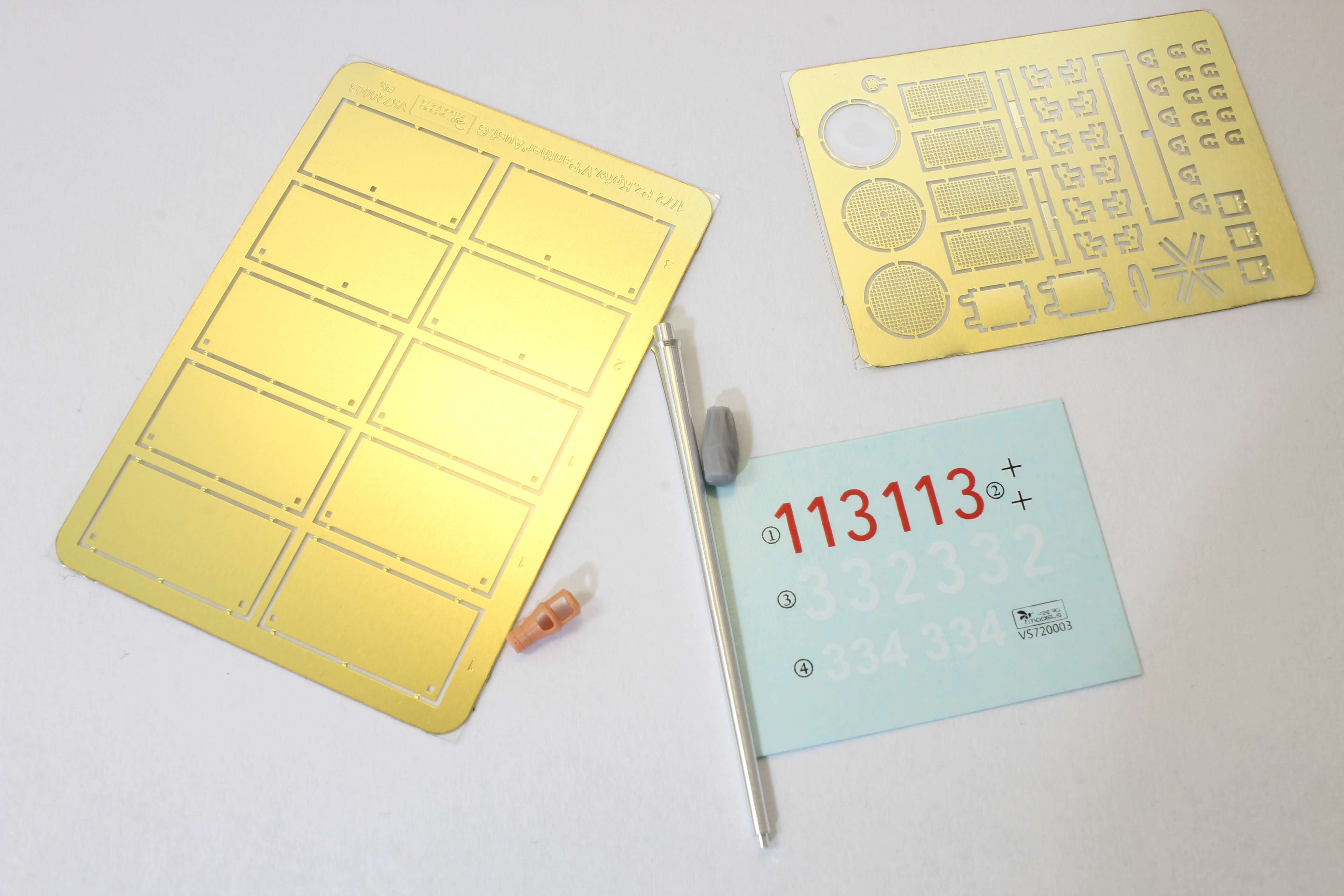 The accessories in the kit are relatively extensive on the scale - a metal barrel, a 3D printed muzzle brake of the cannon and a resin version covering it with a canvas, a pair of etching plates. The decals have a very good registration and are very thin to look at. 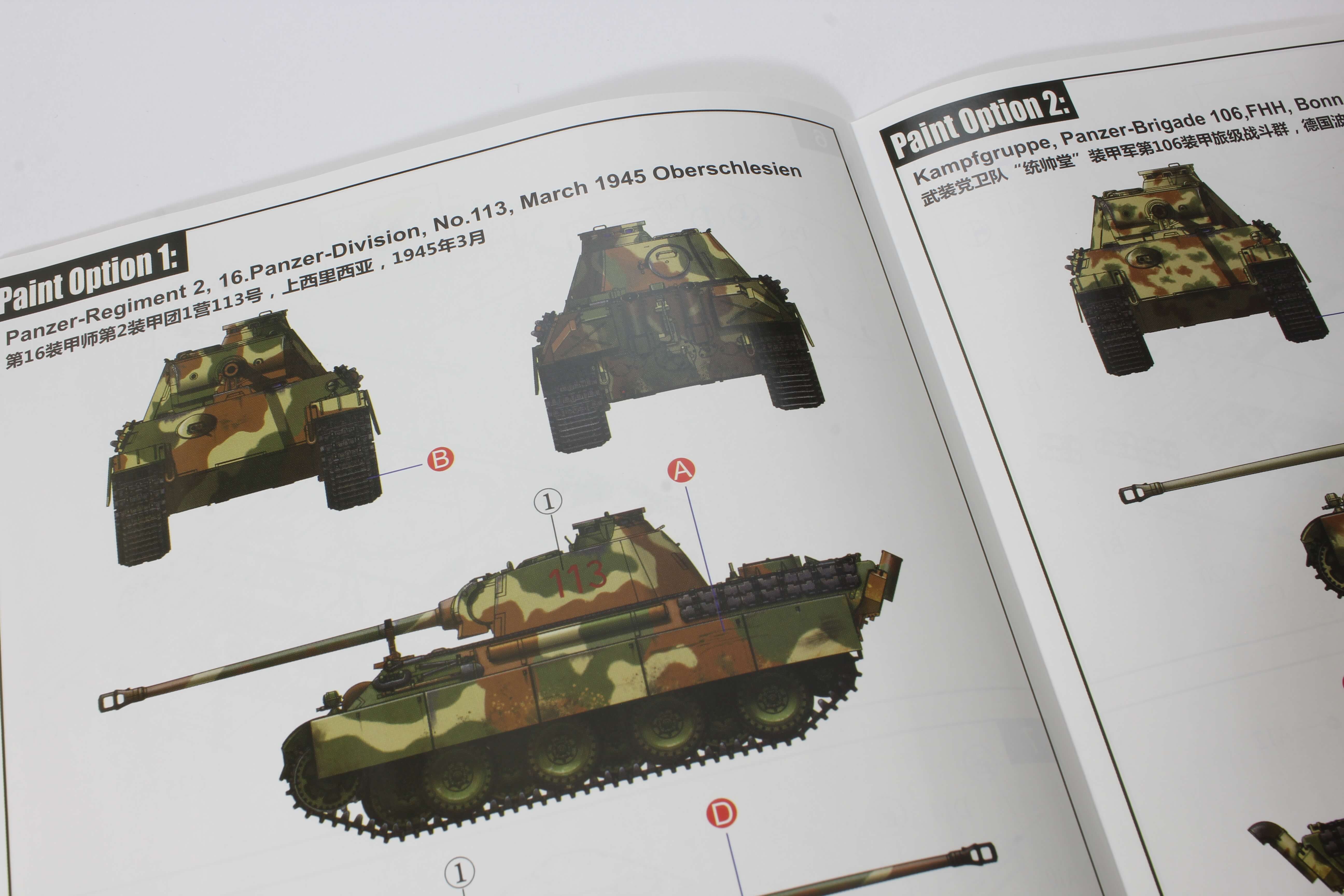 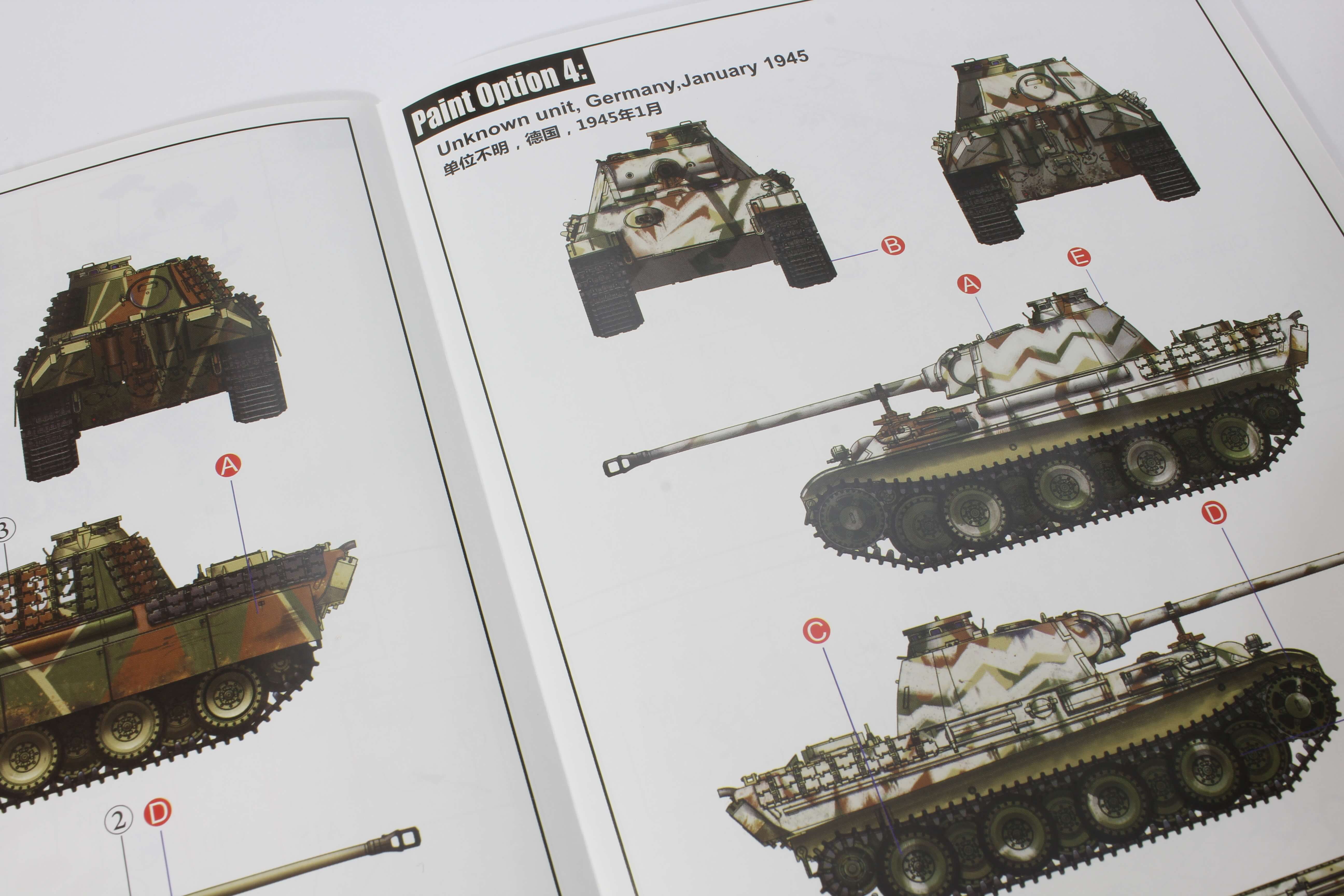 There are four very attractive - colorful camouflage available in the kit. The first two represent a type of small and large spots - three-colored camouflage. It is followed by angled fields and winter with a "tooth". Very well chosen for me. 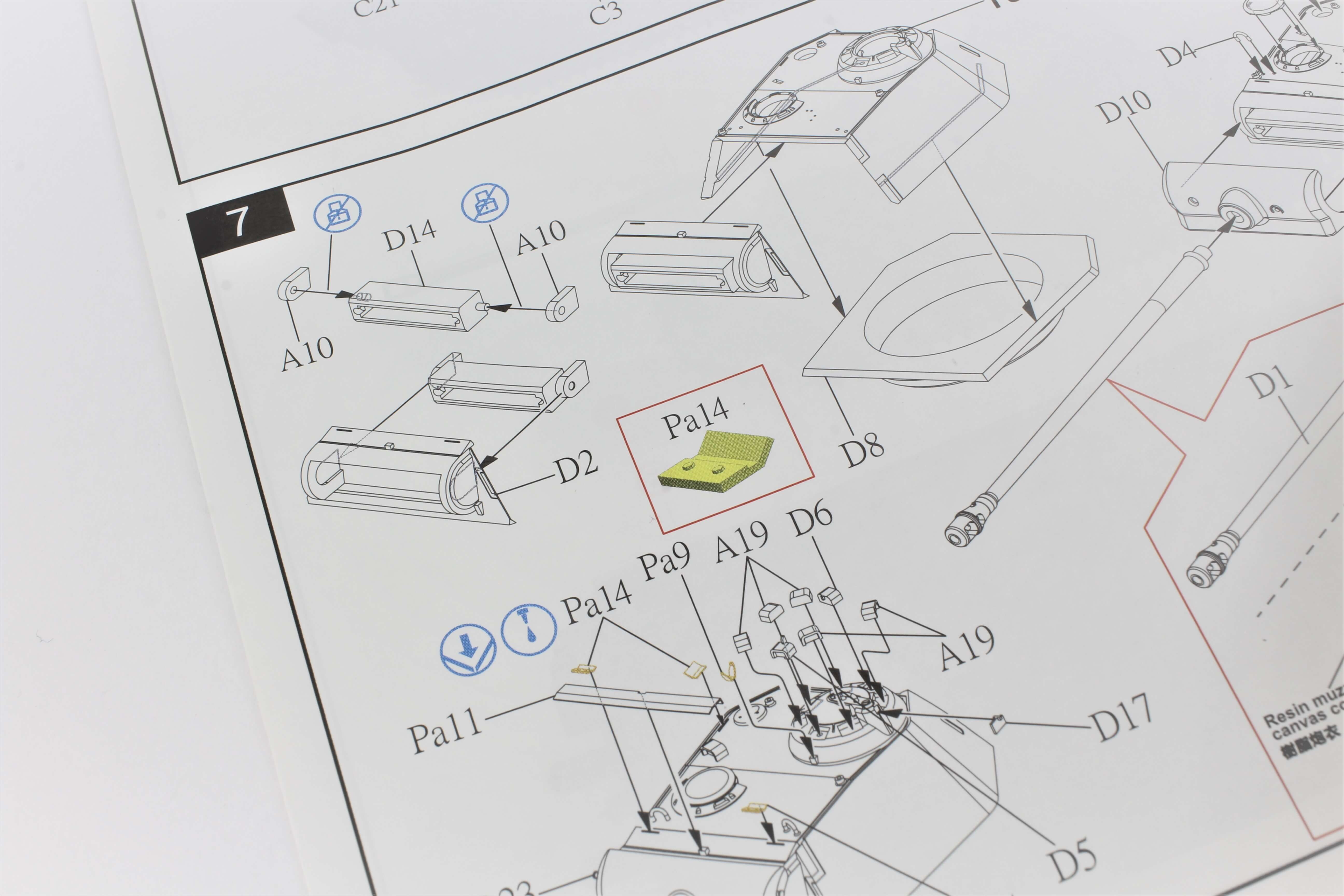 The instructions are clear and clearly accompany the construction on 11 pages. The colors are listed in Gunze H and C, Humbrol and Tamiya. 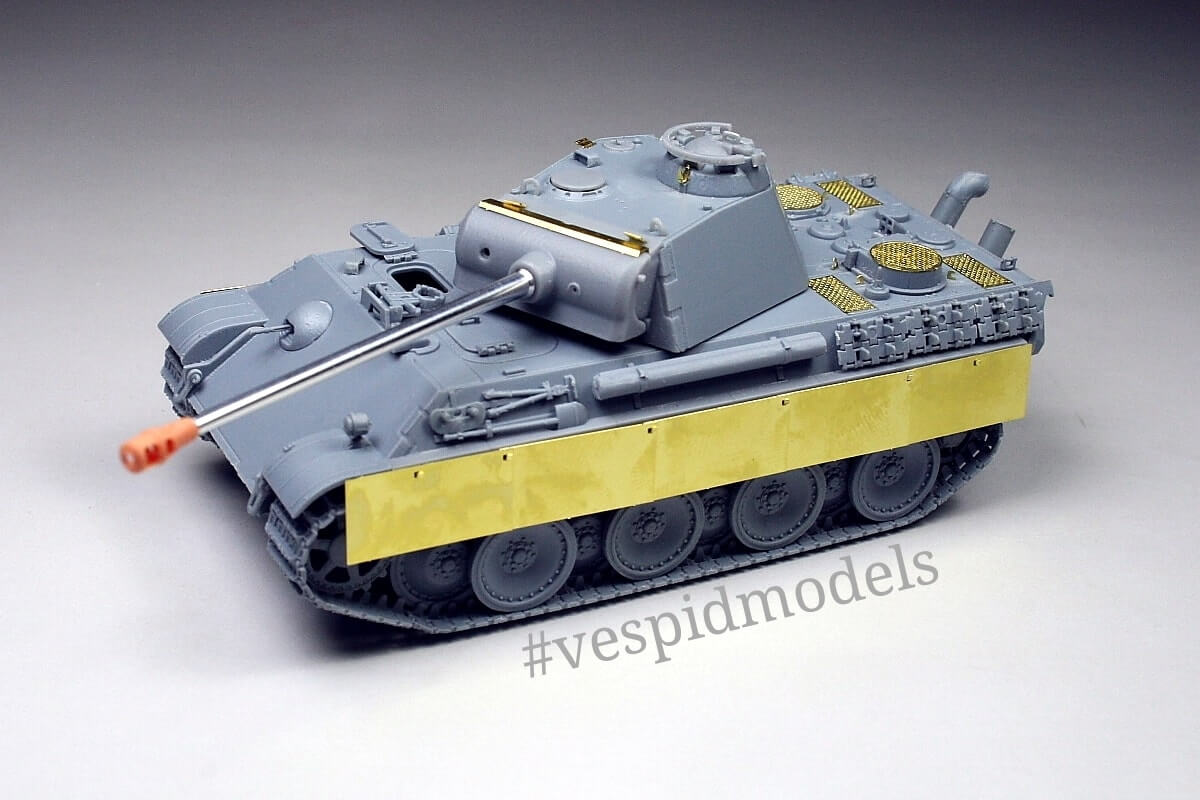 The built model of the scraper shows the range of accessories directly from the kit. So in "one box" we get everything we need and the resulting model, that in my opinion, looks very good.

More about the model read here: