The beginning of June brought a number of interesting news to our e-shop. We would like to draw your attention to kits from HK Models, Special Hobby, Amusing Hobby, Attack Kits or MiniArt. Finally, you should not miss two new publications Hurricane and Hs 129 from Valiant Wings Publishing.

the beginning of June brought a number of interesting news to our e-shop. We would like to draw your attention to kits from HK Models, Special Hobby, Amusing Hobby, Attack or MiniArt. Finally, you should not miss two new publications Hurricane and Hs 129 from Valiant Wings Publishing.

First of all, we will mention a bit untraditional news for those interested in 1/48 aircraft models. The biggest news is definitely the new long-awaited model of the legendary Avro Lancaster bomber.Special Hobby in cooperation with Eduard brought to the market the long-awaited "Thursday" model Hawker Tempest Mk.II in the Hi-Tech version. And for our bizarreness, we will finally mention the model of one project - the company Amusing Hobby launched a Thursday model of the German project Weserflug P.1003 / 1 with a folding wing. Whatever we can think about the projects, this one is definitely very unobtrusive.

MiniArt prepared a detailed model of the Soviet T-34/85 tank used by the Syrian army. We were also interested in an unusual model of a German D8506 tractor with a trailer. For the construction of a diorama, we recommend, for example, a vegetable cart.

We often do not talk about ships in our newsletter. This time it won't work for us and we will mention two novelties in 1/350 scale from the Trumpeter company. Thanks to the many Czech sailors on board, the Austro-Hungarian battleship SMS Szent István also belongs to our history. The first US aircraft carrier USS Langley was sunk during the initial fighting in the Pacific. At that time, it only served as an aircraft carrier and ensured their transport between the Dutch islands and Australia, when it was sunk by the Japanese Union. It is in this form that it is captured by a 1/350 scale model also from the Chinese Trumpeter.

At the end of the models section, we will return to combat technology in 1/72 scale. After a short break, Attack Kits returns to the market with news. The first to be launched a long-announced and postponed Jeep of Czechoslovak troops during the battles for the Dukel Pass. The model contains moldings from the S-model company, a set of glued details and mainly new decals and a set of three figures of our soldiers (driver, passenger and officer). We will stock the model later this week. 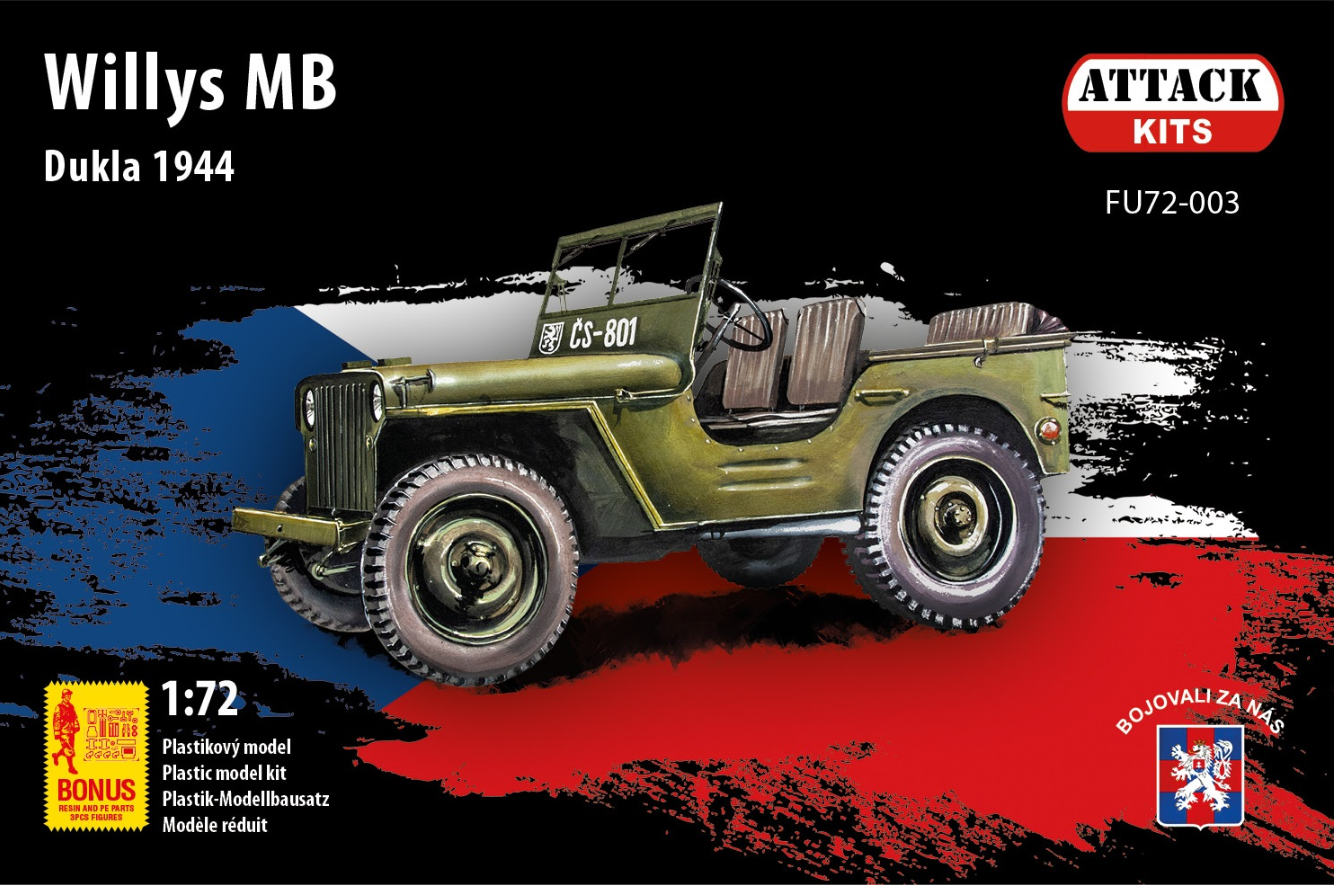 If you want to read, there is nothing better than THE HAWKER HURRICANE by Valiant Wings Publishing. It exhaustively presents all development versions of this machine from prototypes to final versions. This book contains 272 pages full of important information, without which no active modeler and hurricane enthusiast should be.

Although the Hs 129 was not as legendary as the "Hurricane", the new The Henschel Hs 129 is still worth a look. Virtually the only specialized Luftwaffe fighter was first deployed in 1942, and the last pieces fought until the end of the war. Despite the relatively small number of pieces produced…

In a number of industries, unfortunately modeling is no exception, we are seeing a gradual increase in the price of input materials and thus an overall increase in the price of products. Therefore, we will have to make both new models and re-ordered models more expensive. We hope that once the situation has stabilized, prices will gradually return to the current price level. If you are thinking of a model, now is the time to buy.

We stock many news on an ongoing basis, follow us on the web or on our facebook pages.

Thank you for your support and we will be happy to answer any questions by email shop@plasticplanet.cz, by phone at 235 315 925 or in person at the store in Prague 5 (opening hours Tuesday to Friday 12-18 h). If you need to stop at another time, call us and we will definitely make an appointment